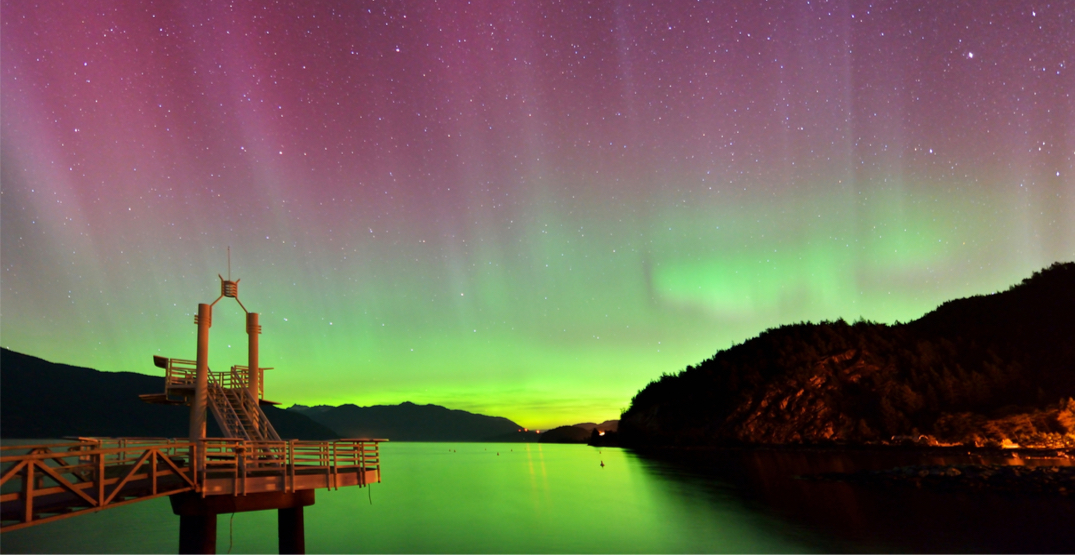 To say Vancouver is excited about the potential arrival of the Northern Lights is an understatement. Plenty of eager sky watchers headed out in the early morning hours of Saturday, October 30 to try and glimpse the aurora borealis – but they were not successful.

On Monday, October 11, plenty of locals managed to see them over Metro Vancouver.

Then, forecasts showed that the best time to see them again would be between 2 am and 5 am on October 30. Now, the forecast has changed and Vancouver could get a chance to see them on Halloween night.

From the posts on social media, it seemed like the busiest spots for viewing were at Porteau Cove, Spanish Banks, and Prospect Point.

“No Northern Lights seen from Vancouver tonight,” reads one tweet. “Prospect Point parking lot was full. Lots of young people hanging around at 3 am looking but nothing.”

No #NorthernLights seen from #Vancouver tonight. Prospect Point parking lot was full. Lots of young people hanging around at 3 am looking but nothing. If I go out tomorrow night looking I will not go back to this location. pic.twitter.com/okRFgqzTit

A reddit user shared their experience at Spanish Banks, describing it as a dud in colourful language. “The only lights I could see were from the hundreds of cars,” they wrote.

It seemed like Spanish Banks was very busy, according to Twitter users, too. If you’re planning to try and watch them for yourself, just be aware that you’re probably not the only person with the same idea.

Spanish Banks as busy at 3am as a hot summer day. #NorthernLights #Vancouver

“Spanish banks as busy at 3 am as on a hot summer day,” wrote one Twitter user.

Even people out at Porteau Cove, a great lookout spot an hour north of Vancouver where some spectacular shots of the Northern Lights have been taken in the past, seemed unsuccessful at finding any this time.

But don’t lose heart just yet. Keep in mind that these are forecasts and, just like the weather, they’re likely to change.

The National Oceanic and Atmospheric Administration’s Space Weather Prediction Center in the US issued a geomagnetic storm watch, which could increase the chances of Vancouver seeing the northern lights.

A CME associated with Thursday’s solar flare is expected to reach earth tomorrow. A G3 (Strong) Geomagnetic Storm Watch is in effect for Saturday and Sunday, and may drive the aurora over the Northeast, to the upper Midwest, to WA state. Check https://t.co/WeNidVVNv6 for updates. pic.twitter.com/GOvR3a8AJX

You can also check the Aurora Forecast from the University of Alaska Fairbanks for more tips and Space Weather Live to see the probability forecast.