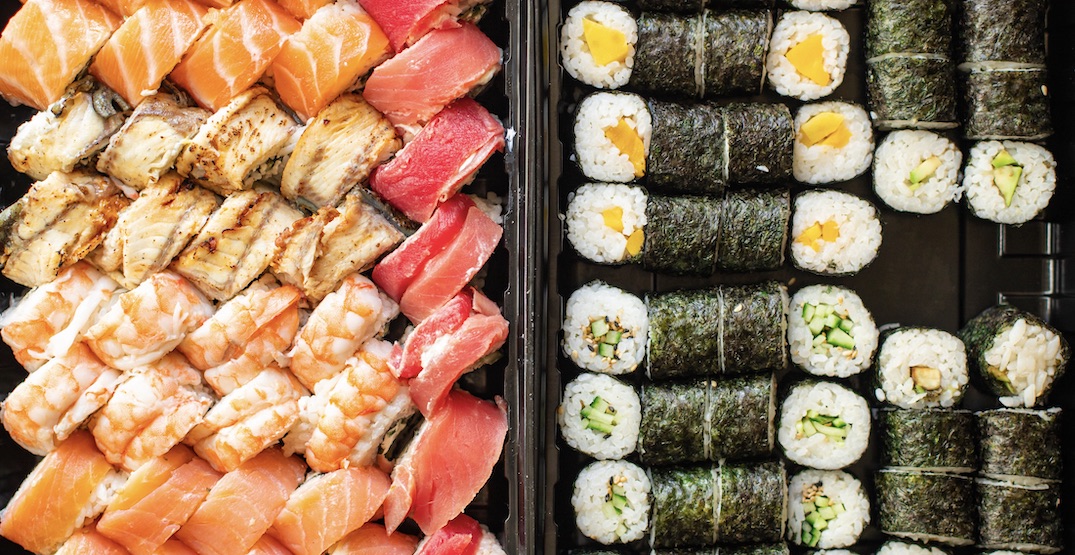 According to a brand new study, Vancouver is the most sushi-crazed city in the world outside of Japan.

Tell us something we don’t already know!

The Chef’s Pencil report published today outlines that Vancouver, BC, topped the list with a perfect score (100 out of 100) based on Google Trends data relating to sushi-related searches.

This study found that Novosibirsk, Russia, and Odessa, Ukraine, took the second and third spots on the list of the cities with the highest concentration of sushi-lovers.

Montreal was the only other Canadian city to make this list, coming in at 11th with a popularity score of 62, making it the second most sushi-crazed destination in North America. 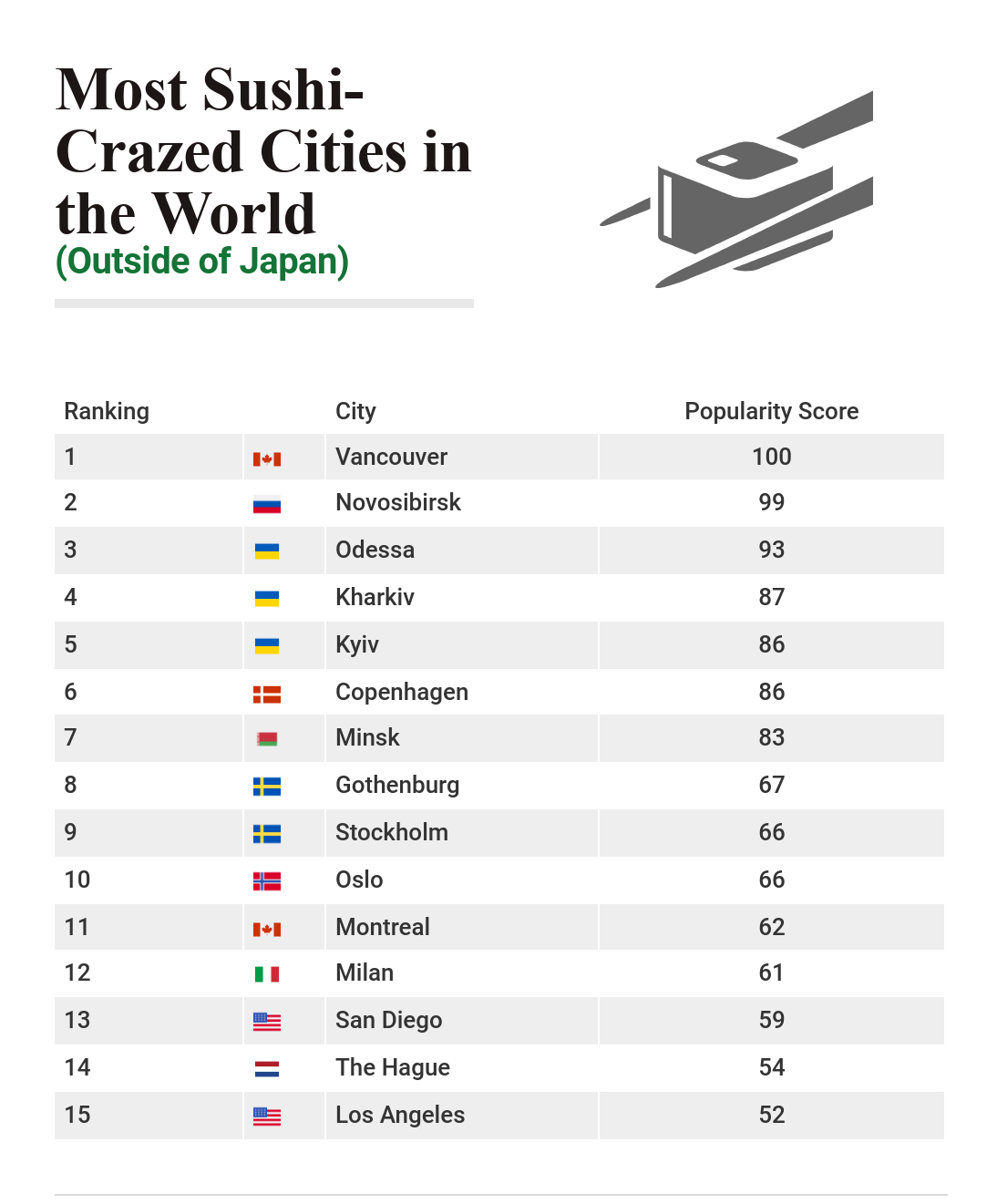 The platform claims that, based on its findings, our favourite, flavourful Japanese export has nearly doubled in popularity over the past decade. 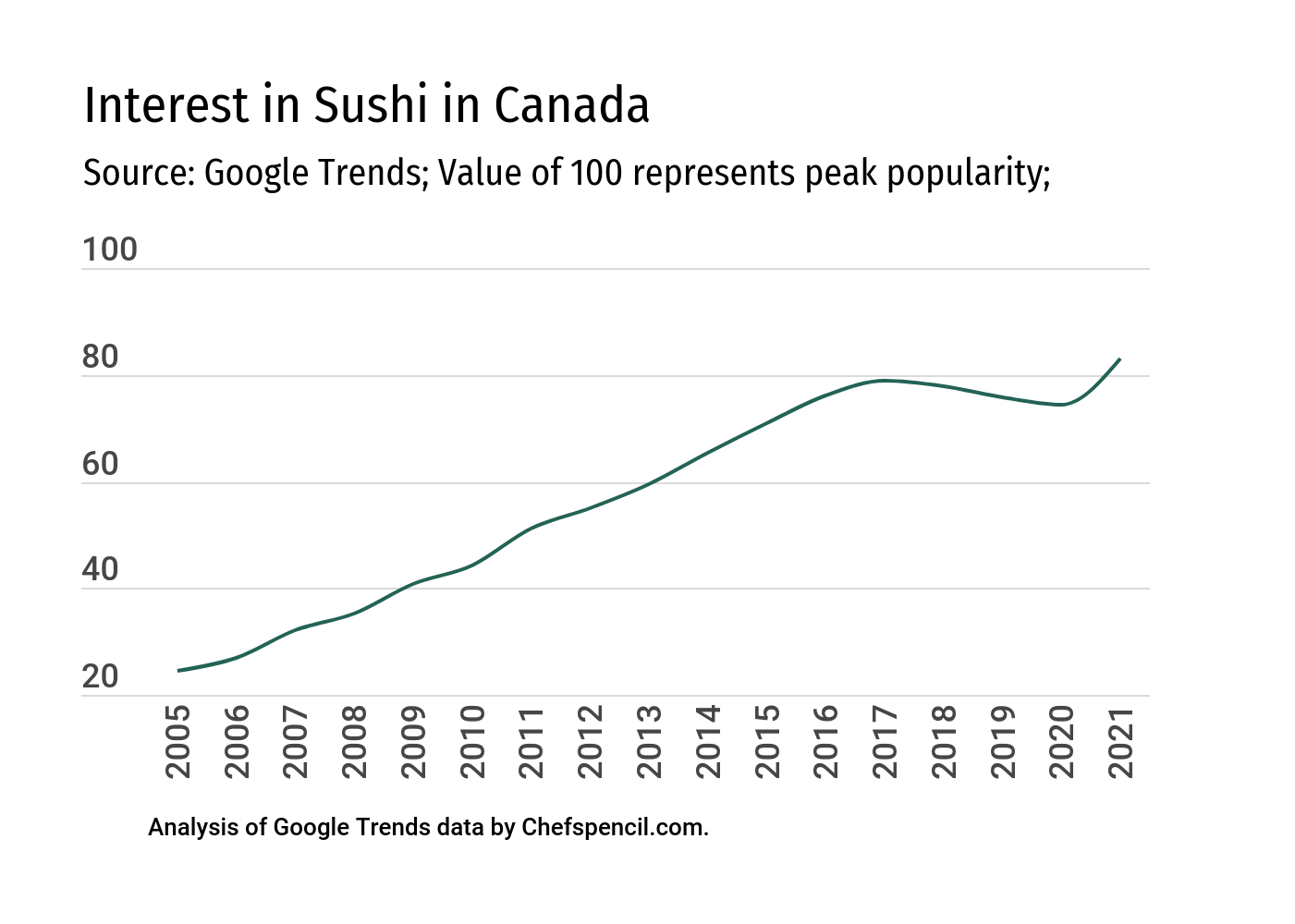 We didn’t necessarily need a report to tell us how much Vancouver loves sushi, but this story makes us crave the dish more than ever.

Here’s where to find the best sushi in Vancouver and some cheaper options too!