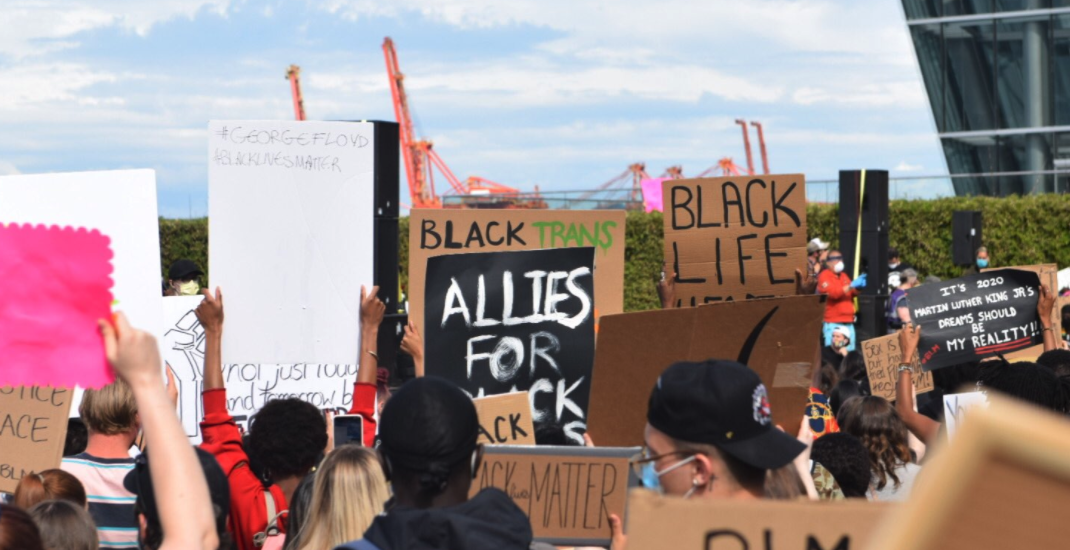 “As Vancouver residents gather to protest systemic racism and violence against Black, Indigenous, and Peoples of Colour, I want to again, acknowledge the fear, pain, anger, and outrage many of our neighbours are feeling today and everyday,” wrote Stewart.

My statement on today’s anti-racism protest and the ongoing conversations around racism in Vancouver, Canada, and around the world.#vanpoli pic.twitter.com/qsTKdF46Ay

The mayor continued saying that now is a “moment for leaders and decision makers to listen carefully to the voices of those who are too often ignored or silenced.”

“Racism is a Canadian problem,” said Stewart, adding that it is a problem “here in Vancouver.”

“Racism is alive and it is systemic. Our very institutions are embedded with systemic injustices that we must work every day to identify and root out. This will not be easy, nor will it be quick but it can and must happen.”

Stewart also commended Friday’s protest organizers for “shining a powerful light on the injustices and racism that occur every day in our city and around the world.”

The City of Vancouver also released a statement to acknowledge “the impacts of individual, structural, and systemic racism.”

“We will be approaching the diverse Black and African diaspora communities in the next few weeks about engaging in dialogue about anti-racism and to find out their suggested actions for our work,” said the City.