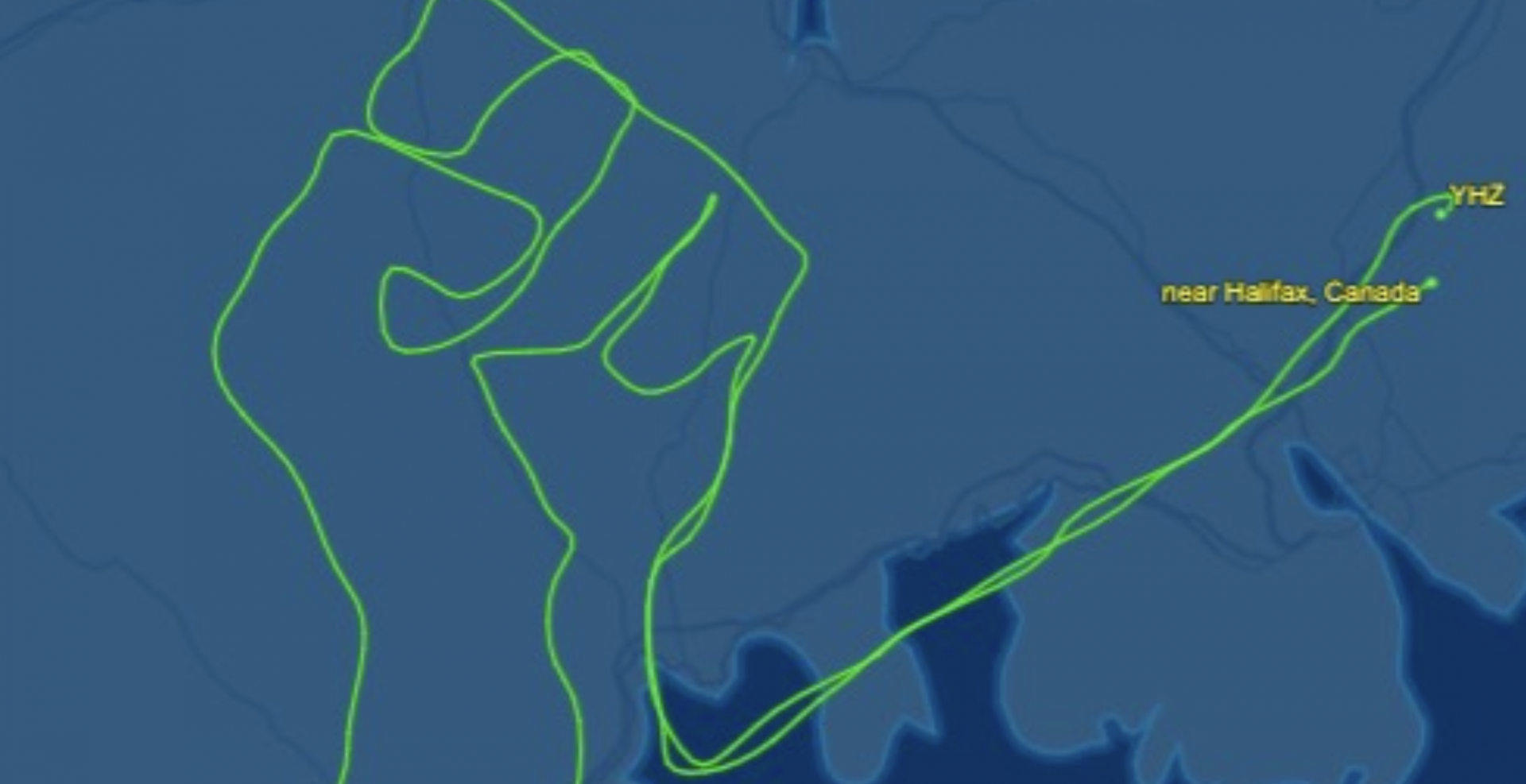 While thousands have mobilized on the ground to protest against police brutality and racism following the killing of George Floyd, one Canadian pilot took to the skies to show their solidarity.

On Thursday, Dimitri Neonakis wrote on Facebook that the flight-path drawing was “For George.”

“Today I flew this 330 nautical mile flight pattern which took the shape of a movement symbol which I respect and support,” wrote Neonakis.

“While I was up there moving around free, the words of George Floyd ‘I can’t Breath’ came to mind a few times, a stark contrast.”

Neonakis also shared an image of the raised fist — which has been a long-standing symbol for anti-Black racism and solidarity with oppressed groups — as he flew out of Halifax back into the city’s international airport.

“I see a World of one race in multi colours — this is the World I see, and this is my message!! End Racism,” concluded Neonakis.