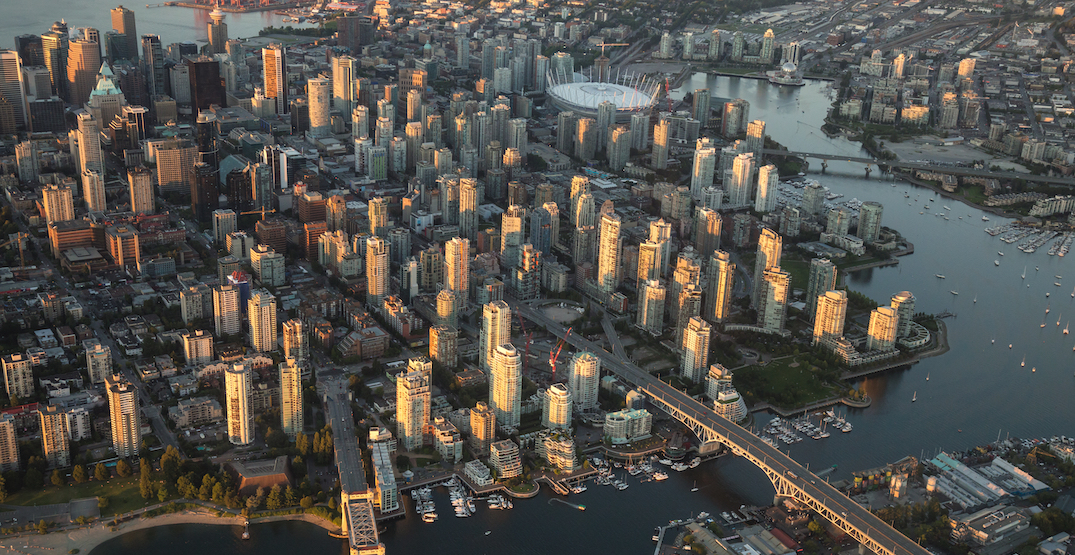 Staff with the City of Vancouver are proposing a pivot for the city’s short- and long-term housing strategy to reflect the shortfalls in its current plan made apparent by COVID-19.

They have indicated a desire to fast-track the review and approval processes for a range of identified affordable and market rental residential development applications.

During a City Council meeting earlier this week, Gil Kelley, general manager of planning, urban design, and sustainability for the City, said there will be “a new normal” with “adaptive, transformative change” arising from the need to fill in the serious cracks and vulnerabilities that have been exacerbated by the pandemic.

Planning work on the Vancouver Plan that began before the pandemic will be reframed to focus on coronavirus response and recovery.

The housing implementation strategy is split into three stages over the next few years, beginning with the current “Emergency Response” to support the homeless.

State of housing in Vancouver. (City of Vancouver)

Over the longer term, the refined housing approach aims to address the issues that prevailed before the pandemic and were inflamed by the crisis, while also stimulating the economy and creating jobs through new construction.

The City states it needs to prioritize the housing market’s recovery given that “Vancouver’s economy depends on housing,” with the real estate market being a leading supporter of finance, insurance, operations, maintenance, sales, marketing, public administration, development services, and construction businesses. These industries combined account for 31% of Metro Vancouver’s GDP.

The first stage of the “Emergency Response,” largely dealing with the homeless and other at-risk individuals, is now largely underway, entailing the opening of emergency recovery centres and hotel accommodations, and improving basic needs such as food and hygiene for the homeless and single resident occupancy (SROs) tenants.

The concurrent second stage of “Immediate Response Actions,” running through December 2020, will aim to prioritize high-impact affordable housing applications already in the review pipeline, such as projects with shelter rate and below-market units, as well as “shovel ready” affordable and market rental projects, and non-profit and co-op housing.

This includes the intention to implement the new C2 “rental bonus” district schedules that will expedite the delivery of rental housing in areas with this zoning, and exploring city-initiated rezoning in the Oakridge Municipal Town Centre. 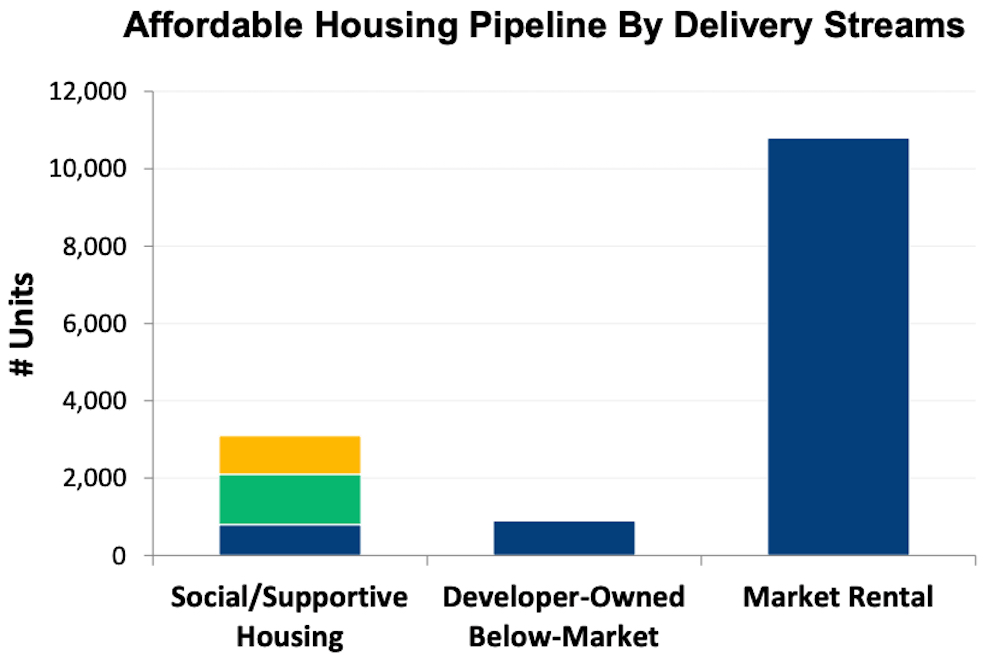 Currently, there are about 15,000 housing units either in the pre-application inquiry process or the formal application process. This includes:

The process of creating the policy framework for these new accelerated housing application review strategies will be expedited by three to six months, with completion before the end of 2020.

But there will be a seven-month delay in finalizing the Broadway Plan, which was originally set for City Council’s review and approval in late 2020. Instead, council will review the final draft of the Broadway Plan in the third quarter of 2021.

As well, the municipal government will “proactively” engage private and community housing sector partners to support market and non-market developments while working with the federal and provincial governments to provide incentives or funding to increase the affordability of the homes in these projects.

The third and final stage to be conducted over the next two years seeks to “re-calibrate” the housing system in order to “emerge from the current crisis and prepare for the future.” This means creating housing that is more in line with local incomes, and ensuring policies reflect the reality of the majority of households.

In the Downtown Eastside, the city will accelerate the conversion of private SROs to self-contained social housing.

In addition, it will significantly scale up community and public housing projects under the Vancouver Affordable Housing Endowment Fund, work with senior governments to accelerate stimulus spending on new affordable housing, support landlords who reinvest in their properties, and create policies that better ensure housing is used as homes instead of speculative investment.

With the surge in tenants unable to pay their rent due to lost employment from the recession, the city is increasingly concerned that a growing number of landlords may be unable to cover their mortgage and maintenance costs. As a result, they could be enticed to sell their properties to speculative investors.

The cost of maintenance and repairs for most of Vancouver’s secured purpose-built rental housing is growing due to the age of the buildings. These older buildings are increasingly in need of renewal or replacement. According to the city, 22% of these rental buildings were built before 1950, 63% between 1950 and 1979, 8% between 1980 and 2009, and 6% between 2010 and 2018.

The multi-year process of creating the Vancouver Plan will be realigned with the post-pandemic housing goals of creating new affordable housing stock and protecting existing supply. It is one of the components of the reframed Vancouver Plan.

State of housing in Vancouver. (City of Vancouver)

As another measure to create more rental housing, the city will work with developers to increase rental and non-market housing in major development projects.

Steps could be taken to provide certainty to property owners and developers by delivery by moving towards pre-zoning, which would shorten the development approvals process. After the framework is created and approved by council, application processing times for new social housing, below-market, and market rental housing will be reduced by 12 months to 18 months.

Altogether, the third stage aims to accelerate the creation of the 72,000 new additional homes envisioned under the city’s 10-year Housing Vancouver strategy, between 2018 and 2027.

Editor’s note: This article has been edited to provide clarity on the city’s new efforts to prioritize the city’s review and approval processes of identified projects, as well as the timeline of the new frameworks.