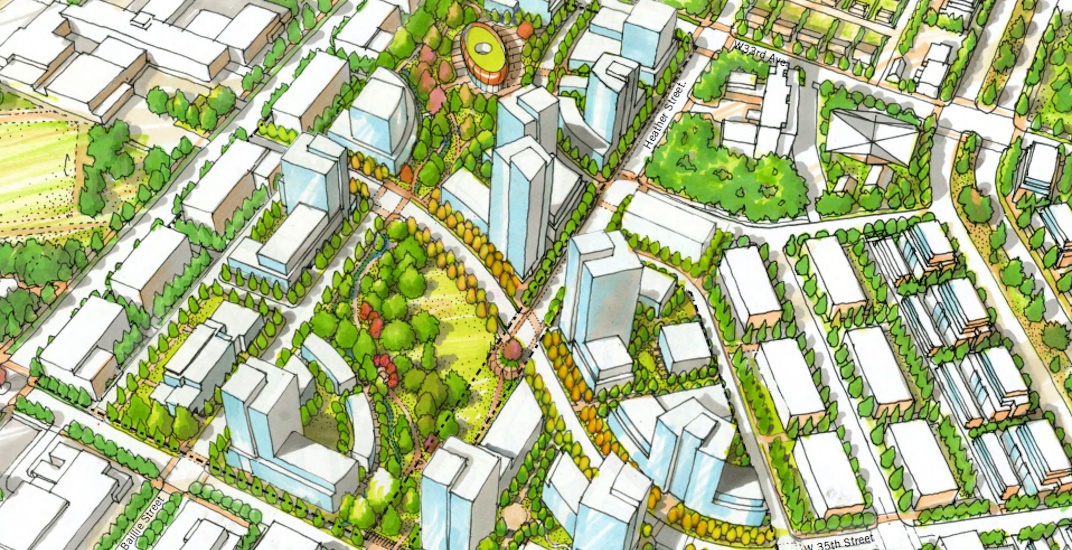 Another neighbourhood-sized redevelopment has been proposed for the Cambie Street Corridor in Vancouver. 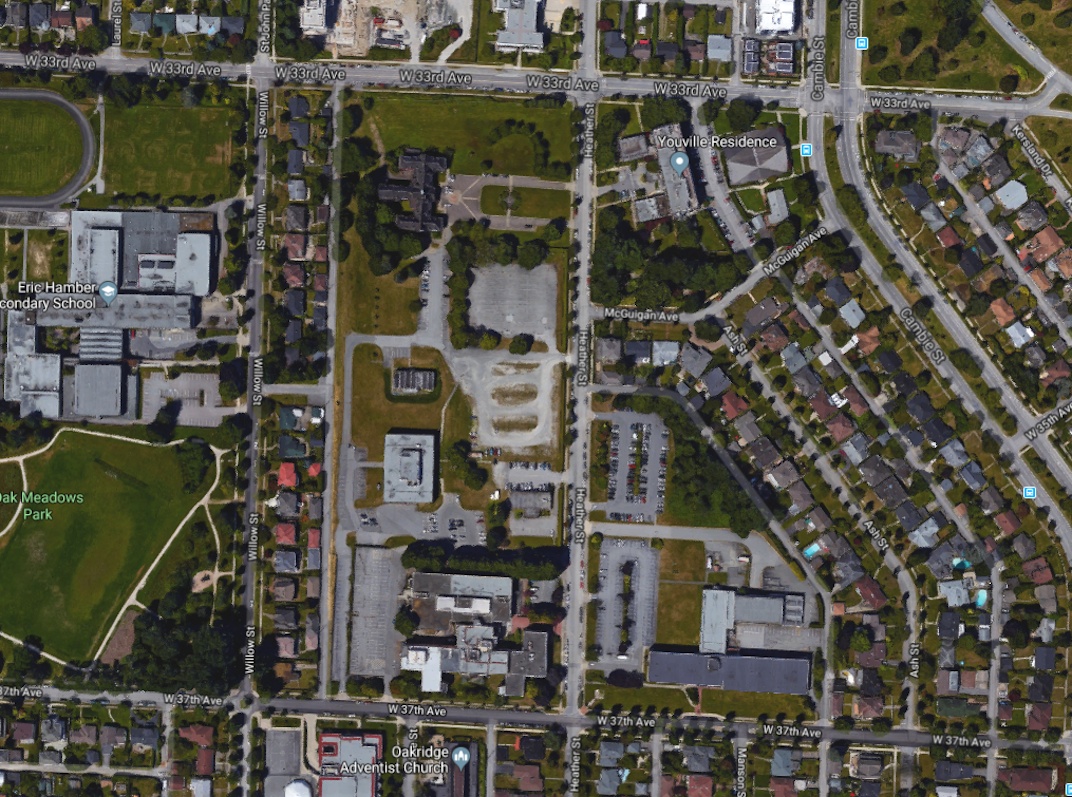 Aerial view of the existing condition of the old RCMP headquarters at the Heather Street Lands. (Google Maps) 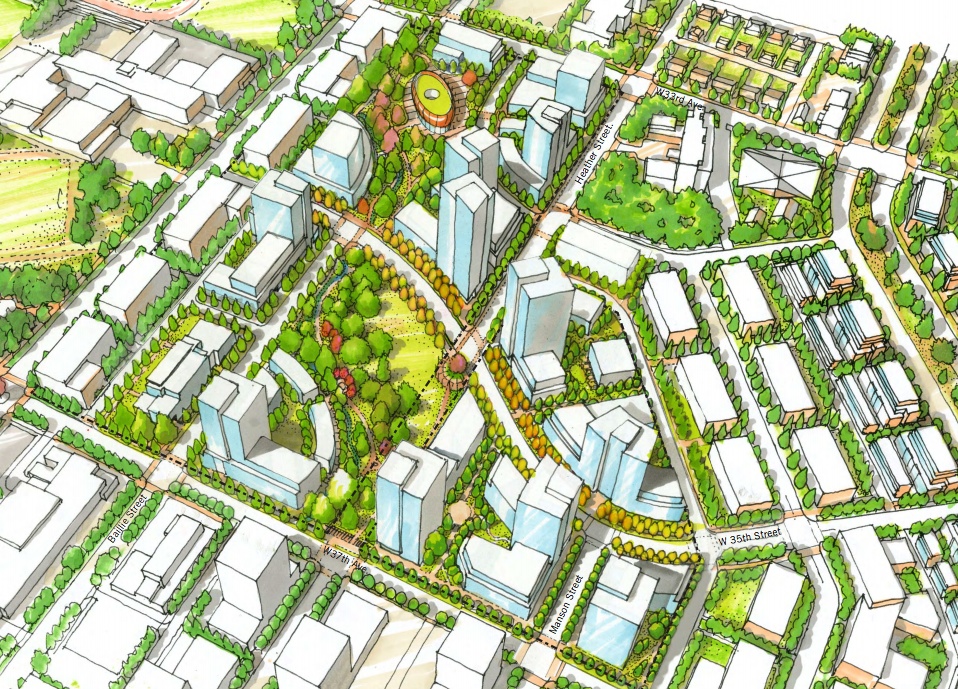 The policy statement will provide guidance on land use, density, building types, heights, transportation, and public amenities for the future rezoning of the multi-phased redevelopment. 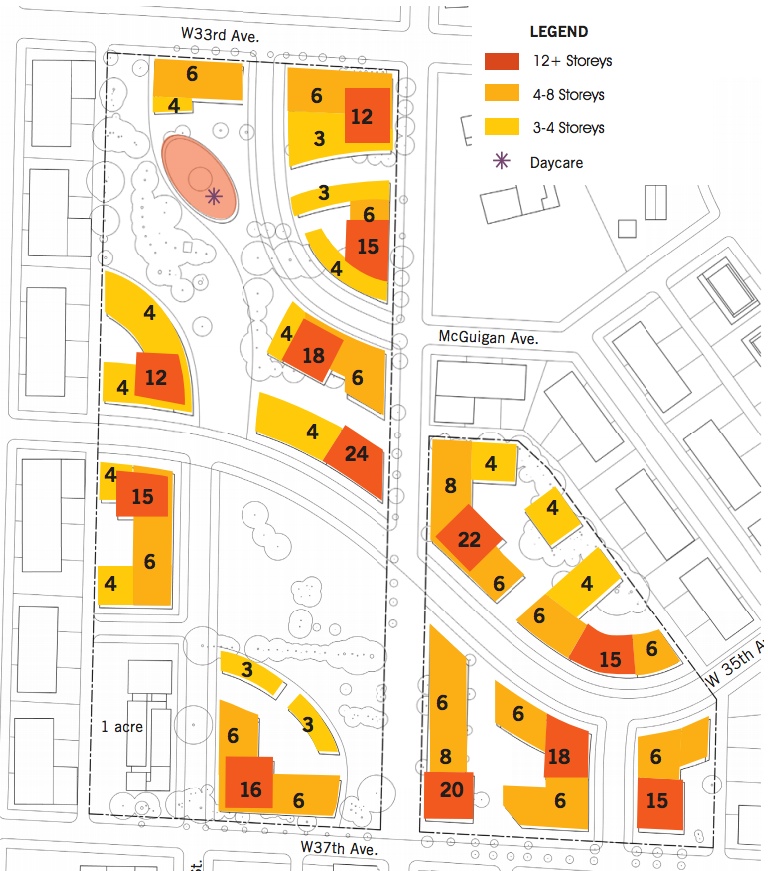 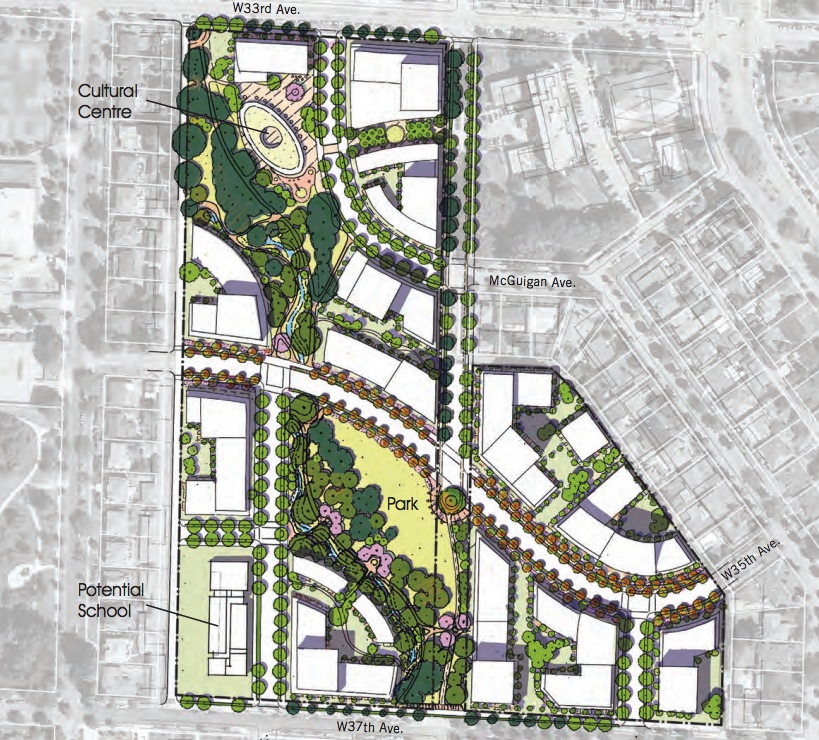 The Heather Lands are jointly owned by Canada Lands Company and three local First Nations. With the approval, the redevelopment will consist of:

The cultural centre will replace the 1912-built Fairmont Academy, which will be relocated to another location in the city given its heritage value. If a new site cannot be found for the building, the structure will be demolished, which is the desire of the First Nations groups involved in the project.

Similar policy statements processes were also conducted for the redevelopment plans of Oakridge Centre, TransLink’s old Oakridge bus depot, Langara Gardens, and Pearson Dogwood. Much of the 32,000 new homes for 50,000 people planned for the Cambie Corridor over the next two decades will be within these neighbourhood-sized redevelopments.