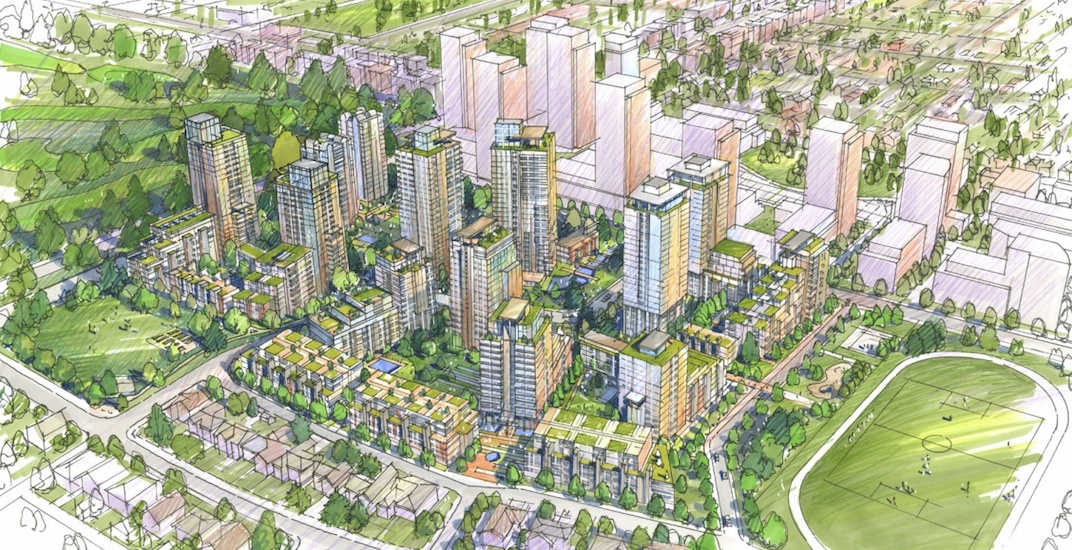 A policy statement outlining the overarching concept for the redevelopment of Langara Gardens property on the Cambie Street Corridor was unanimously approved by Vancouver City Council today.

The redevelopment by Peterson Group and Concert Properties calls for 2.54 million sq. ft. of new development on the 21-acre site located at the southwest corner of the intersection of West 54th Avenue and Cambie Street.

It will create an additional 2,100 homes, including 430 units of affordable housing and the requirement that 35% of the market housing units be built with two or three bedrooms for families. 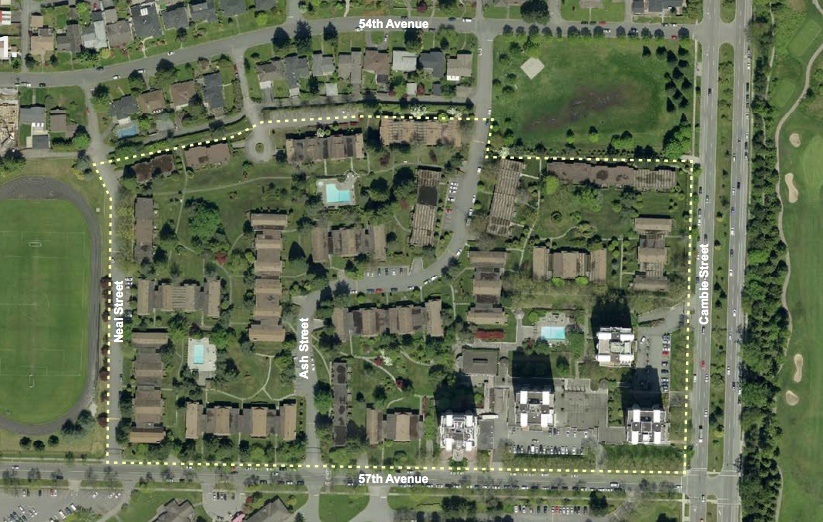 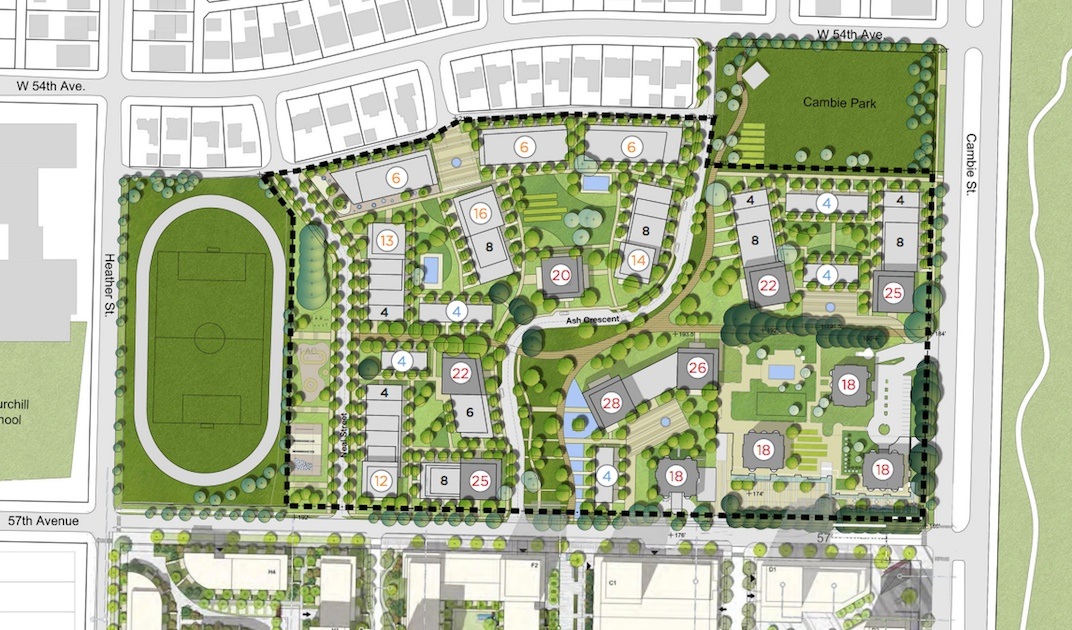 Seven towers reaching up to 28 storeys or 285 ft in height will be added to the site, plus a number of smaller buildings ranging from four to 14 storeys and townhouses.

All existing 605 rental units on the 1968-built residential complex will be retained or replaced, including the retainment of 355 rental housing units within four existing high-rise towers. Currently, about 1,400 residents live on the property, which could increase to 5,500 residents with the completion of the redevelopment.

“The diversity of new housing envisioned for Langara Gardens can make a meaningful contribution to meeting the City’s goals and aspirations set out in the Housing Vancouver strategy particularly delivering the ‘right supply’ while ‘preserving and protecting’ existinga affordable housing stock in established neighbourhoods,” said Brian McCauley, president and CEO of Concert Properties.

“We are very proud the vision for Langara Gardens preserves its legacy as Vancouver’s largest purpose-built rental community, as well as respects the unique characteristics that makes it so special today.” 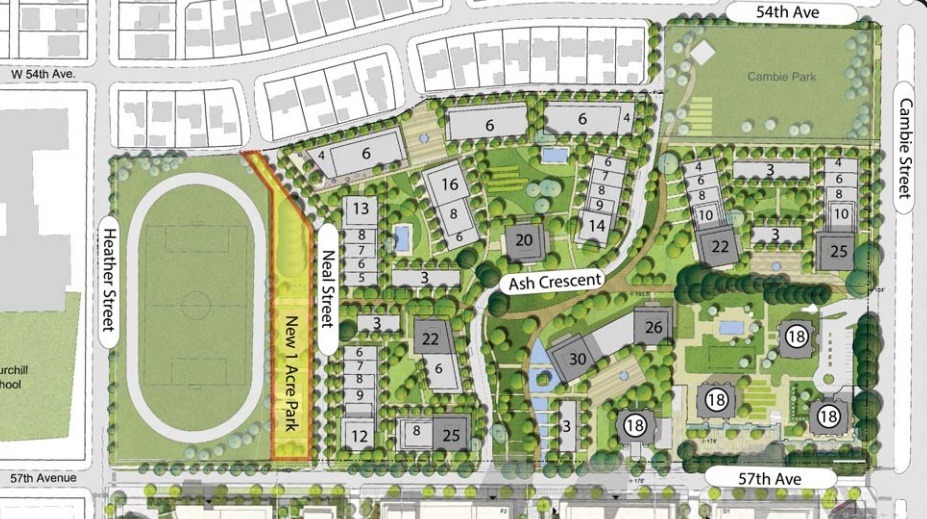 Ample public spaces will be built such as a new one-acre City-owned public park, a retrofit of Sir Winston Churchill Secondary’s running track, and new open spaces and pedestrian-oriented connections.

The developer will also build a daycare and make a financial contribution towards the future potential subway station for the Canada Line at the intersection of 57th Avenue and Cambie Street. Such a station would serve the new density not only from Langara Gardens but also the adjacent Pearson Dogwood redevelopment and surrounding standalone projects.

The redevelopment will be built in several phases.

For more details on the Langara Gardens redevelopment, read the original article on the proposal.