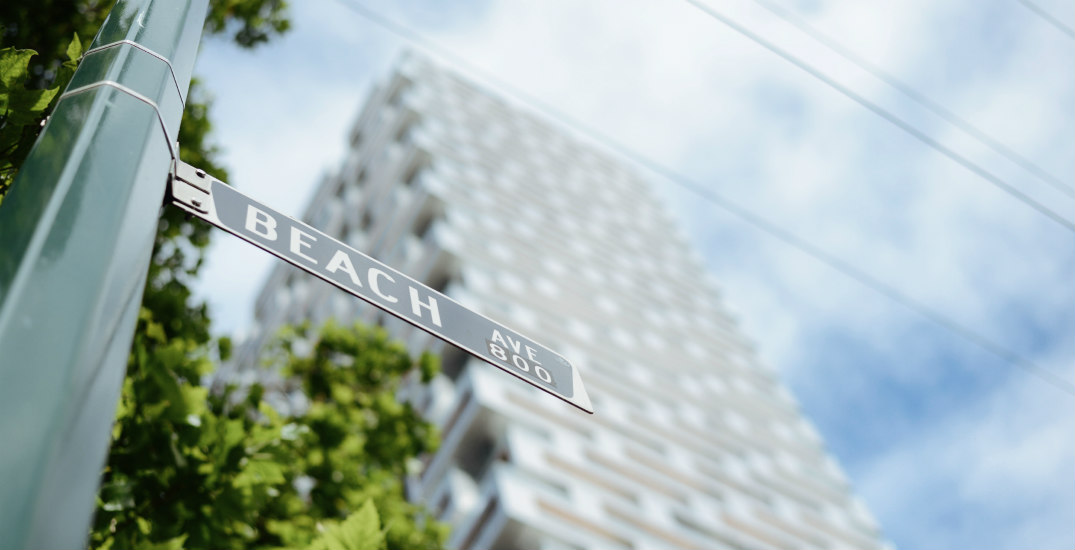 Metro Vancouver is one of North America’s fastest-growing regions, and the downtown core is evolving for the future with a new waterfront neighbourhood that exemplifies architectural innovation.

Called the Beach District, the area builds on the success of neighbouring Granville Island and False Creek. Its catalyst is Vancouver House, a breakthrough project by Bjarke Ingels defined by a 493 ft residential tower that is recognized around the world. The project was seven years in the making, with construction on the rental building wrapping last fall and on the residential tower not long afterwards.

The new neighbourhood is inspired by the philosophy of ‘Gesamtkunstwerk,’ the key to which is considering every aspect of the project holistically, to create a broader, complete community. Part of this required finding solutions to complex problems — like building around the constraints of pre-existing structures and the off-ramps of the Granville Street Bridge.

Ultimately, the district aims to enhance the experience of living and working in Vancouver’s urban, downtown environment. 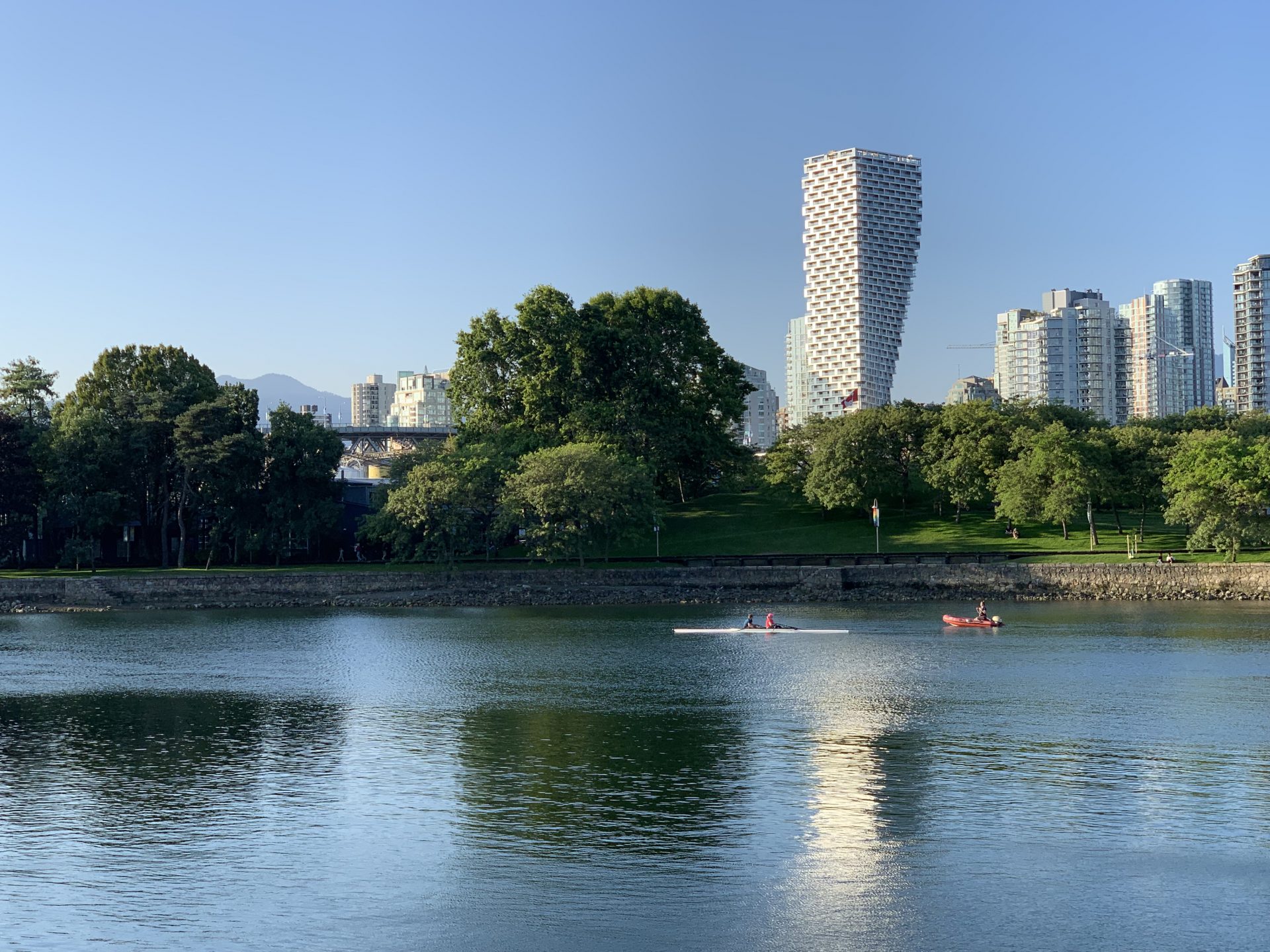 The Beach District encompasses the area around Beach Avenue, Howe Street, Beach Crescent, and beneath the north end of the Granville Street Bridge. A future greenway along the bridge will give pedestrians and cyclists a panoramic pathway to Granville Island.

At the core of the new district, Vancouver House acts as a living sculpture and an anchor for this community. Aside from the residential tower, there is a rental building at 1477 Continental Street as well as two buildings between the bridge off-ramps.

This includes 84,000 sq ft of retail and 74,000 sq ft of creative workspace. The project’s additional buildings are set to open later this year, including University Canada West’s Vancouver House campus. 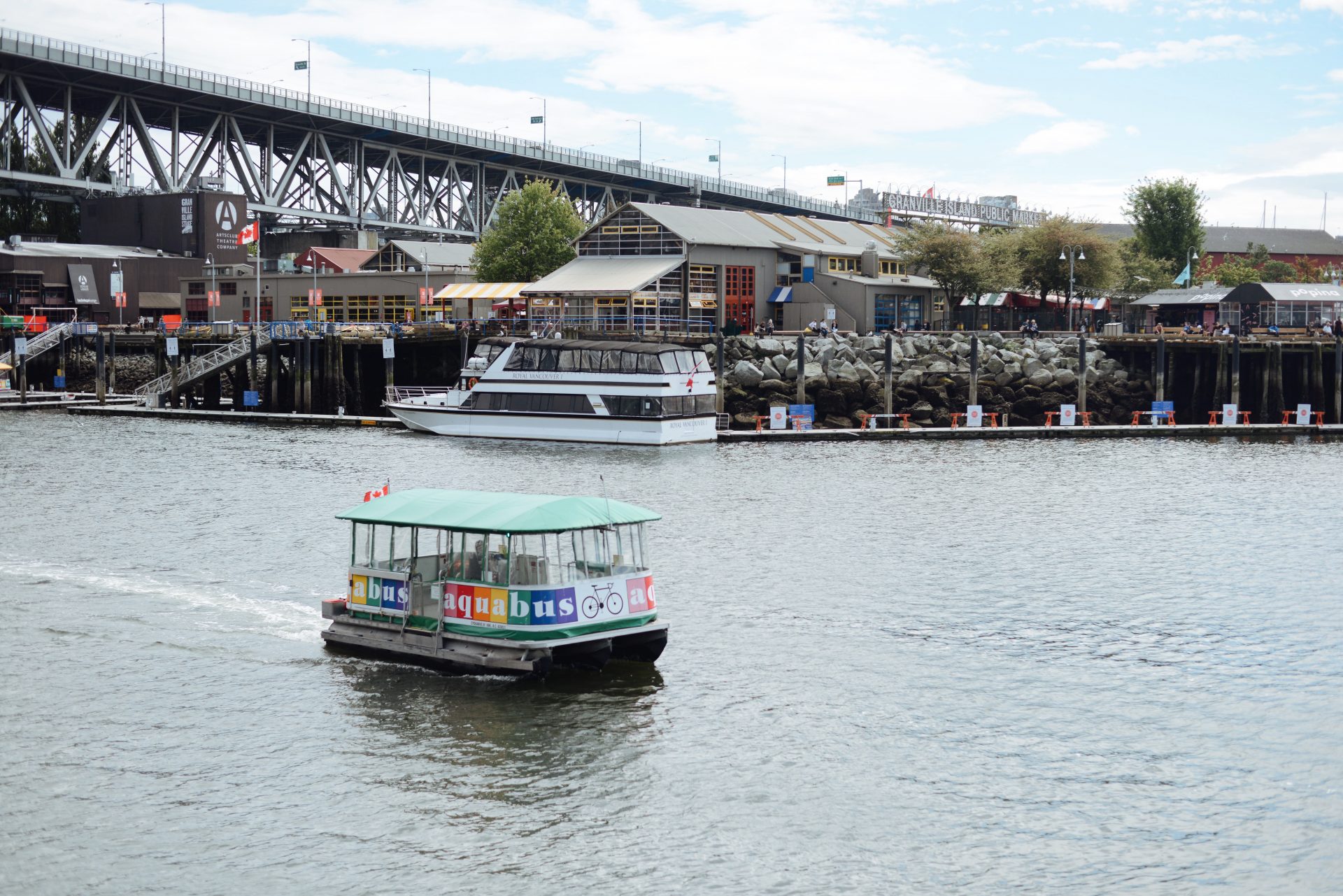 The Beach District is highly connected within downtown Vancouver, offering walkable pedestrian-orientated streets, bike lanes, roadways, and water-based transportation with the nearby Aquabus providing a direct link to Granville Island.

Along Beach Avenue, May and Lorne Brown Park offers a green space for leisure and exercise. Sunset Beach and Vancouver’s Seawall are one block away, respectively, with extraordinary views. From the Beach District, the Seawall connects pedestrian and bike routes to Olympic Village, Yaletown, the West End, and Stanley Park. 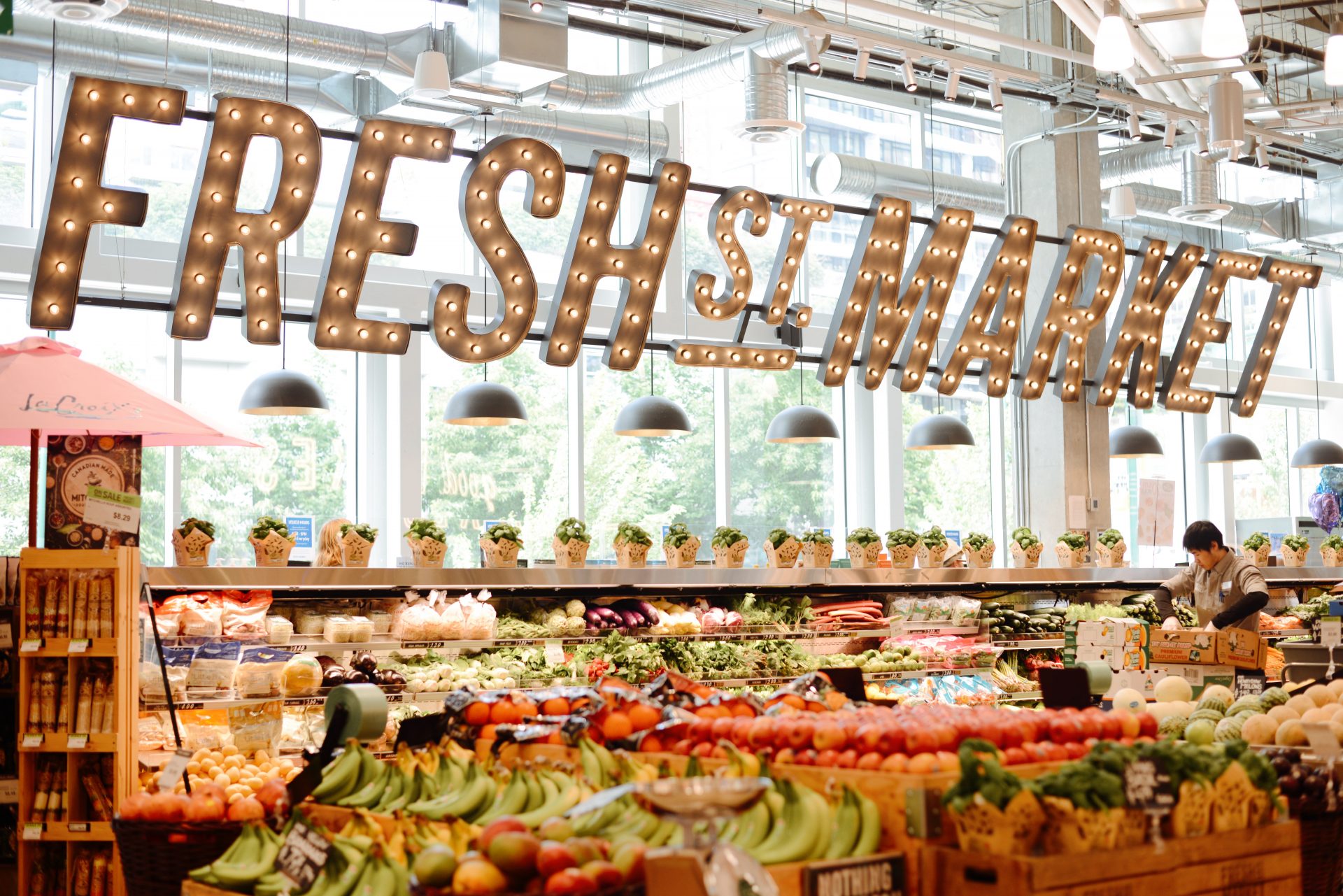 With the planned retail and entertainment, the Beach District is set to become a year-round destination on the north side of False Creek, mirroring Granville Island on the opposite shore.

Passers-by can shop artisanal and organic food, beer, and essentials at Fresh St. Market — the grocery store’s fourth location in Metro Vancouver. A brand new London Drugs store is also at the heart of the community.

Pasta and wine bar Autostrada Osteria is scheduled to open this winter, along with French-Vietnamese restaurant Linh Cafe. The city’s first Momofuku Noodle Bar concept by world-class chef and restaurateur, David Chang, is also due to open at Vancouver House this winter. The eatery will draw inspiration from the original New York Momofuku Noodle Bar while working with locally-sourced seasonal ingredients.

The Beach District is also home to a new collective concept of four fitness studios under one roof. Titled House Concepts, the fitness hub is due to open this fall. The project brings indoor cycling, boxing, bootcamp and yoga/pilates studios together to form a complete health and fitness destination. 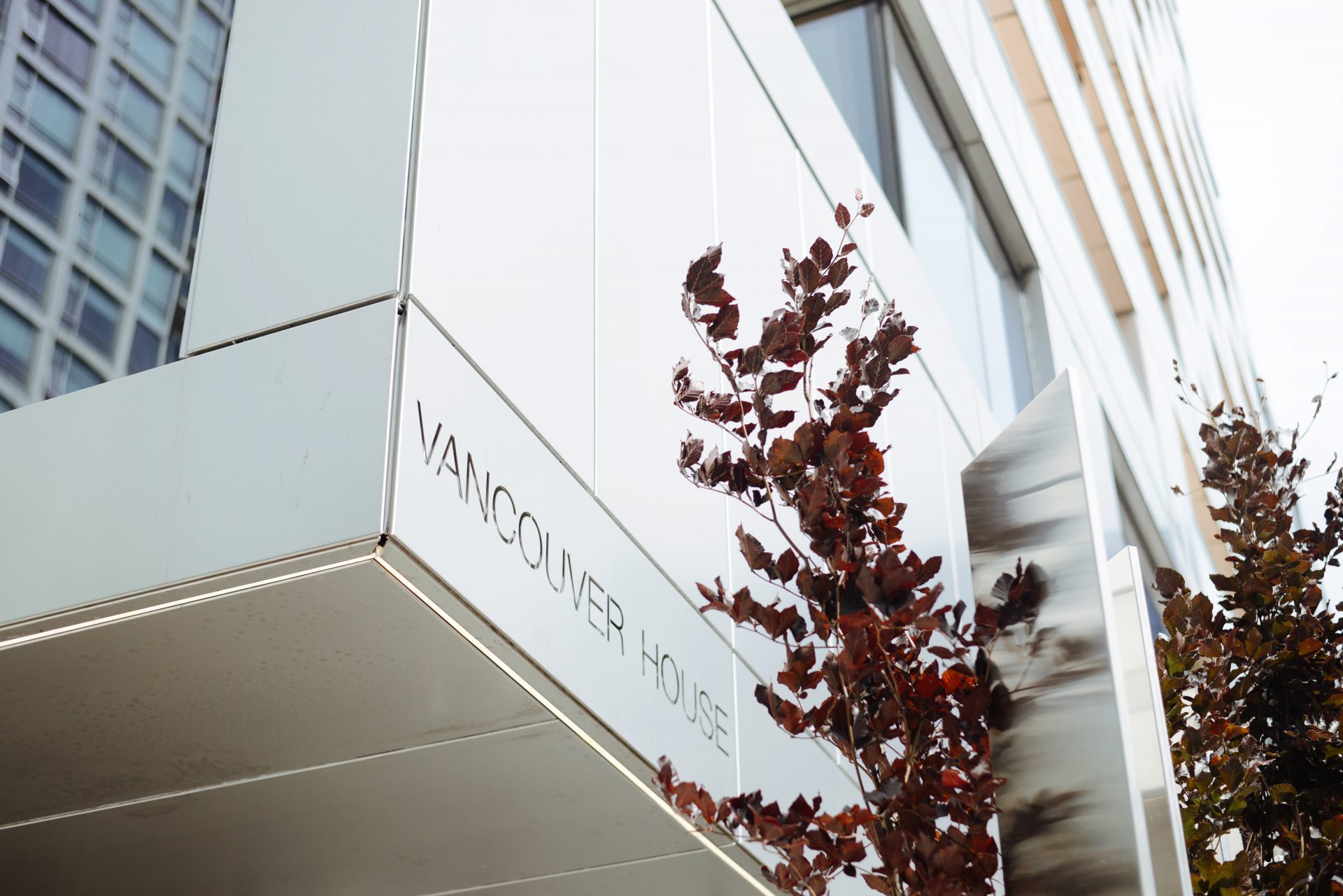 To activate the public realm, Vancouver House is launching a Shipping Container Pop-Up Retail space — bringing in rotating vendors and programming. This feature will provide a designated space for festivals, celebrations, and outdoor markets in the Beach District.

The district is also transforming Vancouver’s civic landscape with a cultural vibrancy, featuring a dynamic art installation on the underside of the Granville Bridge. Spinning Chandelier by Rodney Graham sits under the Granville Street Bridge, at the intersection of Granville and Beach Avenue, and performs three times daily. In doing so, the Beach District and Vancouver House demonstrate the potential of reimagining previously underutilized spaces as a way of expanding the public realm.

Each component to the development of Vancouver House gives way to this emerging waterfront community, which expects to see up to 4,000 new residents in the next three years.

To learn more about the Beach District and the rental project, visit Westbank Living.