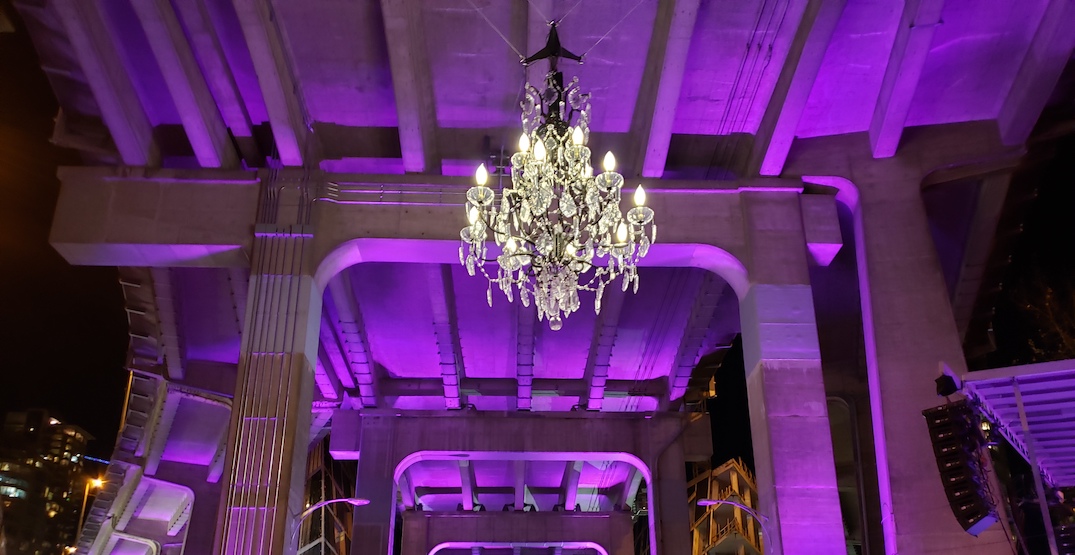 The Spinning Chandelier on the underside of the north end of the Granville Street Bridge is now programmed to whirl three times daily.

This follows updated calibration work completed earlier this week on the kinetic sculpture, which was first unveiled to the public late last month.

Every day, the chandelier will spin at noon, 4 pm, and 9 pm.

The entire movement cycle lasts for about three minutes, with one minute for the chandelier’s slow descent, close to two minutes of spinning that reaches fast speeds, and another minute for the slow ascent to return to its starting position.

After its 4 pm spin, the chandelier’s LEDs will remain softly illuminated until 11 pm. 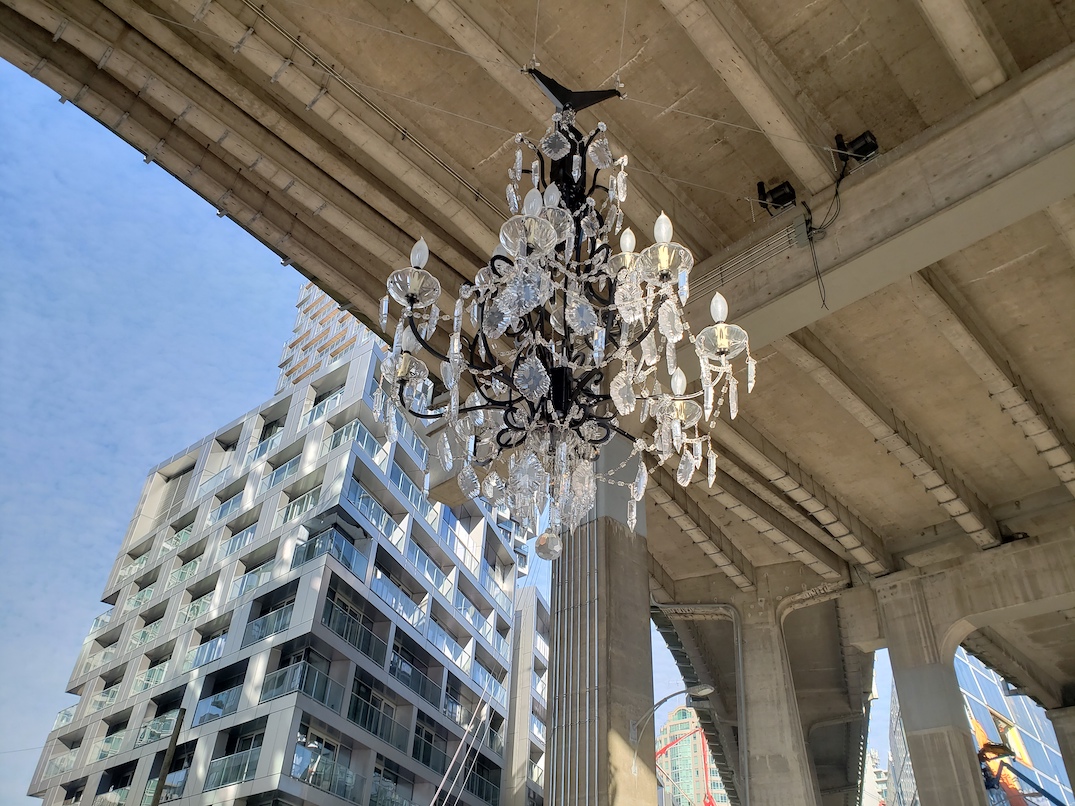 A dynamic public art installation centrepiece is one of the key components of Vancouver House mixed-use redevelopment’s public realm upgrades in the space below the bridge.