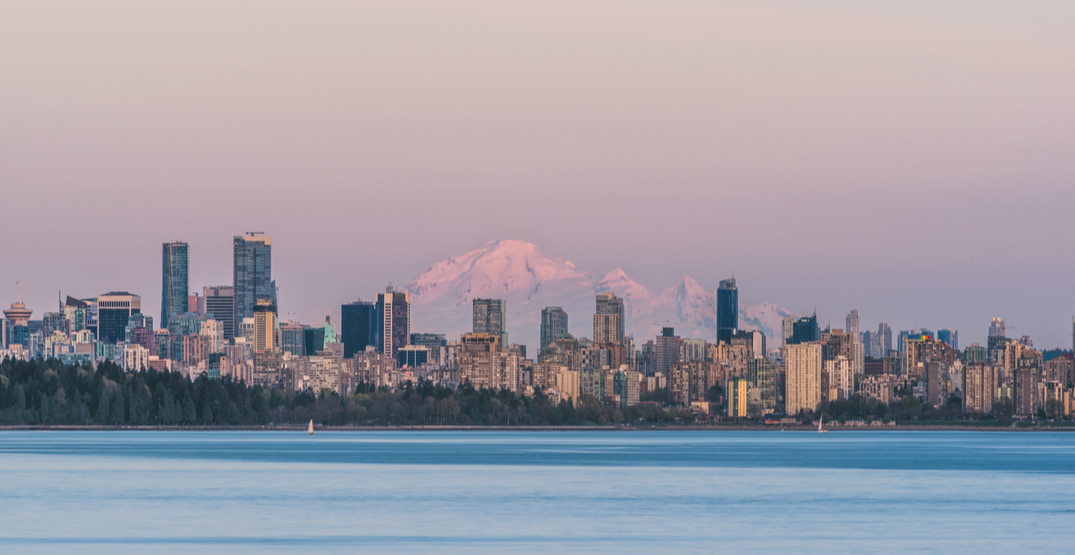 Over a 12-month period before COVID-19, Metro Vancouver’s population grew by approximately 40,000 people, with the Vancouver region ranked just behind the Tampa-St. Petersburg-Clearwater region in Florida and ahead of the San Antonio-New Braunfels region in Texas.

All three regions have a similar population of roughly 2.6 million, and added approximately the same number of people over the 12-month span.

The City of Vancouver, not including its metropolitan area, added just under 10,000 people over the same period, making it the 15th fastest growing regional central city — far behind the growth experienced by the cities of Toronto, Montreal, Calgary, Edmonton, Ottawa, and Winnipeg.

This is expected given that these Canadian cities have a far larger land mass than Vancouver, which also experiences the country’s worst housing affordability challenges. Vancouver’s population is hovering at 650,000 people.

Regional central cities such as London (Ontario) and Halifax, which have a smaller municipal population and are located within less significant regions, also experienced a higher population growth than Vancouver. 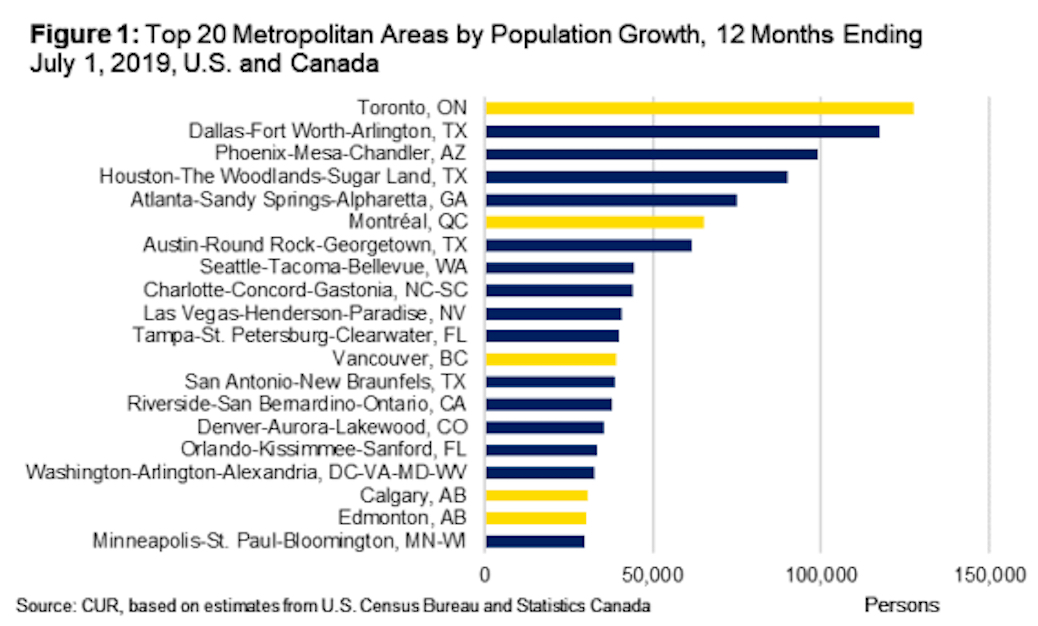 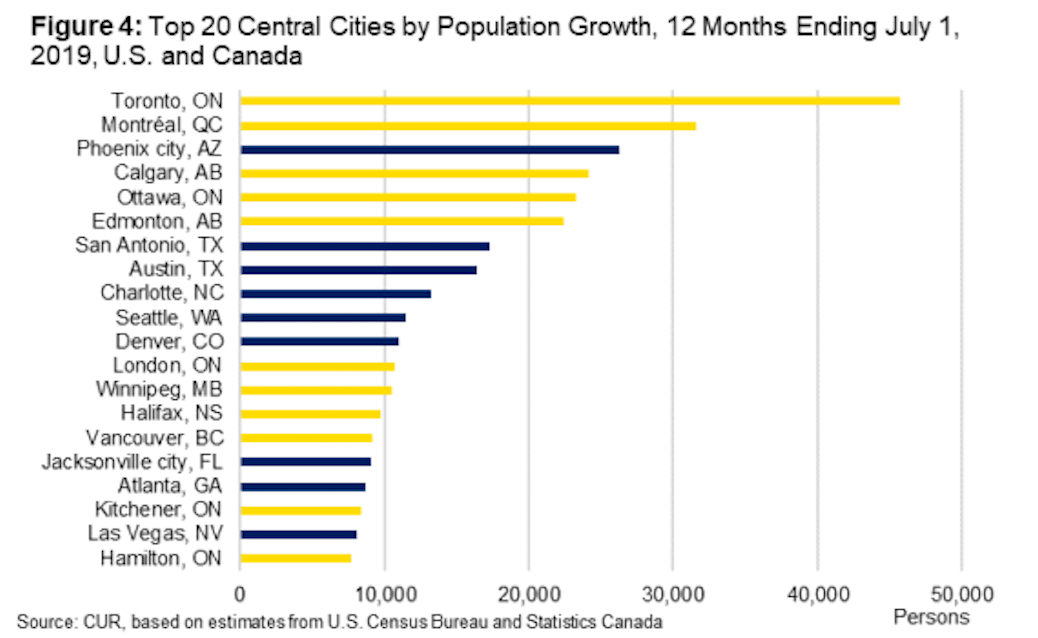 The neighbouring Seattle-Tacoma-Bellevue region ranked eighth, with a population increase of about 45,000. Its population is estimated at four million, including about 750,000 within the city itself.

Calgary and Edmonton’s regions ranked 18th and 19th, respectively, with both Albertan regions adding about 30,000 people and being home to approximately 1.3 million each.

But the real highlights are found in Eastern Canada.

Analysts have determined that the Greater Toronto Area, in absolute numbers, is the fastest growing metropolitan area on the continent in 2019, surpassing Dallas-Fort Worth-Arlington. The Toronto region grew by 128,000 people, while the Dallas region saw its population increase by 117,000 people.

Conversely, New York City’s metropolitan area was the fastest contracting area in all of US and Canada by a wide margin, shedding over 60,000 people in the 12 months ending on July 1, 2019. This was followed by the metropolitan areas of Los Angeles and Chicago, which saw declines of 35,000 and 26,000, respectively.

The Toronto region experienced three times as much population growth from immigration as the NYC region in 2019. While both regions saw losses in domestic net migration, the rate was four times faster in NYC.

For the City of Toronto on its own, the population increased by 46,000 people, while the City of New York saw a decrease of 53,000.

Metro Montreal, comparatively, was the sixth fastest growing area, with a population growth of 65,000.

As for the population growth outlook for 2020, with global air travel largely curtailed and government travel restrictions in effect for the foreseeable future, a far slower pace of growth is anticipated for both immigration and domestic migration. This depressed pace is expected to linger through at least 2021.