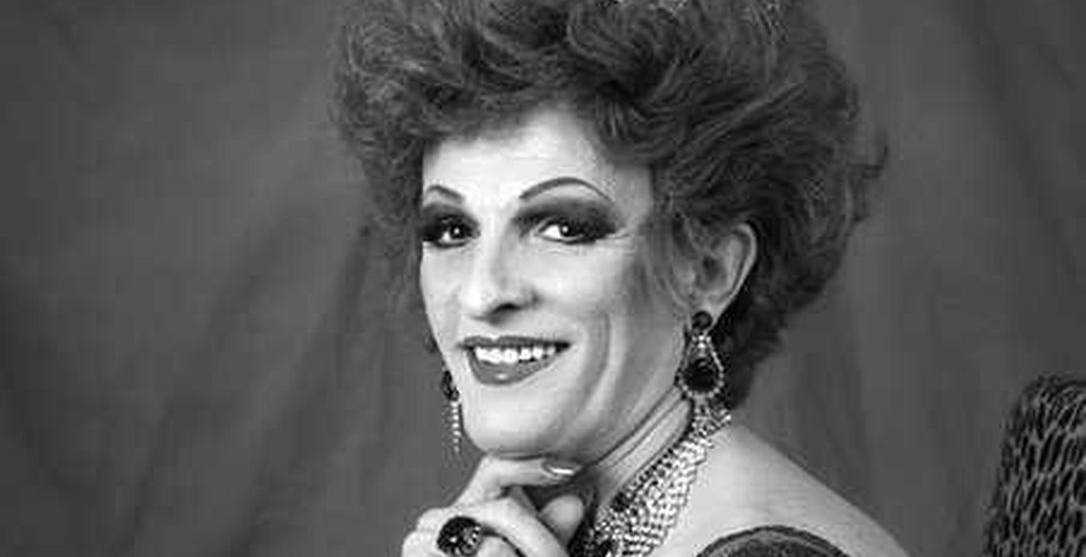 The theme for Vancouer’s PRIDE festival this year is “50 Years & Still Fighting,” recognizing that although homosexuality was decriminalized in Canada in 1969, the battle for equality and acceptance for LGBTQ2+ people still has a long way to go.

Of the many activists and campaigners who dedicated themselves over the past half a century to the fight for queer and trans liberation, one person in particular stands out. His name was ted northe. He spelled his name with all lower-case letters, but he made an all-capitals impression on Canadian history.

ted northe is one of the many remarkable characters featured by Forbidden Vancouver Walking Tours on the Really Gay History Tour. Designed and guided by Glenn Tkach, an experienced guide with the company, the walking tour was launched in 2018 in partnership with the Vancouver PRIDE Society. It charts the untold and often wild history of Vancouver’s LGBTQ2+ community.

On its way toward the gaybourhood on Davie Street, the walking tour stops on the steps of the Vancouver Art Gallery, once the city’s courthouse. Tkach takes the group to the exact spot where ted northe once stood, in 1958, with a small handful of other brave protesters. They were calling for an end to the criminalization of homosexuality. northe held a sign that said “I am a Human Being” and he was completely attired in drag. 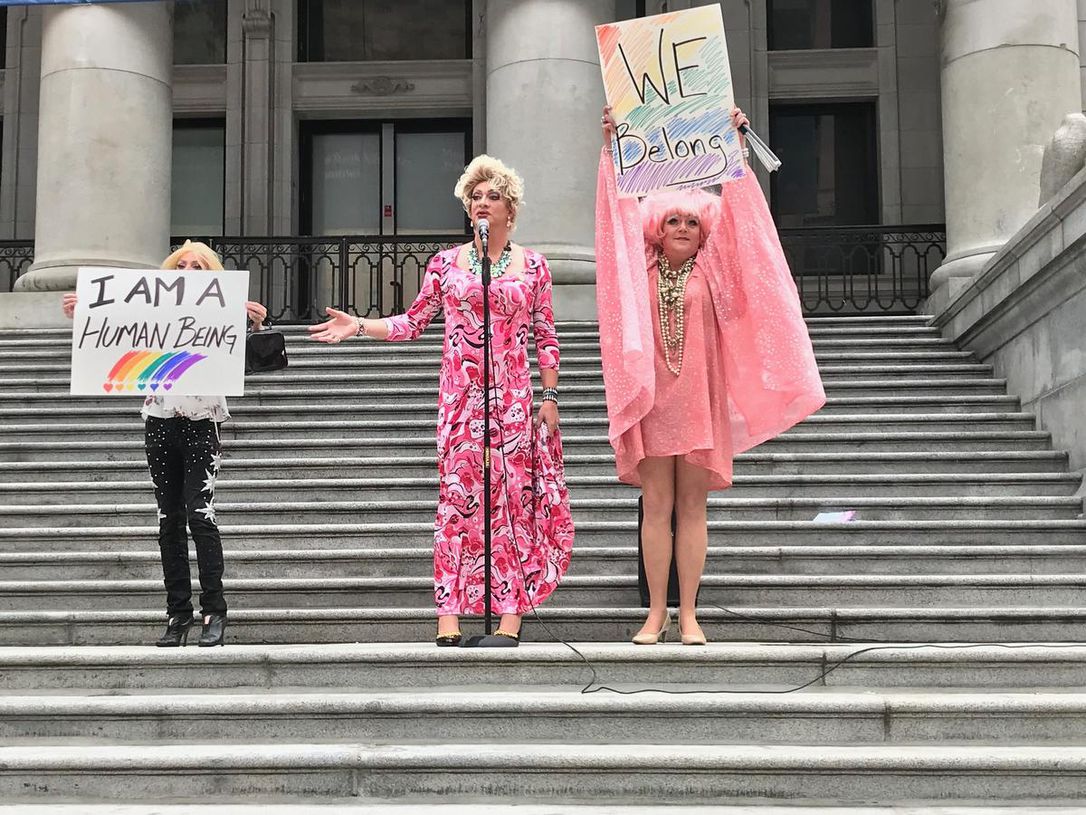 A 2018 reenactment to mark the 60th anniversary of ted northe’s protest on the steps of the Vancouver courthouse. Cherise Seucharan/Starmetro. Photo Courtesy of The Toronto Star, 2018.

northe and his fellow protestors were chased off the steps by police, but this man in drag had learned a very important lesson about how to draw attention to his message. Throughout the 1960s he carried on organizing protests and wearing dresses.

Here’s an article from the Globe and Mail in 1955:

“Exposure, not punishment, is what the normal homosexual — if we can say any homosexual is normal — fears. That is why homosexuals are found to be a danger if placed in positions where important Government secrets may reside. It is not that they are likely to be more traitorous than others, but that they are vulnerable to blackmail and might betray official secrets to preserve private ones.”

Never mind that it was the stigma, not the homosexuality, that created the risk. A special division of the RCMP was created to root out homosexuals from within the government, and within their own ranks.

This period of Canadian history is now known as “The Purge.” Thousands of gay people lost their jobs, their livelihoods, and even their families. Many of them were imprisoned. Many took their own lives. They were subjected to cruel and humiliating interrogations, forced to identify their gay friends and lovers. Many were sent for mandatory psychiatric treatment, where they were tortured through electrocution.

In the midst of this nation-wide hysteria, ted northe bravely continued his campaign for queer liberation, in a dress. He organized a nationwide letter-writing campaign urging the decriminalization of homosexuality. ted northe badgered MP’s, and he wrote to the papers, until once again, he got noticed. By the Justice Minister of the time, Pierre Elliott Trudeau.

In 1967, Trudeau put forward legislation to effectively decriminalize homosexuality. In 1969, as Prime Minister, he oversaw that legal reform. Mr. Trudeau famously declared “There’s no place for the state in the bedrooms of the nation.“

After the bill passed, the Prime Minister made a special phone call to Vancouver and addressed the person on the other end of the phone as “Your majesty.” ted northe – not Queen Elizabeth II – was the person Trudeau was phoning. This unlikely greeting was in recognition of northe’s official drag-queen status as Empress of Canada. It was a title that ted northe retained until he died of cancer on March 30, 2014, at the age of 74. 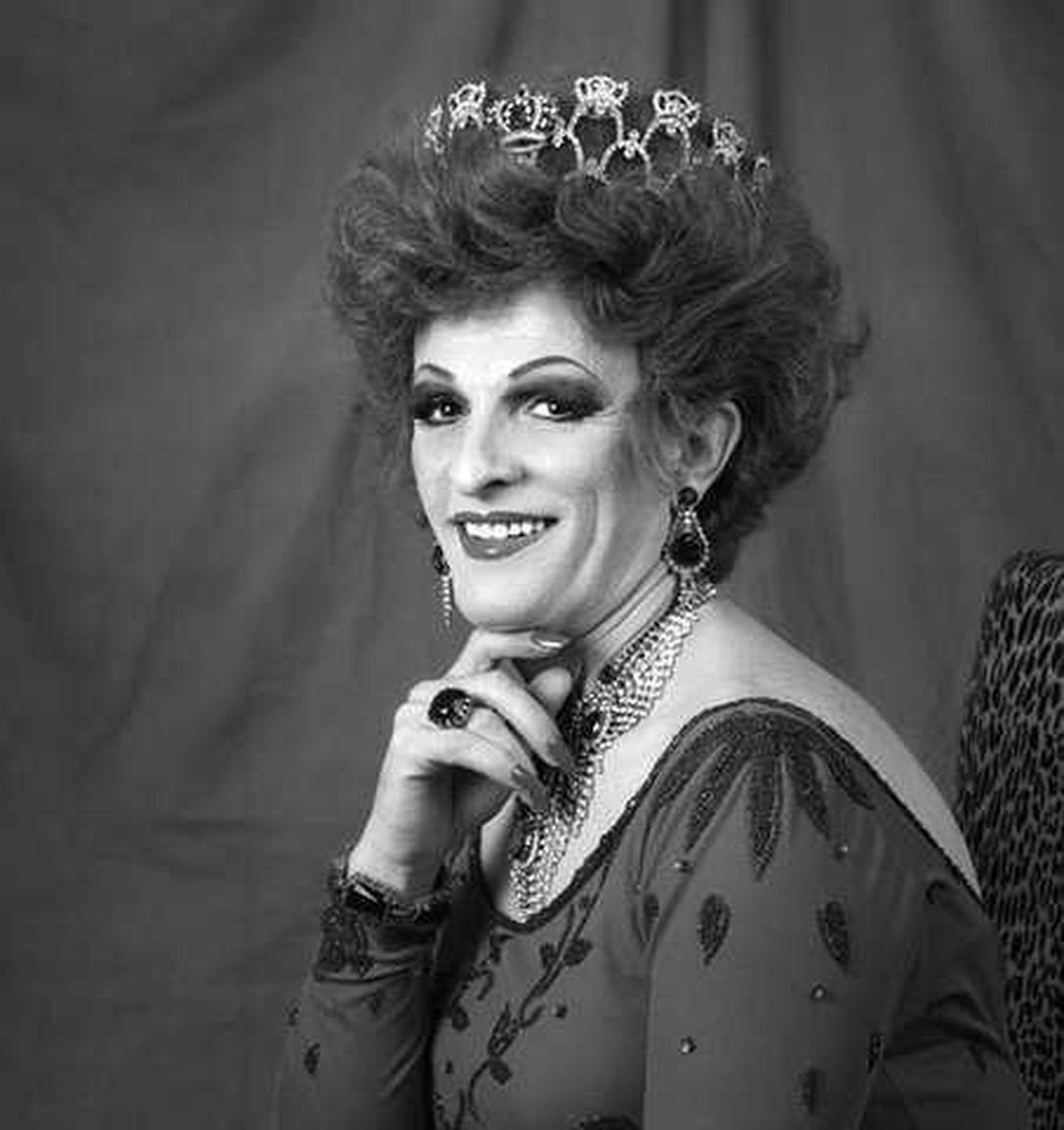 Trudeau is now celebrated for having decriminalized homosexuality, an act that was significant in the gay liberation movement. This decriminalization however, was not so black and white. The statutes that outlawed gay sex were in fact not removed from the Criminal Code, instead an “exception clause” was added. This clause allowed two adults over the age of 21 to commit these crimes provided they did so in private, consensually. Thus, it remained a crime, but a crime certain people would be allowed to commit, in certain situations. This legal language remains on the books today, 50 years later.

Decriminalization did not end police persecution. For decades, the police had invested their time and energy and full-bodied commitment into fighting the homosexual threat. If the bedrooms of the nation were now off limits for the police, everywhere else would be off limits for gay people. Everywhere but the bedroom – or in other words, the closet. Since the police couldn’t arrest someone for gross indecency, they would arrest people for public indecency. And anything that could be deemed a public space was subject to police raids. 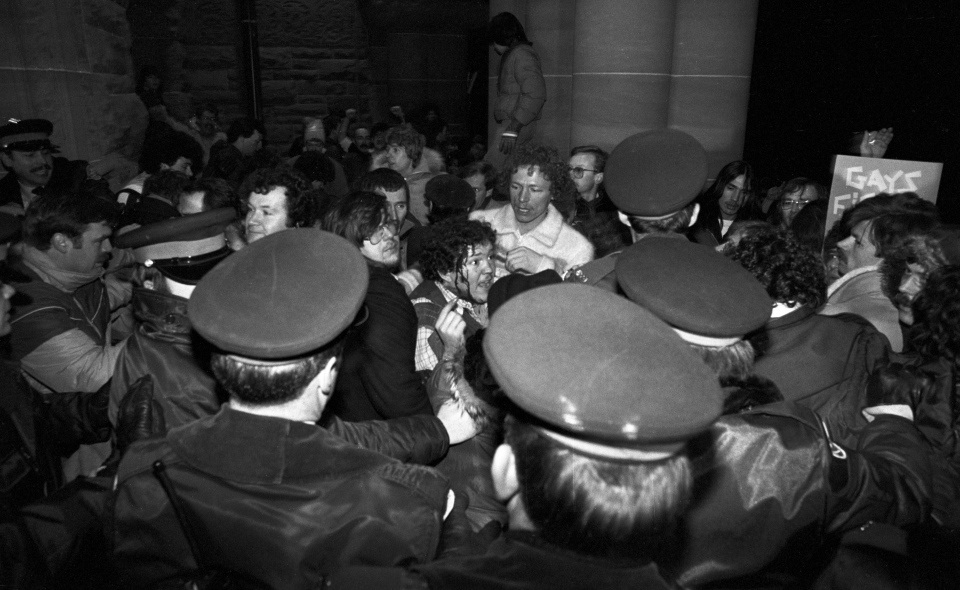 A man with blood streaming down his face scuffles with police outside the Ontario Legislature in Toronto on Feb. 6, 1981 after around 1,000 gay rights demonstrators marched there in protest at the arrests on Feb. 5, 1981 of men in four city steam baths. Photo credit: Gary Hershorn / The Canadian Press

Without a federal mandate to do so, police stepped up their patrols of the cruising grounds of Stanley Park and English Bay in Vancouver’s West End. Even if someone was in a car, in the dark, far from public view, they would be arrested. Privately owned bathhouses, where men were behind closed doors, were deemed public places and subject to police raids. Gay bars were too – if what was happening there could be deemed “indecent.” After homosexuality was ‘decriminalized’, arrests of gay men in Canada did not go down — they went up!

In light of Canada’s antiquated Criminal Code, which still today classifies consensual gay sex as a crime, some would say celebrating the 50th anniversary of decriminalization is questionable. There is still a lot of work to be done in our country for LGBTQ2+ equality. Yet things certainly have come a long way. In a 2011 speech at the Q Hall of Fame ball in Toronto, ted northe told the crowd, “I watch with awe and pride as I see young men and women expressing themselves with little or no fear. Having space where we as a community can marry and even the simple act of holding hands or kissing in public. We have gained so much in what is truly such a short amount of time.”

To find out more about this incredible story and the stories of other LGBTQ2+ heroes of our city, check out the Really Gay History Tour.

When: Every Sunday at 2 pm, and every day at 2pm during PRIDE, July 25 – August 7
Where: Orpheum Theatre — 601 Smithe St, Vancouver,
Tickets: From $32. Book tickets at www.forbiddenvancouver.ca. 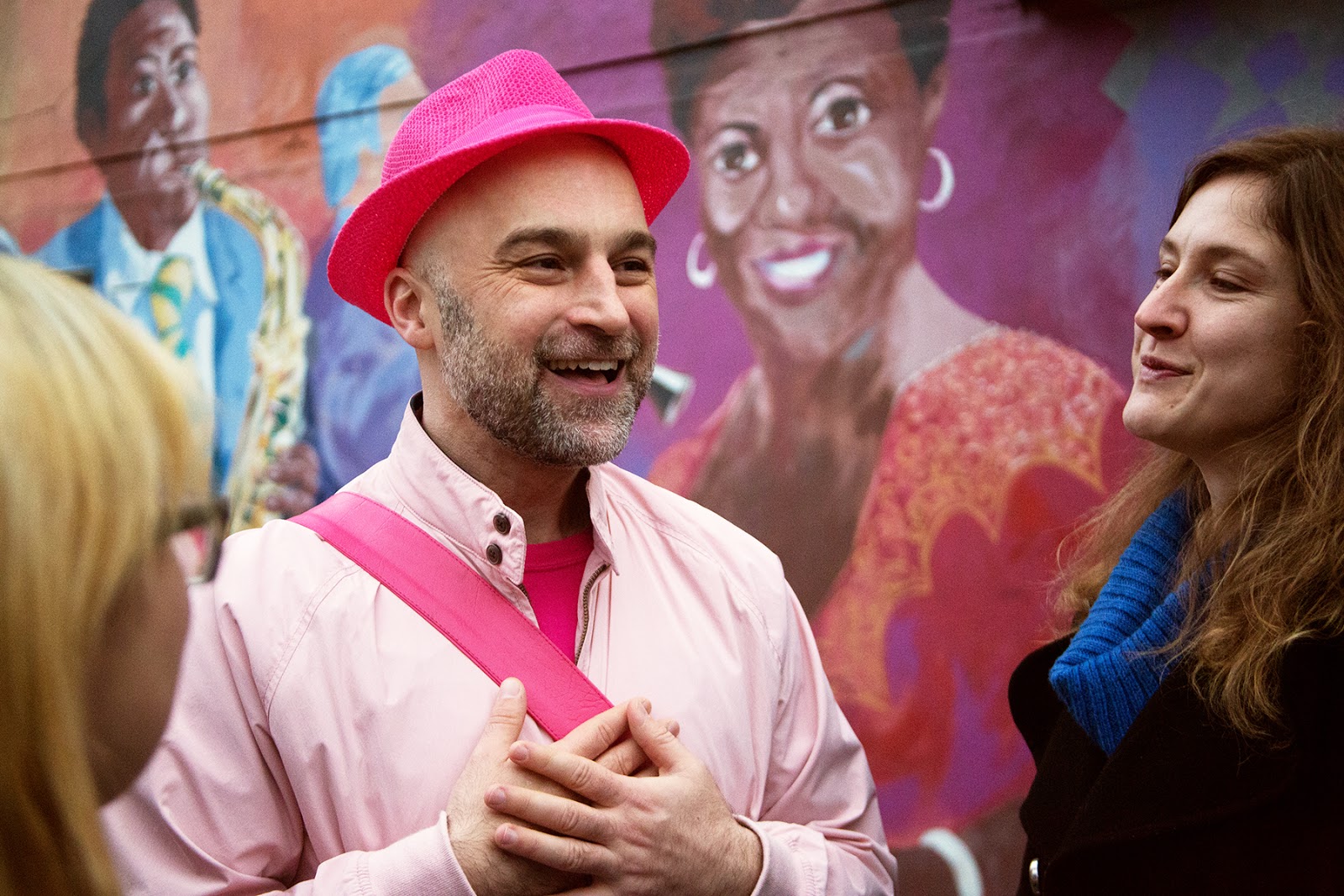