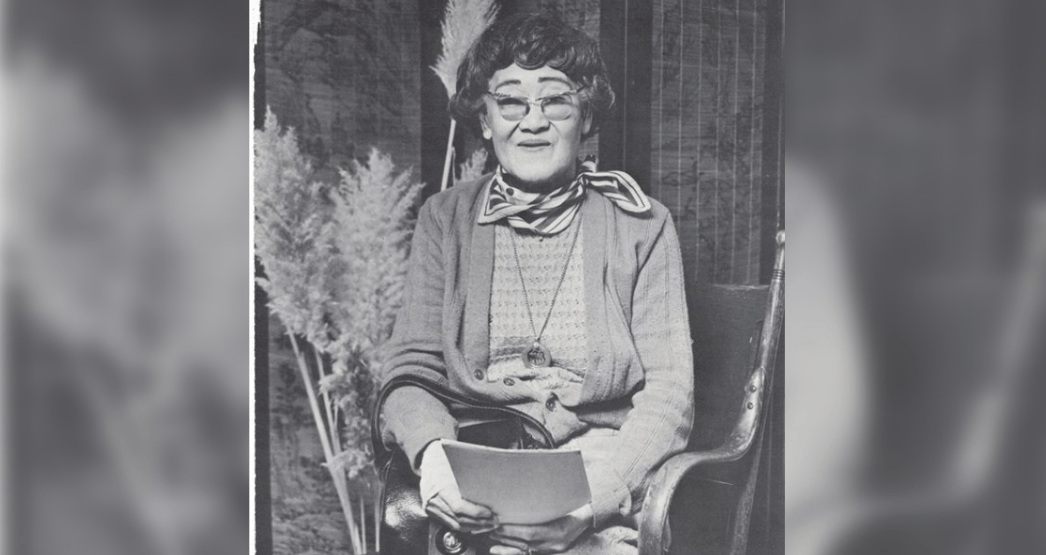 One of their favourite stops is legendary punk rock haven Funky Winker Beans, on West Hastings Street. The building was once home to a famous Vancouver brothel, and the madam in charge was Kiyoko Tanaka-Goto.

Kiyoko was born in Tokyo in 1896. And her early life was none too easy. When she was just four, her father moved to San Francisco in pursuit of better work. So her mother brought her back to the island of Kyushu, where she herself had been raised. And so, from a very young age, Kiyoko found herself working on the family farm.

To survive, she and her mother needed to be resourceful. Working the land was not enough to make ends meet. They gathered firewood to sell. They walked for miles — four miles each way — to sell bean curd at the nearest market. It was a tough life. Things got even more difficult when her father stopped sending money. He was apparently upset that Kiyoko’s mother had declined to join him in America.

So when Kiyoko turned 19, she took her resourcefulness to a whole new level. She leveraged her youth, beauty, and personal appeal to marry a man she had never met.

The picture brides of Japan

Japanese picture brides were fairly commonplace in Western Canada. The arrangement was exactly how it sounds. In order to arrange marriages, men and women would exchange photos and letters from across the ocean. At its worst, this practice was a form of sex-trafficking. But more often, it was a win-win arrangement that benefited both parties. 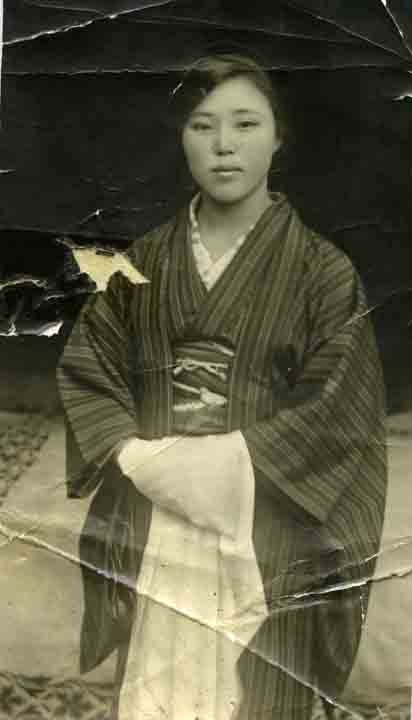 Many young Japanese men came to Canada with dollar signs in their eyes. After earning vast fortunes here, they would return home to start their families, and live lives of luxury. Or so they imagined. The harsh realities of the New World shattered their dreams abruptly. Far from becoming wealthy, most of them found they couldn’t even afford the return trip. They were stuck here in Canada.

If they were ever going to start a family, it would not be back in Japan. Perhaps it was time to think about settling here for the long term. But how to find a wife? Single Japanese women were not immigrating here on their own, and interracial marriage was strongly discouraged by white society at the time.

The answer was to court by mail. Often a relative would make the initial introduction and it became a fashionable practice. For many young women, as for the young men who preceded them, it provided an escape to a land of opportunity. Kiyoko jumped at the chance. 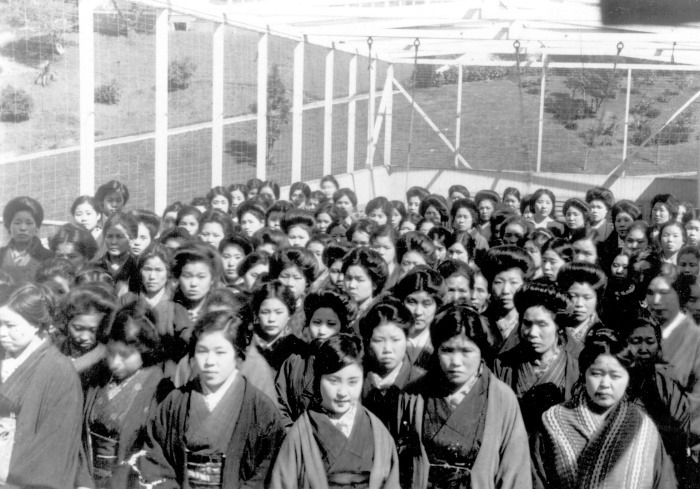 A woman with a plan

Kiyoko’s plan was to spend no more than five years in Canada. She would make her way to San Francisco, find her father, and bring him back to Japan. But things didn’t work out as she had planned. Her first years in Canada, on Vancouver Island, were depressingly similar to her life in Japan — the familiar drudgery of farm work. But after a few years of tending cows and chickens, Kiyoko was done with farm labour.

She had not yet saved enough to get to San Francisco, but she could at least get off this remote island and onto the Mainland. It was a start. She came to Vancouver, on her own, to start a new life.

This was quite a time for a Japanese woman to be on her own in Vancouver. By 1920, Prohibition was in full swing throughout British Columbia — and throughout most of Canada. That does not mean Vancouver was a wholesome and well-behaved city. Quite the opposite in fact. Prohibition didn’t do much to reduce alcohol consumption — it simply drove it into the shadows. Organized crime took control, and drinking became a shady, illicit thing to do, alongside gambling and sex work. (You can find out more about Vancouver’s vice history on the Forbidden Vancouver Tour). 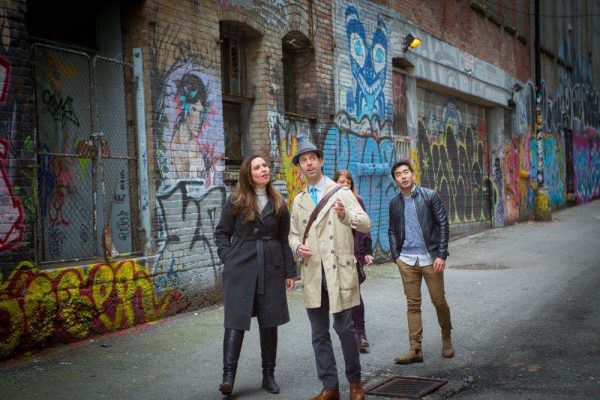 Vancouver’s more well-to-do citizens — aka its white citizens — did not want to see the illegal drinking establishments, the brothels, the gambling rooms, and opium dens. Not in their neighbourhoods! So guess where they ended up? A lot of shady activity happened on the streets and alleyways of old Gastown, of course. But Vancouver’s poorest neighbourhoods – where people of colour lived – had more than their fair share. Chinatown, Japantown (formerly along Powell Street, across from Oppenheimer Park), and Hogan’s Alley (Vancouver’s long-forgotten black neighbourhood) were the corners where Vancouver hid its sins.

This shocking headline will tell you something about the attitudes of the time. 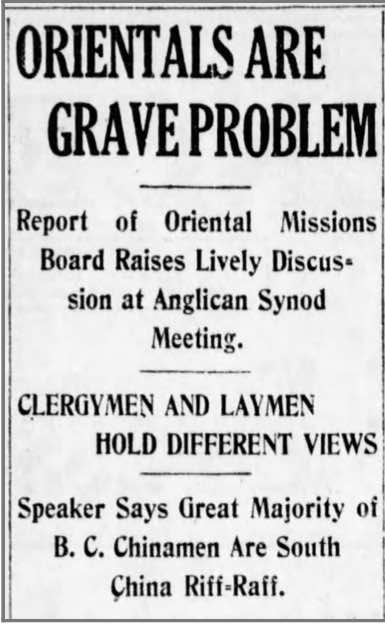 And in this very racy — and very racist — climate, Kiyoko Tanaka-Goto came to Vancouver and set up shop. She and three other women put their cash and their ingenuity together, and purchased a property. And there, on the corner of Powell and Gore, they opened a brothel. It was extremely popular.

“The first year of the business was so good I couldn’t believe it,” she later recounted. “There weren’t many women around then and a lot of our customers were fishermen and loggers. I made a lot of money.”

In 1927, after spending some time in Kamloops, she returned to Vancouver and purchased the property at 35 West Hastings Street — now occupied by Funky Winker Beans. She turned the upstairs into a brothel.

Kiyoko Tanaka-Goto treated her staff well. She took only a 30% cut, as opposed to the usual 50%. Furthermore, she ensured (to the best of her ability) that clients were free of infections before using the services of her women. And if a police officer ever required the brothel’s services — as payment for turning a blind eye to it — it was Kiyoko who absorbed that expense, not the workers. 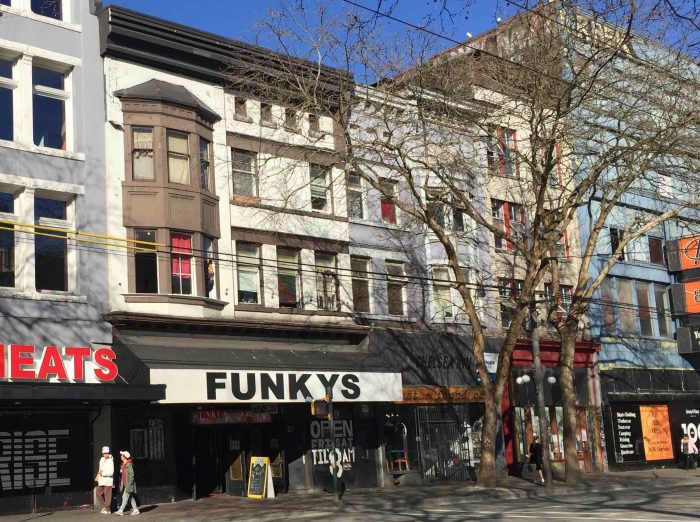 The madam goes to prison

It was not her work as a madam that led to her imprisonment — it was her ethnicity. Here in BC, the Government of Canada interned 22,000 Japanese Canadians at the start of World War II. The government then sold their property to pay for the interment, putting an end to the community of Japantown.

After her release, Kiyoko Tanaka-Goto returned to Vancouver and tried to start again. She attempted various gambling, bootlegging, and sex work businesses. But times had changed. And the police were no longer willing to overlook the vice crimes they had once enjoyed at her expense.

Kiyoko Tanaka-Goto passed away in 1989. 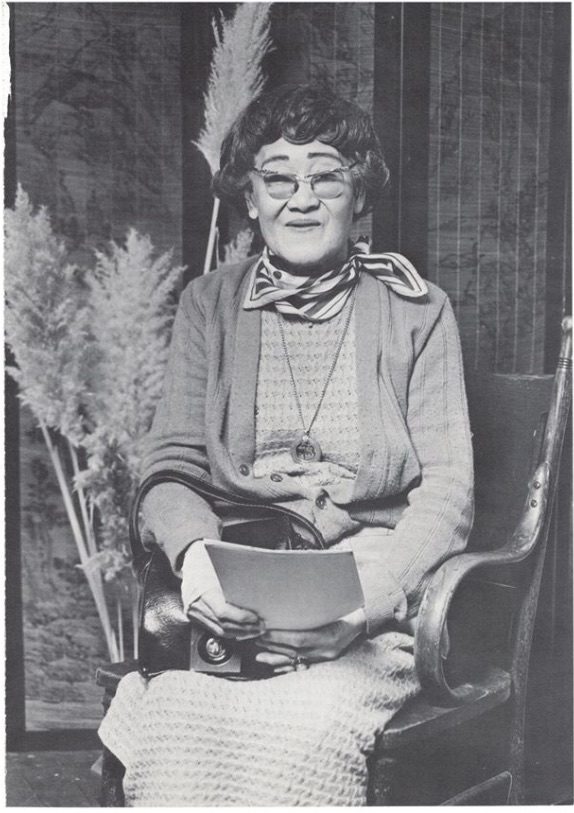