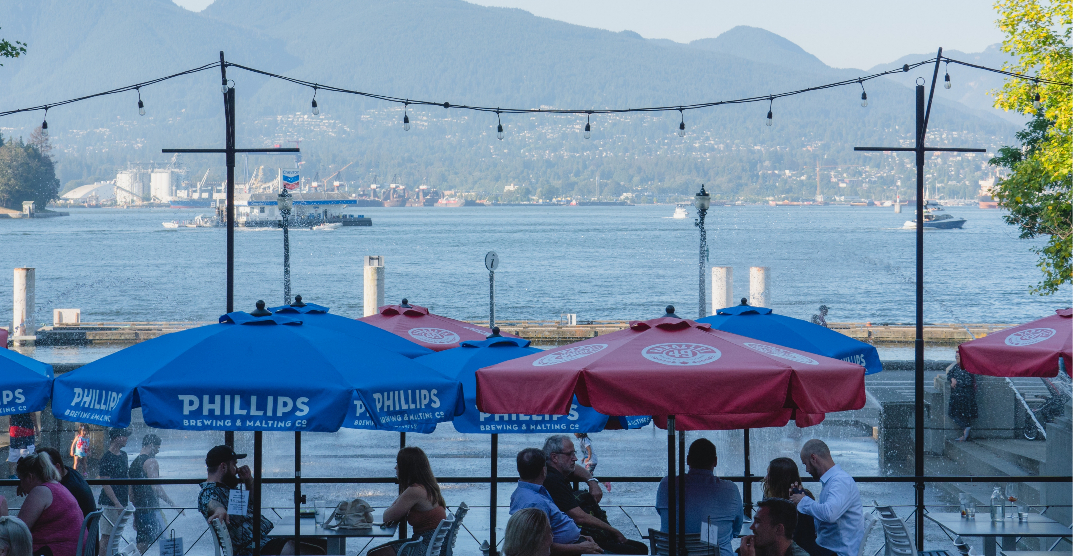 People enjoying the outdoors during the heatwave in Vancouver. (AlbertArt/Shutterstock)

After a full week of hotter than seasonal weather, the heatwave that has scorched Vancouver will soon come to an end.

The heatwave has largely been in effect since Monday, July 25 and has lasted all the way to the BC Day long weekend.

Environment Canada issued another heat warning for the stat holiday for Metro Vancouver, but in it came the good news that a change in weather pattern was expected as an upper trough is going to be bringing in a cooler airmass.

For Monday, temperatures are expected to reach a daytime high of up to 33˚C, while early morning low temperatures are forecast to dip between 15˚C and 18˚C. Along with the heat warning, another air quality advisory was issued for Metro Vancouver and the Fraser Valley due to a high concentration of ground-level ozone.

For the rest of the week the high is expected to hover around 24˚C.

On Tuesday, humidex values are expected to reach 27˚C which pales in comparison to the 40˚C humidex parts of Metro Vancouver witnessed during the height of the heatwave.

Vancouver might even see some rain this week as there is a chance of showers on Wednesday night. Temperatures could reach overnight lows of 14˚C this week.

While the heatwave may not have been as dramatic or deadly as the heat dome of 2021, Metro Vancouver and parts of BC still saw many records being broken for humidity.

At several points during the heatwave, Vancouver saw its muggiest July days ever.