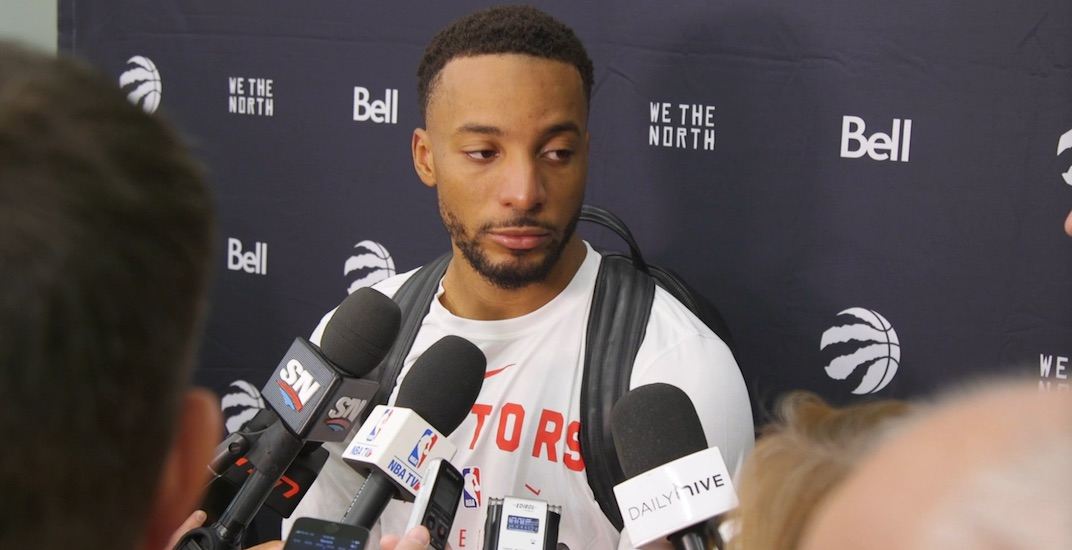 The Toronto Raptors kicked off training camp at Fortius in Burnaby on Tuesday, in advance of Saturday’s preseason opener against the Portland Trailblazers at Rogers Arena.

Players seem to enjoy this now annual trip to British Columbia, and why wouldn’t they? Making their third visit to Vancouver in four years – they were in Victoria last year – they routinely get treated to a hero’s welcome.

“It was awesome. Can’t wait to see them out there,” Raptors power forward Pascal Siakam told reporters when asked to recall his last visit to Vancouver in 2016. “When you look at all of Canada, they support the Raptors, so it’s really exciting to see. We’re definitely excited to put on a show here.”

This trip is very much about building the Raptors brand into a national one, as the We The North slogan would suggest. They need to look no further than the Toronto Blue Jays for an example of how a fanbase that extends beyond Ontario’s border can be a money-making venture.

But Raptors guard Norman Powell took it one step further, bringing up the idea of returning an NBA franchise returning to Vancouver, something this city hasn’t had since the Grizzlies left for Memphis 2001.

“The fans here are just as adamant as they are in Toronto. Sold out crowd, they’re really into it.

“I really think they should bring an NBA team back here.”

#Raptors’ Norman Powell on the fans in #Vancouver: “They’re really into it. I really think they should bring an NBA team back here.” . . . . . #dailyhivevan

While an NBA return may seem farfetched for some – certainly, it wouldn’t happen before Seattle gets a franchise – there’s merit to the discussion.

Not only is Saturday’s game sold out – just as it was for games at Rogers Arena in 2014, 2015, and 2016 – tickets have have unavailable for some time. Tickets on the resale market have skyrocketed, with the cheapest pair of tickets going for more than $100 CAD per seat.

Meanwhile, for their game in Montreal next month, Raptors tickets are still available for as low as $36.50.

“We love coming out here,” said new head coach Nick Nurse, who was promoted from his role as assistant this summer. “The electricity in the building will be there when the ball goes up.

“We’ll probably keep coming, [Vancouver’s] been pretty good to us.”

That’ll suit local basketball fans just fine… Until they get a team of their own.