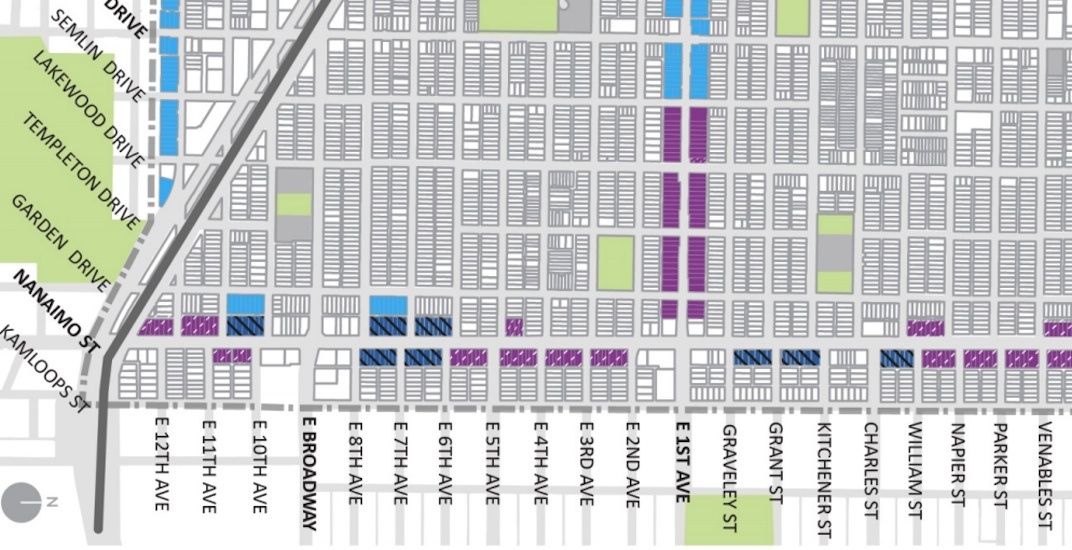 On Tuesday, Vancouver City Council approved a mass rezoning for 438 properties in the Grandview-Woodland neighbourhood in the Eastside area, with the vast majority of the affected properties being single-family residences.

The approval was expected as it puts in motion the new redevelopment opportunities established by the 2016-approved Grandview-Woodland Community Plan. 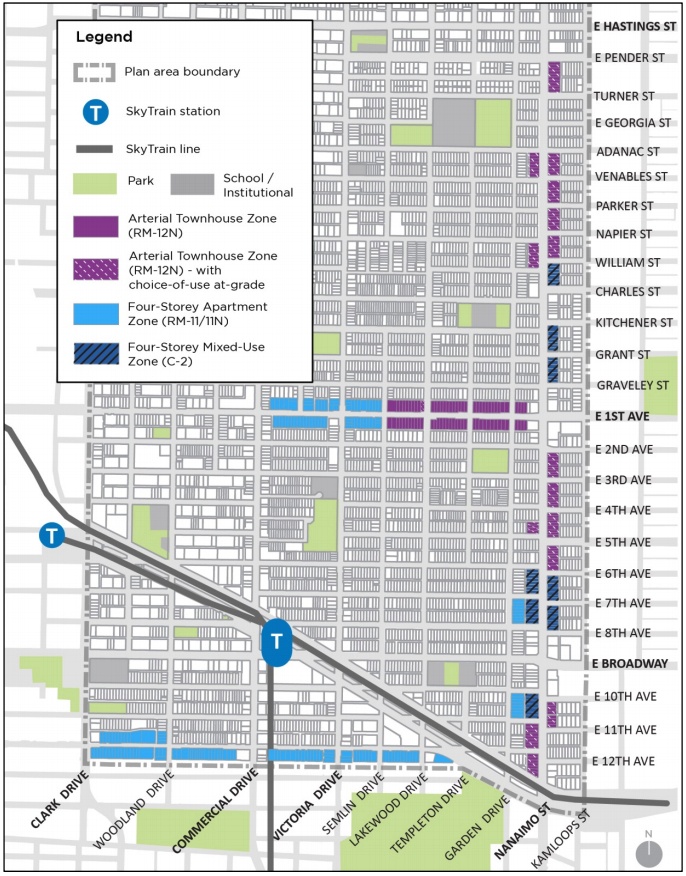 Altogether, these zoning changes allow for the development of 3,000 new homes, accounting for a good portion of the new density required to achieve the Community Plan’s goal of increasing the population of Grandview-Woodland by 10,000 people over 30 years.

“This is an important piece for us to move forward with the redevelopment and accommodation of the [housing] demand that is out there,” said Vision Vancouver City Councillor Raymond Louie during yesterday’s public meeting.

“We are in a bit of a crisis, and I do believe we need to provide supply in our city and it needs to be done appropriately… I believe this will in fact help the neighbourhood over the longer term. Yes, there will be some people affected by the form, but I don’t think it will be as negative as people think.”

The greatest densities permitted by the Community Plan are generally along Hastings Street and Commercial Drive, particularly near SkyTrain’s Commercial-Broadway Station hub.

But compared to other transit-oriented developments elsewhere in the region, the allowable densities next to Metro Vancouver’s busiest transit hub can be considered extremely modest.