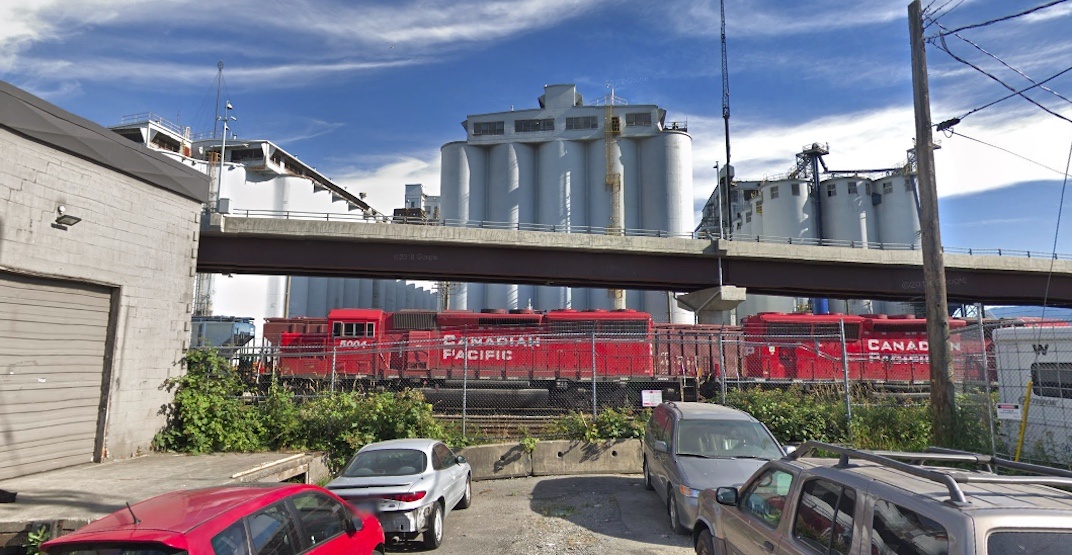 Dozens of towering grain silos built in 1918 on the port industrial waterfront in East Vancouver are now in the process of being demolished.

Viterra says it is performing upgrades at its Pacific Port Terminal facility at 1803 Stewart Street — near Powell Street on the foot of Victoria Drive — and this involves the demolition of the old PAC 3 facility, which has been a visual landmark in the area throughout most of the city’s history. 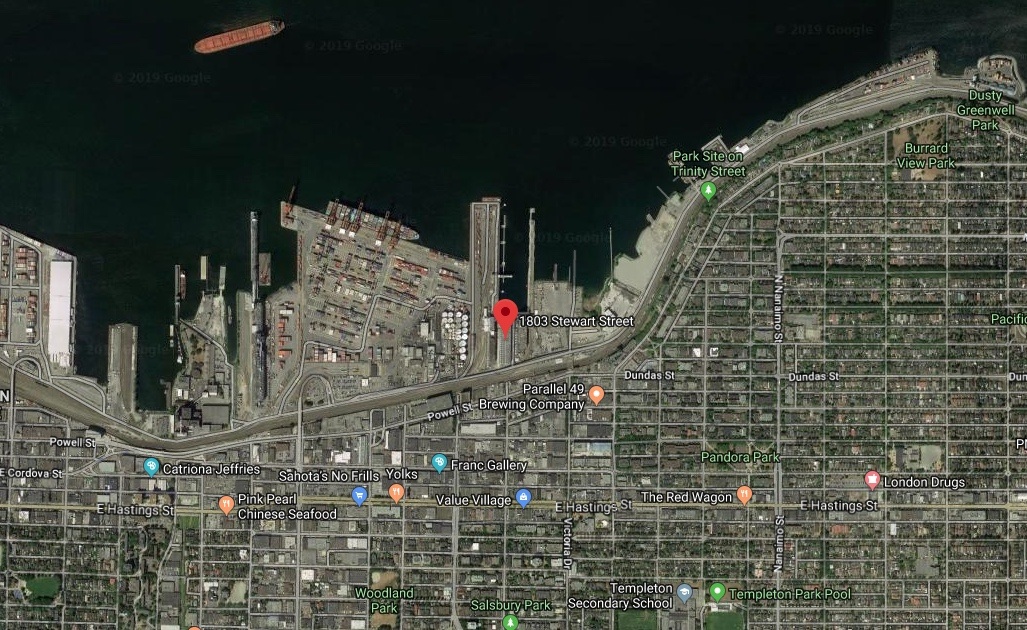 The facility was permanently shut down by the operator in 2010 due to its poor condition, and it has been completely unoccupied for the last two years.

“As an aged and unoccupied structure, it has experienced decay and erosion and currently poses a safety risk with the potential to negatively impact neighbouring infrastructure, the community, and Viterra employees,” reads a bulletin.

A hazard materials assessment report conducted for the site found dangerous substances including PCB’s, mercury, and asbestos, which is present in both within the structure and on the exterior.

It also notes a significant area spanning 70,000 sq. ft. is covered with the droppings of birds and rodents, as well as their carcasses.

According to the company, extensive measures and practices — approved by the Vancouver Fraser Port Authority — have been identified to safely clean and demolish the site, and prevent dust particles and other contaminants from going airborne.

“The Hazardous Materials Abatement and Air Emission management strategies used during the deconstruction project have been specifically developed to mitigate exposure,” continues the bulletin.

“As such, there are no concerns with the use of community gardens, use of public areas (pools, playgrounds, etc.) or having windows open at home or work in areas near the deconstruction.”

Demolition work began earlier this month and is scheduled to continue through May 2020.