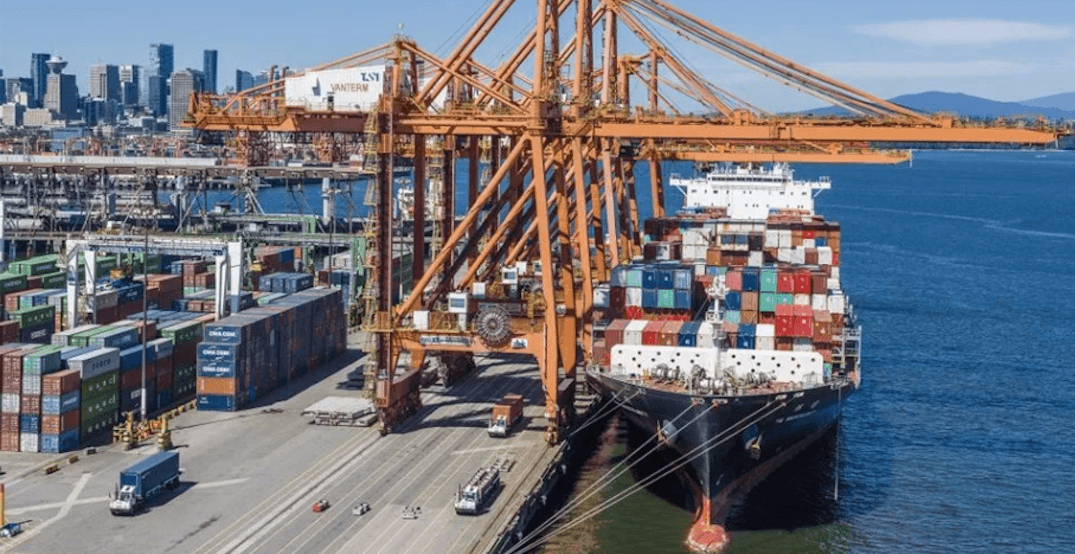 In a move it said will “ensure that Vancouver remains the port of choice” for transpacific trade, Vancouver-based container terminal company GCT Global Container Terminals has announced a $160 million investment to “densify and modernize GCT Vanterm,” located in the inner harbour of the Vancouver port.

According to the company, the upgrade will increase container handling capacity by approximately 25% and allow it to handle larger container ships within its existing footprint, while “significantly reducing” greenhouse gas emissions at the terminal.

It will also result in the creation of approximately 1,200 new direct and indirect jobs, and the generation of $77 million in wages and $187 million in GDP per year, the company said.

The investment also includes the replacement of the following container handling equipment:

The investment will also result in the replacement of the existing ship fendering systems, including replacement of bollards and fenders to accommodate and attract larger vessels to the Port of Vancouver.

“Global Container Terminals will continue to make private sector investments to ensure that Vancouver remains the port of choice and continues to be a competitive jurisdiction for transpacific trade,” said Doron Grosman, president and CEO of Global Container Terminals. “The governments are creating conditions for private sector investments like this one that generate hundreds of well-paying jobs for British Columbians.”

Located in the port’s inner harbour, the company said that GCT Vanterm, is “amongst the most productive terminals in North America.”