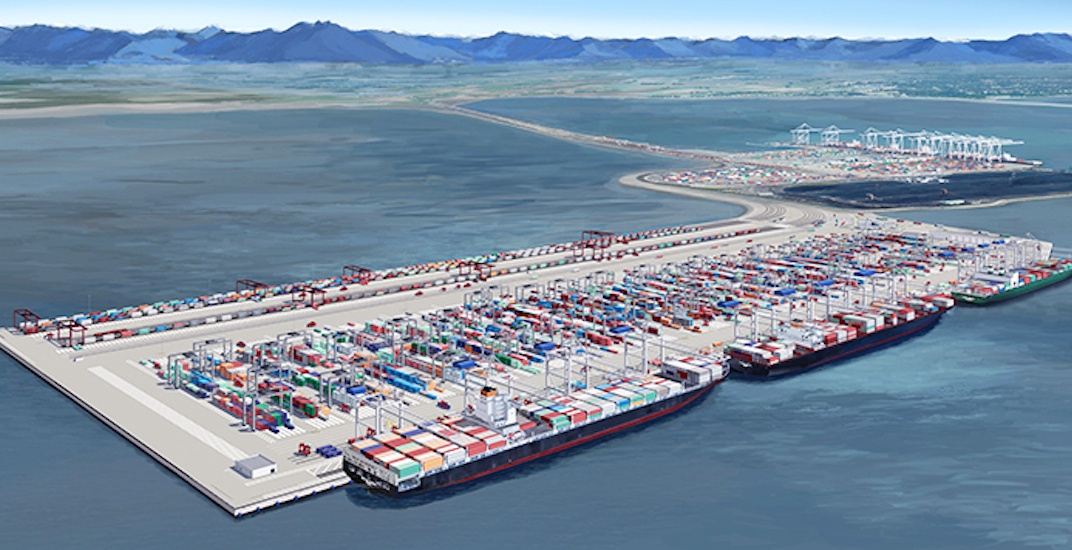 Plans by the Port of Vancouver to expand the Roberts Bank terminal in Delta into a super port have encountered a new potential obstacle after a federal agency stated its concerns with the project’s impact on migratory shorebirds, particularly the western sandpiper species. 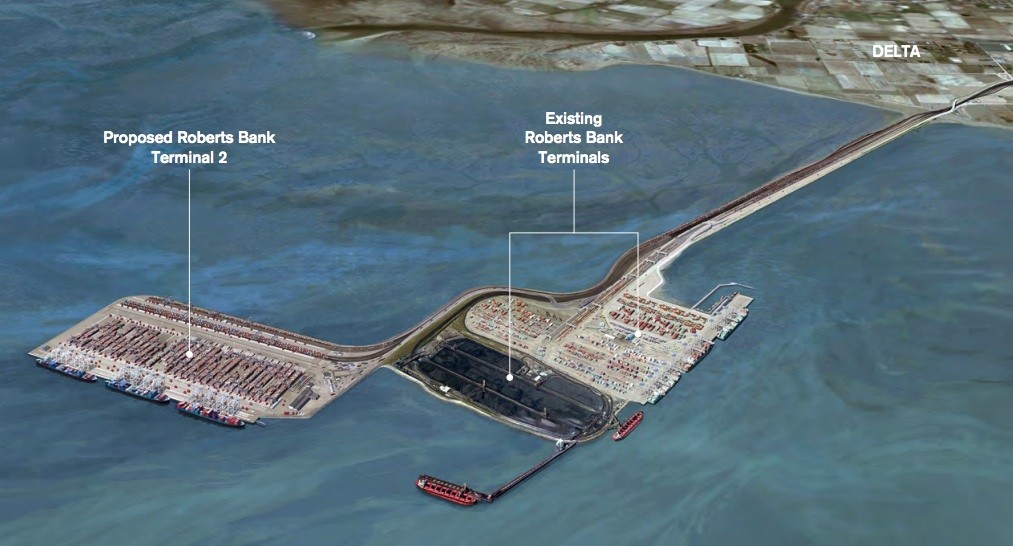 The expanded terminal would be built about 5.5 kms from the shoreline at the western end of the existing causeway. An area of about 270 acres – 1.7-km long and 700-metres wide – of the Straight of Georgia will be infilled to create a new three-berth container terminal.

There will also be supporting infrastructure such as a container storage yard, rail intermodal yards, and improved road access.

But federal government’s Environment and Climate Change Canada (ECCC) agency claims the terminal will not only result in the loss of intertidal habitat but could put naturally occurring biofilm – a major source of food for the shorebirds during their migration breeding period – at risk.

“ECCC disagrees with the Proponent’s conclusion that the Project, with the implementation of proposed mitigation measures, would result in no residual effects to coastal birds other than for diving birds,” reads the ECCC’s recent response to the Canadian Environmental Assessment Agency.

“Currently, as there are no accepted techniques to remediate for biofilm on intertidal mudflats, mitigation for this habitat loss is not possible… ECCC characterizes the Project’s residual adverse impacts on biofilm due to predicted changes in salinity as potentially high in magnitude, permanent, irreversible, and, continuous.” 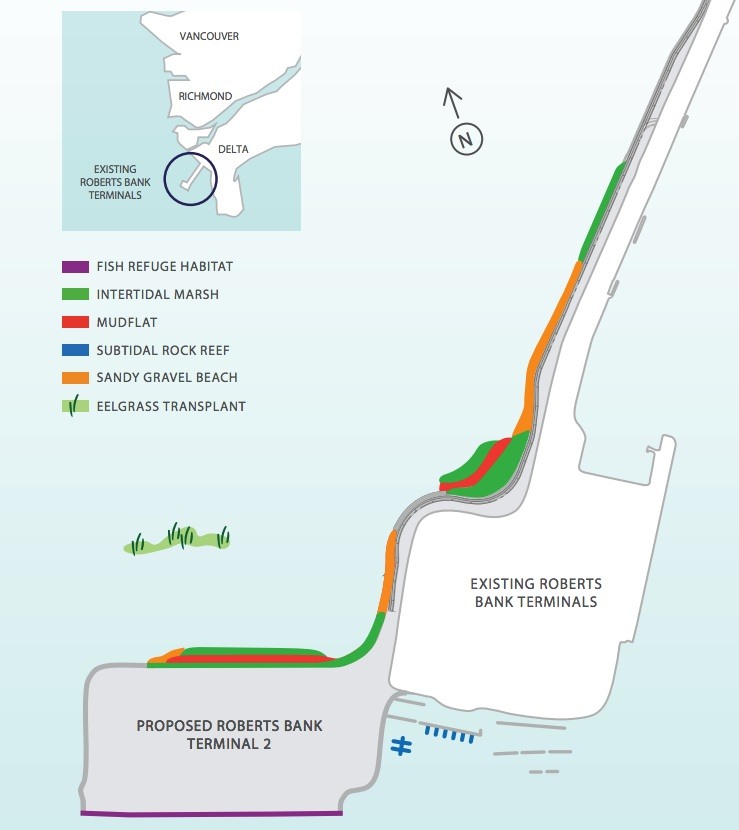 The ECCC’s concerns also extend to potential adverse environmental effects to the birds from marine shipping, which could disturb or result in collisions with the birds. It also claims the Port lacks an emergency marine response plan for marine birds and other wildlife in the event of a heavy fuel spill at the terminal.

We welcome these important conversations with agencies and others and look forward, through the panel review process, to work together on the items that have been raised.

We are confident in the conclusions of the many years of scientific study done for the Roberts Bank Terminal 2 Project. We also have full confidence in the independent federal panel process to assess that science and make its recommendation.

The Port says the project, one of its largest port expansions in decades, is absolutely necessary given that forecasts show demand for container traffic on the Canadian west coast will rapidly grow over the long-term.

Even with the current and proposed improvements to increase container capacity at the Port of Vancouver and Prince Rupert, BC will require additional container capacity by the early to mid-2020s or face losing traffic and jobs to other ports along the American west coast. 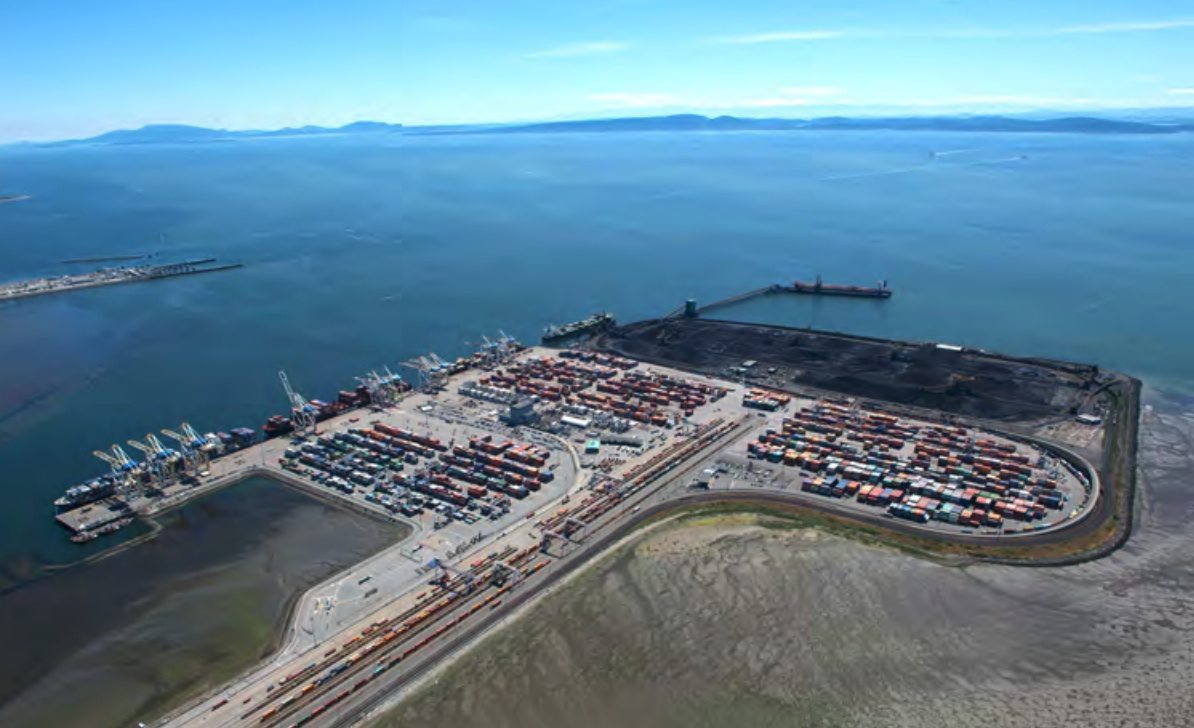 The capacity offered by the terminal expansion will be required by the early 2030s. If port facilities in BC operate at overcapacity over an extended period of time, it will lead to inefficiencies in the container supply chain and increase the costs of good to Canadian exporters and consumers.

The Roberts Bank terminal expansion has been identified by the Port as the only feasible option to significantly increase container traffic capacity and the option with the least environmental impact.

As well, billions of dollars in public and private infrastructure have already been invested in Delta over the past decade to support the planned growth of the Roberts Bank terminal, which is expected to absorb most of BC’s container traffic growth. This includes the construction of warehouses, industrial facilities, new and expanded railways, and new road infrastructure such as the South Fraser Perimeter Road.

The existing causeway to the Roberts Bank terminal. (Port of Vancouver)

Ship sizes at the Vanterm and Centerm terminals in Burrard Inlet just east of downtown Vancouver are restricted due to the Lions Gate Bridge’s clearance, and size restrictions also exist for the Fraser Surrey Docks because of draught requirements and the inability of long ships to turn around in the relatively narrow Fraser River channel.

Similarly, the Port has growing problems with accommodating new, larger cruise ships being increasingly used by the cruise ship industry.

The clearance issue with the Lions Gate Bridge restricts the size of the cruise ships that dock at the Canada Place terminal in downtown Vancouver. Last year, the Port said it was exploring solutions to this problem by looking for new potential cruise ship terminal sites outside of Burrard Inlet, including a facility near Roberts Bank.