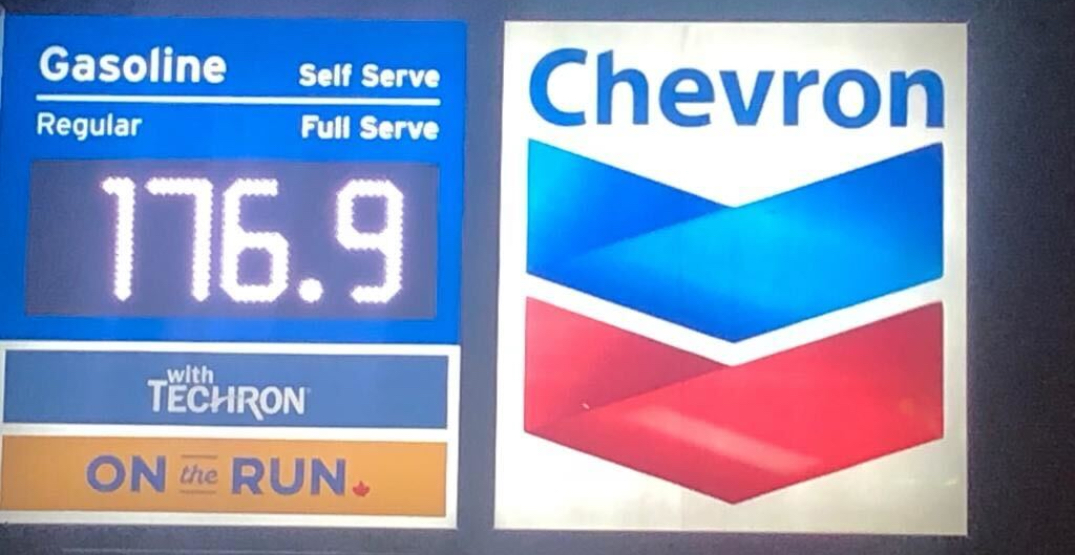 It’s not just you. Gas prices in Vancouver really are higher than normal.

“Vancouver has the highest gas prices in the country,” according to a report from the Canadian Taxpayers Federation, a non-profit that wants to lower taxes. At the time, they estimated that Vancouver drivers were paying on average $1.52 per litre at the pump in April 2021.

Now, if you look at gas prices in the last 18 months, Vancouver prices are much higher than the Canadian average.

According to a CTF report, the carbon tax currently costs nearly 10 cents per litre of gasoline in BC, which could help explain why prices seem much higher than the national average.

And, looking closely at the last month, the recent jump in prices since after Christmastime is clear.

Since December 22, 2021, gas prices have soared as you can see in the chart where the red line indicating Vancouver gas prices shoots straight up from about 1.53 per litre to 1.70 on average.

After historic flooding in the province created supply chain challenges, BC put in place a provincial order to restrict gas on November 19, limiting non-essential drivers to fill up 30 L at a time and urging British Columbians to conserve gas.

At first, the order led to a short-lived run on gas with reports of drivers filling up jerry cans in defiance of the order and some gas stations running dry.

That order to restrict gas is over as of December 14, and shortly after, gas prices appear to have gone up considerably in its wake.

Daily Hive has reached out to the Ministry of Transportation and Infrastructure for more information on gas prices after the lifting of the provincial order and will update this story.