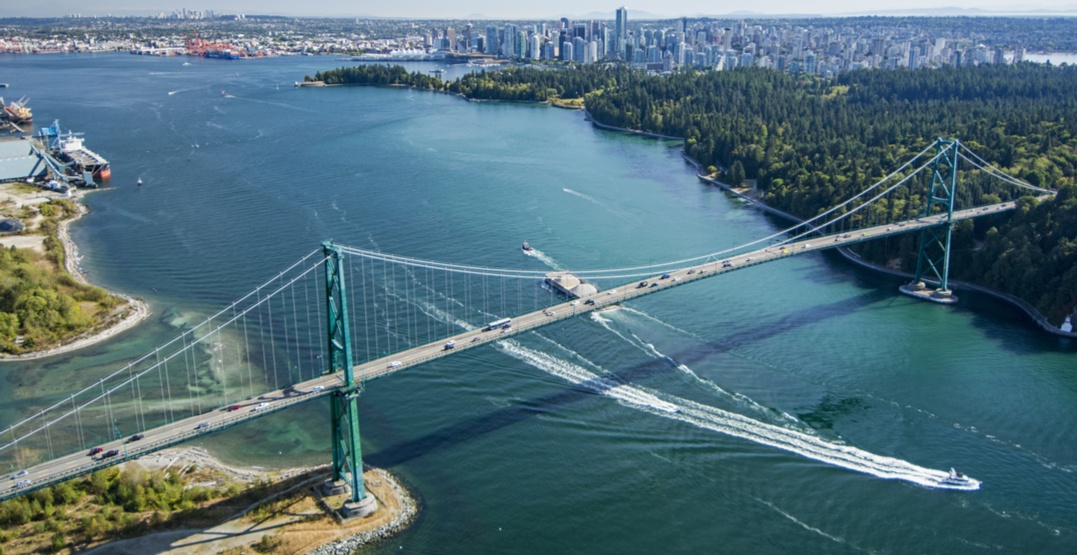 Boaters traveling through the First Narrows waterway of Burrard Inlet under the Lions Gate Bridge are being urged to slow down to a new “voluntary” speed restriction.

On Friday, the Port of Vancouver implemented a 15 knot (27.8 km/hr) speed limit through the area for recreational vessels such as power boats, fishing boats, and sail boats, as well as tugs, ferries, and whale watching boats. This speed restriction is in effect until October 1. 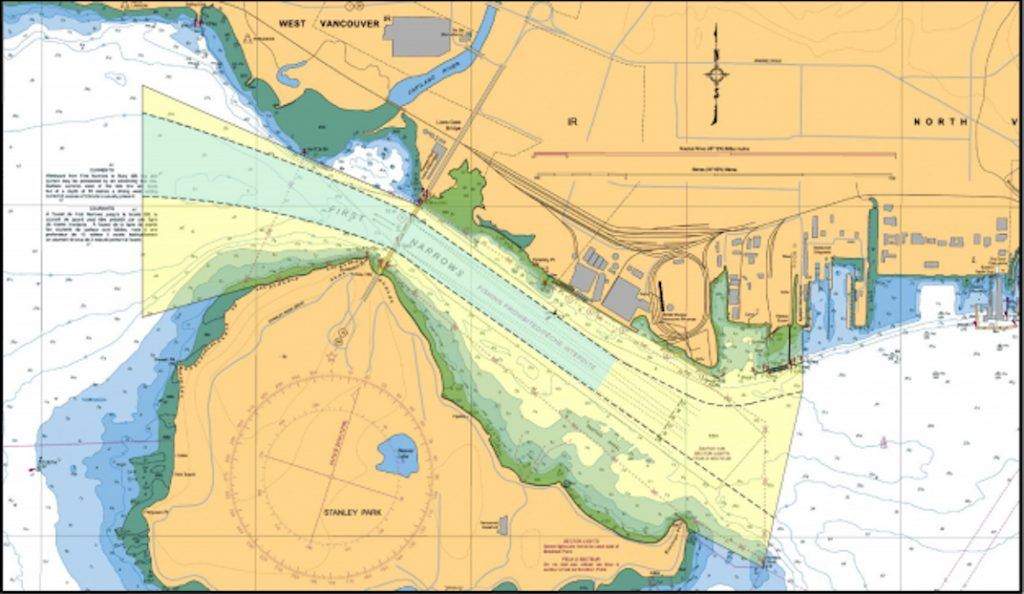 According to the port authority, the narrow waterway becomes “very congested” during the summer months when there is an increase in commercial and recreational vessel traffic.

Furthermore, there has been an increase in recreational boaters – such as kayaks, canoes, and paddle boards – in the area of the First Narrows and around Siwash Rock after the Port increased access to the area last year.

The First Narrows can also be challenging for small watercraft to safely navigate due to the powerful flows from tide and current conditions.