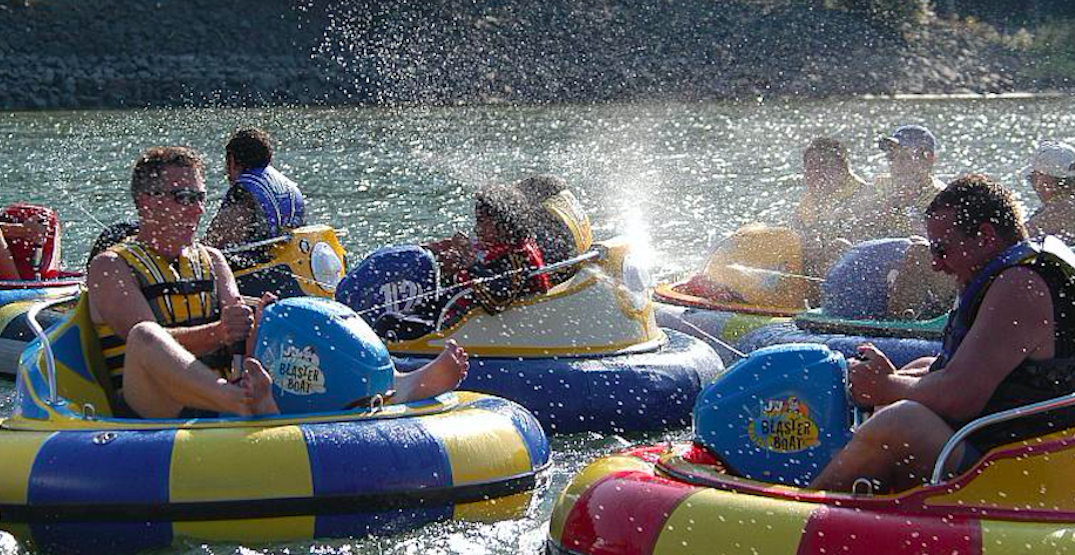 Sure traffic in the city can be frustrating sometimes. But what if you had a place to take out some of that frustration behind the wheel and have fun while doing so? And what if that place was on the water at a nearby BC lake?

No, it’s not some crazy idea, rather it’s exactly the case at Harrison Lake – about a two-and-a-half hour drive east of Vancouver.

Here you will find, not bumper cars, but rather bumper boats.

And while the set-up might be slightly different than traditional bumper cars –the idea is the same: Hop on and hit each other’s rides to your heart’s content.

In addition, each boat comes pre-equipped with water guns with a range of up to 10 feet, if simply bumping into one another isn’t enough.

The units are powered by a 24-volt motor and each boat is big enough to fit two people, but customers are welcome to ride solo.

The boats are rented out by Harrison Watersports at a cost of $20 per half hour.