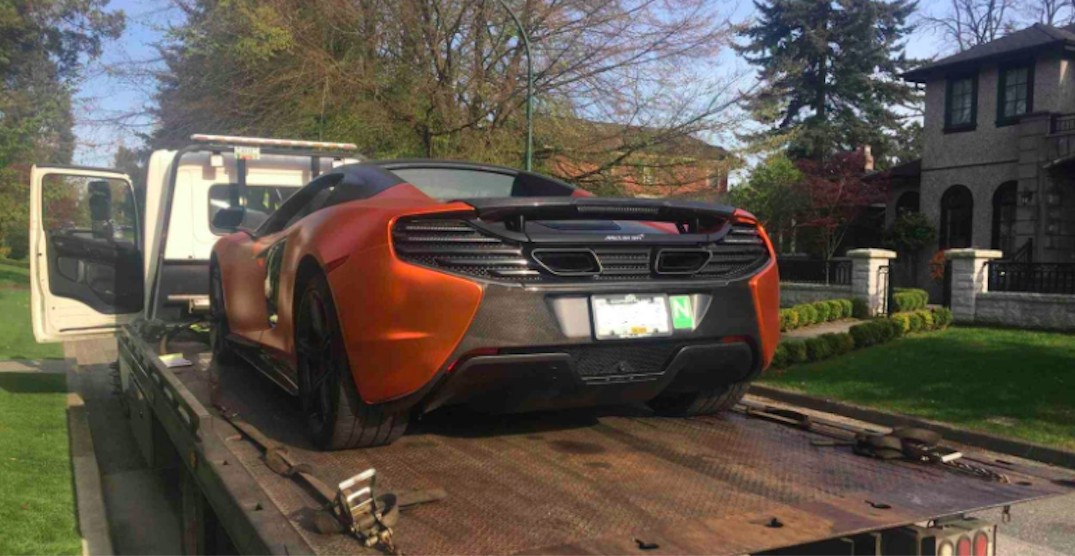 This car was impounded after its driver was caught doing over 70km/h in a 30 km/h school zone. (VPDTraffic / Twitter)

The ‘N’ licensed driver of a McLaren is without the vehicle today, after being caught for excessive speeding in a Vancouver school zone on Wednesday.

In a tweet, VPD’s traffic unit said the driver was caught doing over 40 km/h above the posted 30 km/h school zone speed limit.

As a result, the driver received a $368 fine, and the vehicle was impounded for seven days.

In BC, the posted speed limit in school zones is 30 km/h and it is applicable on school days between 8 am and 5 pm, unless the sign specifically says otherwise.

The posted speed limit in playground zones is 30 km/h from dawn to dusk, every day of the year – not just on school days.

It’s been a tough week for McLaren owners it seems.

Over the weekend, an unlicensed driver in Toronto crashed his friend’s $300,000 McLaren, resulting in what could be described as cringe-worthy photos from the incident.