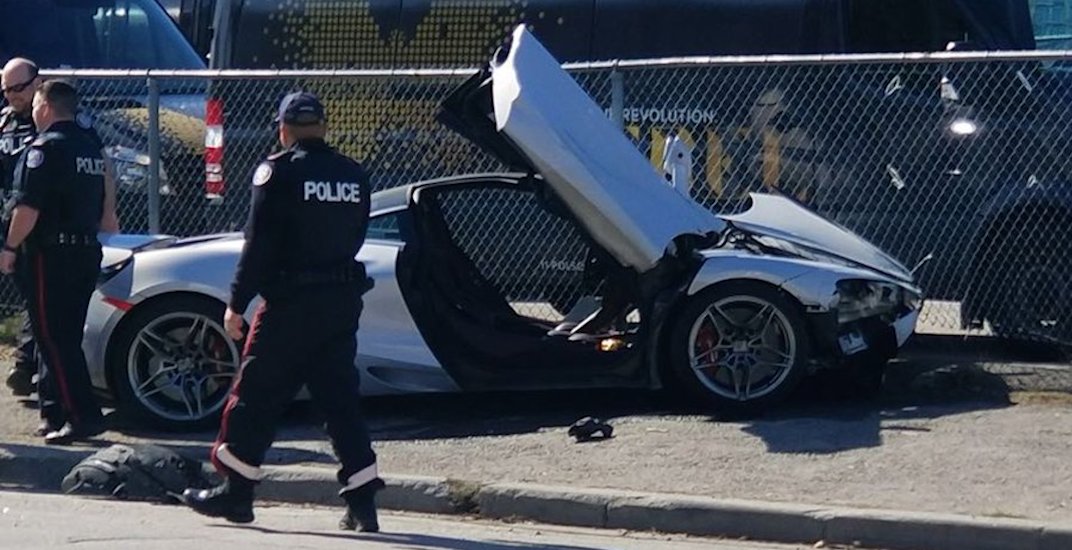 Another day, another preventable car crash in the city.

Only this time, the crash involves a car that comes with a pretty hefty price tag… $300,000 to be exact.

Over the weekend in Toronto, an unlicensed driver got behind the wheel of a friend’s new McLaren 720S, only for the acceleration to go horribly wrong.

In a video shared on Twitter by luxury car blog Zero2Turbo, a silver McLaren 720S can be seen revving its engine on a Toronto street.

However, shortly after the car accelerates, the driver loses control over the car and plows directly into a parked Audi R8.

“Don’t turn traction control off in a 710 horsepower rear-wheel drive supercar if you don’t have the experience to handle it,” reads the tweet from Zero2Turbo.

Don’t turn traction control off in a 710 horsepower rear-wheel drive supercar if you don’t have the experience to handle it… McLaren 720S acceleration goes horribly wrong and ploughs into a parked Audi R8 in Toronto #Crash #Oops #McLaren #720S #Audi #R8 pic.twitter.com/QJLu1fQVLj

And with a 4.0-litre twin-turbo V8 engine sending all that horsepower to the rear wheels, driving this car can definitely be a handful. Especially if you’re an inexperienced driver.

Photos were released of the damage done to both cars, and it’s as cringe-worthy as you would expect.

Driver of McLaren was an unlicensed 19 year old apparently 😡 pic.twitter.com/ttRHfHWGGn

On Sunday afternoon, Detective Constable of the Toronto Police, Scott Matthews, confirmed the crash on Twitter.

But this wasn’t the only situation involving stunt driving to take place in the city over the weekend.

According to Matthews, in just 24 hours the Toronto Police impounded four cars in regards to stunt driving, including a luxury car being caught speeding at over 100 km/hr in a 50 km/hr zone.

In the last 24 hours @TorontoPolice have impounded 4 cars in regards to stunt driving offences. This includes a driver speeding at over 100 km/h in a 50 km/h zone and an unlicenced driver losing control of his friends new McLaren and then crashing it.#SlowDown pic.twitter.com/hUTbCGxNE7

If the driver of the McLaren can take anything away from this situation, it’s to never let your friends get behind the wheel.