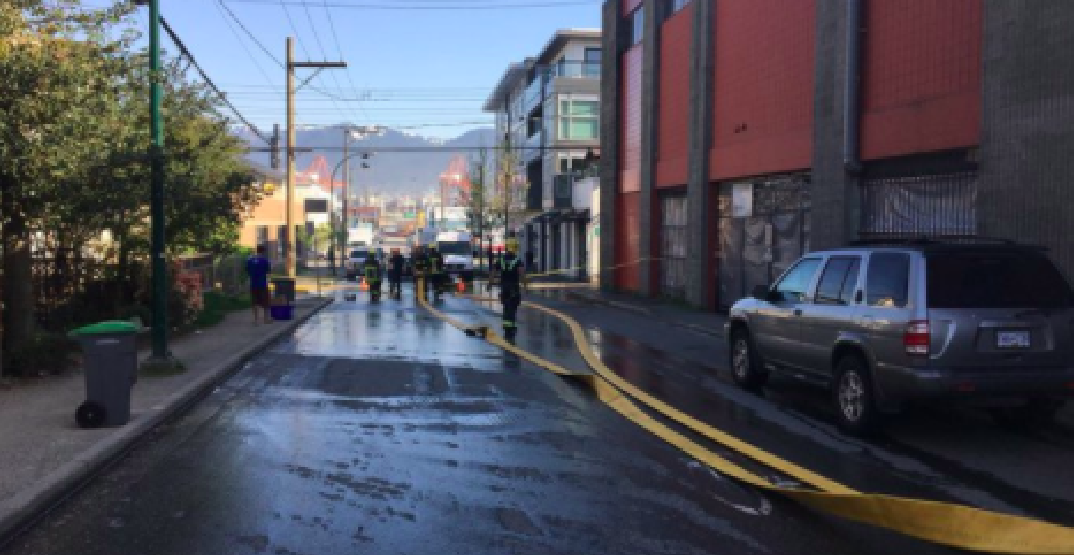 A motorist drove over a firehose while Vancouver fire crews were fighting a fire. (Vancouver Fire Rescue / Twitter)

A three-alarm fire in East Vancouver on Wednesday evening kept crews busy throughout the night and into Thursday. And if that wasn’t bad enough, a “dangerous and illegal” action by a passing motorist hampered their efforts even further.

In a tweet, Vancouver Fire Rescue said around 9:30 on Thursday morning, “a vehicle just drove through fire line tape and over 5-inch supply hose.”

The action caused the hose to burst, and hampered the water supply to the structure, they added.

A vehicle just drove through fire line tape and over 5” supply hose. This is both illegal and EXTREMELY DANGEROUS. The hose burst immediately interrupting water supply to fire fighters at the structure. #vfrs #vanworkingfire pic.twitter.com/mDl4yD9mj6

The evening blaze took place inside a warehouse that housed a printing company in the area of Pender and Clark.

The fire started around 10 pm and more than 60 firefighters were called in to battle the blaze, which sent thick plumes of smoke and flames shooting into the sky.

The cause of the fire is still unknown.