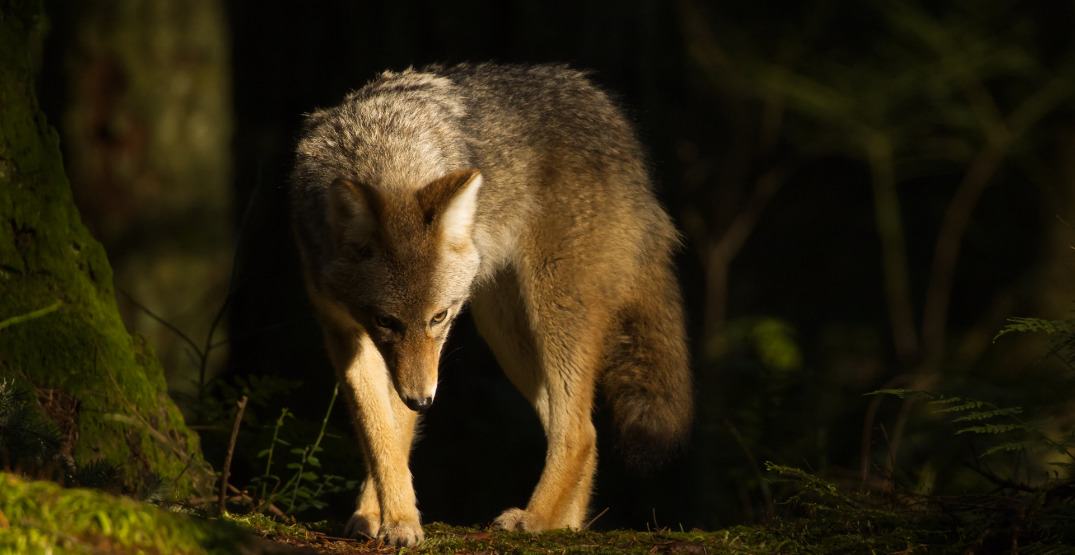 While there are certain times of the year when encounters with a Vancouver coyote are more likely, it could happen anytime, so we thought a survival guide could come in handy.

There haven’t been any notable coyote encounters in Vancouver since action was taken to prevent them, according to the BC Conservation Service, but it’s not out of the realm of possibility to suddenly find yourself facing off against one of Vancouver’s four-legged furry residents.

Coyotes aren’t usually a threat to humans. What made them so problematic for Vancouver last year was that some bad actors were luring coyotes out of the woods with food for the sake of wildlife photography or other purposes. This caused the coyotes to lose their fear of humans.

Under the Wildlife Act, you can be charged for feeding wildlife, including coyotes.

This habitual feeding made the coyotes brave around humans, which led to several attacks, including some against children.

There are a few ways to prevent the worst-case scenario. The following information comes from the BC government and WildSafe BC.

How to keep yourself safe

If a coyote approaches you:

How to keep your kids safe

If you find a wild coyote nearby:

How to keep your pets safe

If you keep a compost bin, ensure it’s secure and has a lockable lid. Conservation experts also suggest using something to mask odours that your compost may give off.

If you’re in the middle of an encounter, do not stop to take pictures. As mentioned before, never, ever feed wildlife. Not only is it an offence, but it could also make predators more comfortable around you.

In extreme cases, WildSafe BC suggests you can carry deterrents like noisemakers or bear spray.