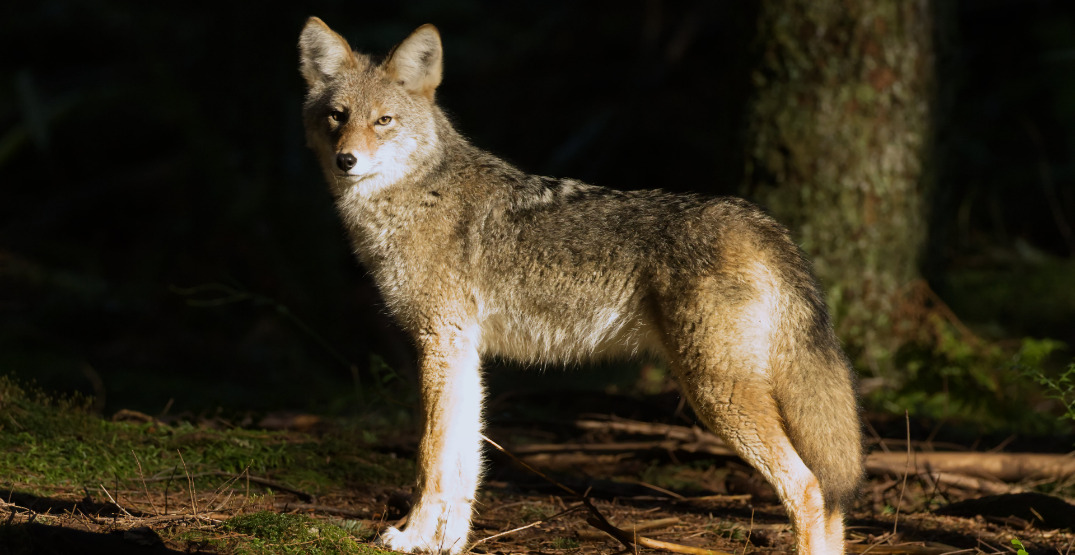 Another coyote attack has taken place in Stanley Park, and another child was involved, this time a five-year-old boy.

The attack occurred last night during a family walk in Prospect Point, at approximately 9:30 pm.

During the walk, the young boy ran ahead of the family when a coyote lunged at him, biting him on the leg.

“No one wants to see anyone injured by a coyote, especially a child, and we are thankful he is recovering.”

“If you are in the park, use abundant caution, as there is a high risk of encountering an aggressive coyote.”

Conservation officers will continue to patrol Stanley Park today, and it is not yet known if they’ve found the coyote who perpetrated the attack.

“The COS continues to work with wildlife biologists, park rangers, area organizations and the municipality to consider all options to address and reduce coyote conflicts.”

Conservation officers urge the public to report any aggressive coyote encounters to the RAPP line at 1-877-952-7277.

You can find tips to protect yourself from a potential coyote attack here.