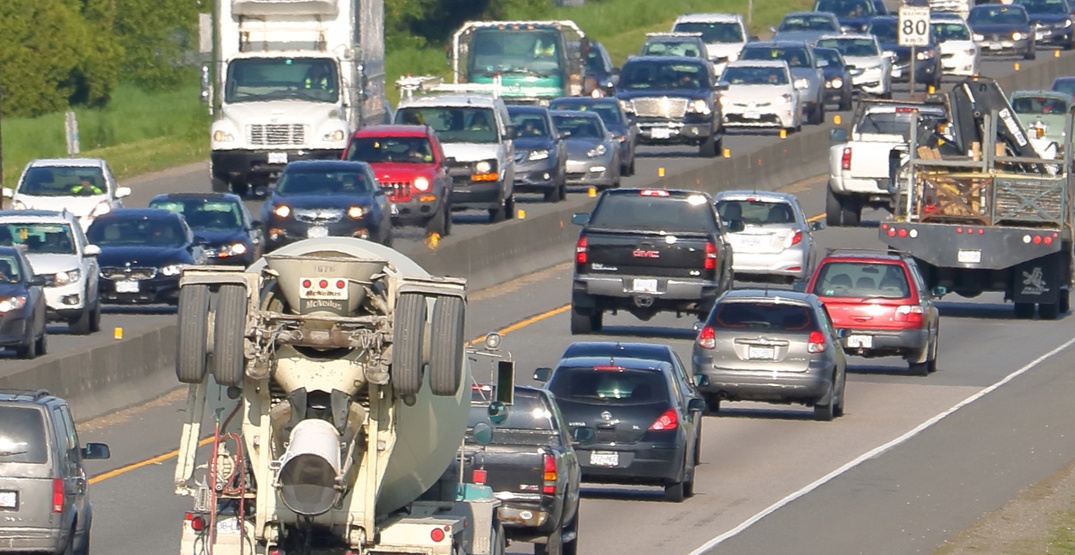 A section of Highway 1 in Metro Vancouver that handles almost 9,000 commercial vehicles on a daily basis alone is set to undergo some major upgrades, the BC government has announced.

On Thursday, Canada’s Minister of Infrastructure and Communities François-Philippe Champagne – along with BC Premier John Horgan and Langley Mayor Jack Froese –  announced $235.5 million in joint funding for upgrades to the Trans-Canada Highway in Langley.

“These improvements to Highway 1 in Langley will make it easier for businesses to get their products to customers, reduce pollution, and allow residents to spend less time in traffic and more time with their families,” said Champagne.

Work involves widening a total of 10 kilometres between 216th Street and 264th Street by adding a new high-occupancy vehicle (HOV) lane in each direction, reconfiguring the 232nd Street interchange and adding a new underpass at Glover Road and the CP Rail crossing.

“This investment along Highway 1 is part of our government’s commitment to improve transportation networks across our province,” said Horgan.

A new truck parking lot will also be added near Highways 1 and 17 for up to 150 commercial trucks and up to 45 passenger vehicles.

In addition to daily traffic, this particular stretch of highway also serves as a key link to the port of Metro Vancouver and the US border.

These upgrades, the province said, will not only “improve safety and efficiency” along this key route, but “boost trade and support economic prosperity for the region” by accommodating a greater number of vehicles.

Widening Highway 1 east of 216 Street and adding HOV lanes “will help ease congestion, support our transportation network, and make it safer and easier for people and goods to move throughout our busy, growing region,” said Froese.