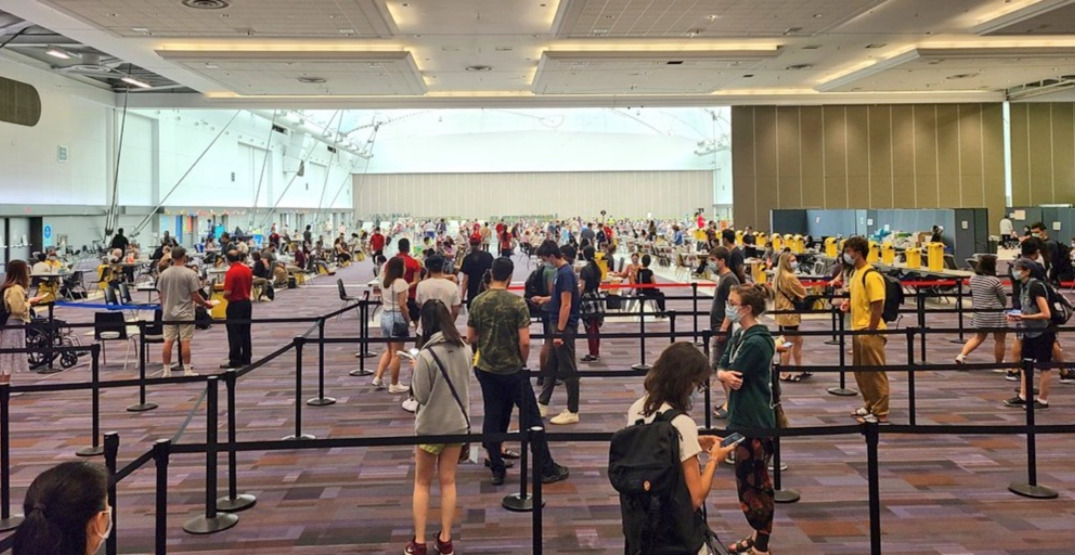 One of the largest COVID-19 immunization clinics in Vancouver is now closed: the site at the Vancouver Convention Centre East building closed this weekend.

The convention centre was the largest-capacity clinic in BC. At its peak, it served over 5,000 people a day.

As demand for the vaccine wanes, Vancouver Coastal Health is switching its strategy to more pop-ups and smaller, community-based clinics.

In May, the Convention Centre announced it had reached a major milestone, having administered over 100,000 vaccinations.

The Vancouver Convention Centre COVID-19 vaccine clinic will be closing Aug. 29 at 3 p.m.

A huge thanks to everyone at the Convention Centre who worked tirelessly to get people vaccinated over the past months and to all those who stopped by to get immunized. 💙 pic.twitter.com/sxEGUYq2QU

The clinic officially opened in March of 2021 and was a partnership between the BC government and tourism industry workers and venues. The initiative helped create over 1,400 job opportunities.

There are still many places in Vancouver to get a COVID-19 vaccine, which will be mandatory to access a large variety of services in BC beginning September 13.