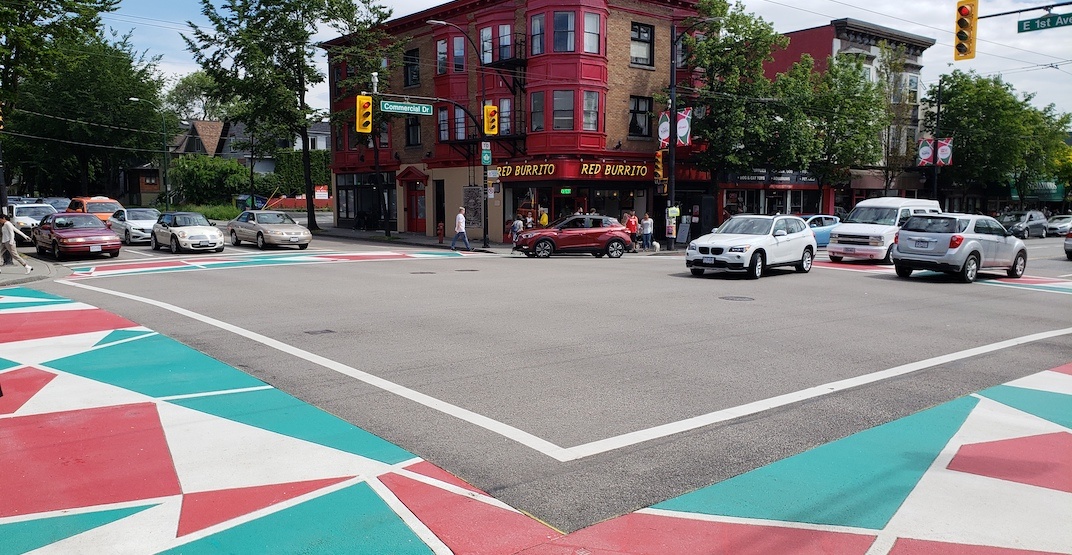 Vancouver city council has passed a motion calling for Commercial Drive from Venables Street to Broadway to be designed as a “pedestrian-first” street.

“The community has come together to support a vision for The Drive to become a European-style street that promotes shared access, enhanced public space and a vibrant, sustainable local and regional economy,” said Fry. “This is a fantastic opportunity for The Drive to evolve into a more pedestrian-friendly street that is vibrant, accessible and, first and foremost, walkable while at the same time supporting business viability so that it remains a highly desirable local and regional commercial destination.”

In the past, the business improvement association has been known to be against repurposing road space on Commercial Drive for north-south bike lanes, and their vision stops short of adding this feature to the retail district segment of the street. Their vision, however, notes they are supportive of a potential new bike lane on Victoria Drive.

CDBS has also suggested turning the laneway west of the Expo Line platforms of SkyTrain’s Commercial-Broadway Station into a public plaza. Over the long term, TransLink is contemplating turning this laneway footprint into an expansion of the station, with an additional outbound platform for the Expo Line and a third pedestrian bridge spanning East Broadway.

Over the medium term, the idea of slowing vehicle traffic with lane reductions could come into conflict with TransLink’s plans for the corridor. Later this decade, the public transit authority intends to launch a RapidBus route on the Commercial Drive-Victoria Drive corridor from downtown Vancouver via East Hastings Street to South Vancouver.

The City of Vancouver also intends to enact bus priority measures along Commercial Drive between Hastings Street and East 12th Avenue before the end of the decade.