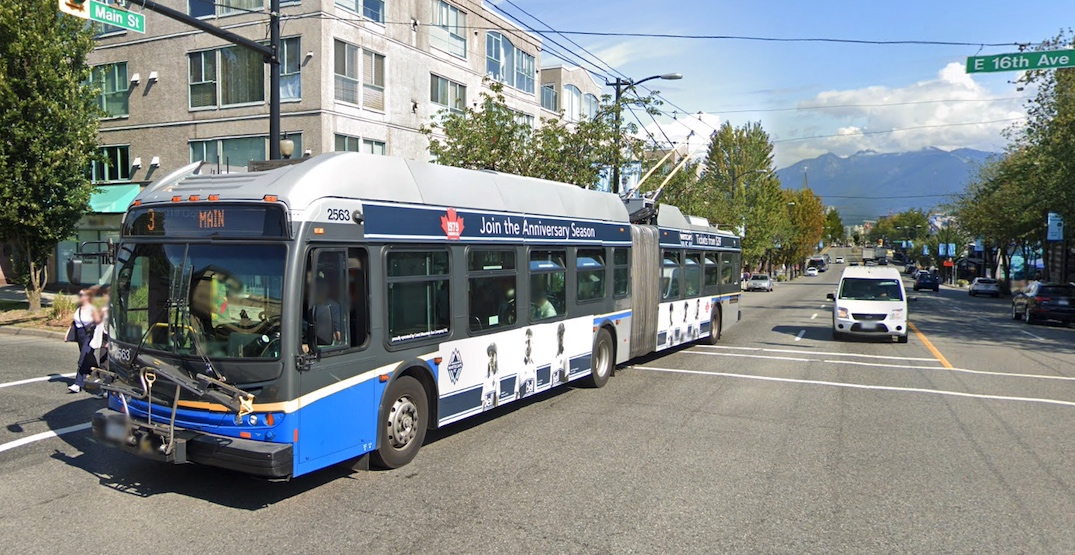 As many as 10 major arterial street corridors that are heavily used by TransLink bus services, but experience congestion and delays, could see bus priority measures at some point over the span of this decade.

The City of Vancouver plans to work with the public transit authority to develop new strategies that help speed up and improve the reliability of bus services.

Bus priority measures include the practice of “bus stop balancing” of removing bus stops where they are too closely spaced, building bus bulges and boarding islands on the curbside lane so that buses do not have to pull into and out of a stop, implementing bus-only lanes and queue jumpers, adding left-turn regulations and right-turn lanes, and introducing transit signal priority that advances buses at major intersections.

This is one of the numerous strategies in the Climate Emergency Action Plan (CEAP), approved by city council earlier in November.

Then in 2022, about $1.2 million will be set aside to proceed with the construction of “one significant bus priority corridor or equivalent” by the end of that year.

A total of 10 bus priority corridor projects have been identified for the city to reduce the severe delays that are currently experienced.

There are six short- to medium-term corridor projects by 2025, including:

Another four corridor projects are over the longer term, slated for completion between 2026 and 2030: 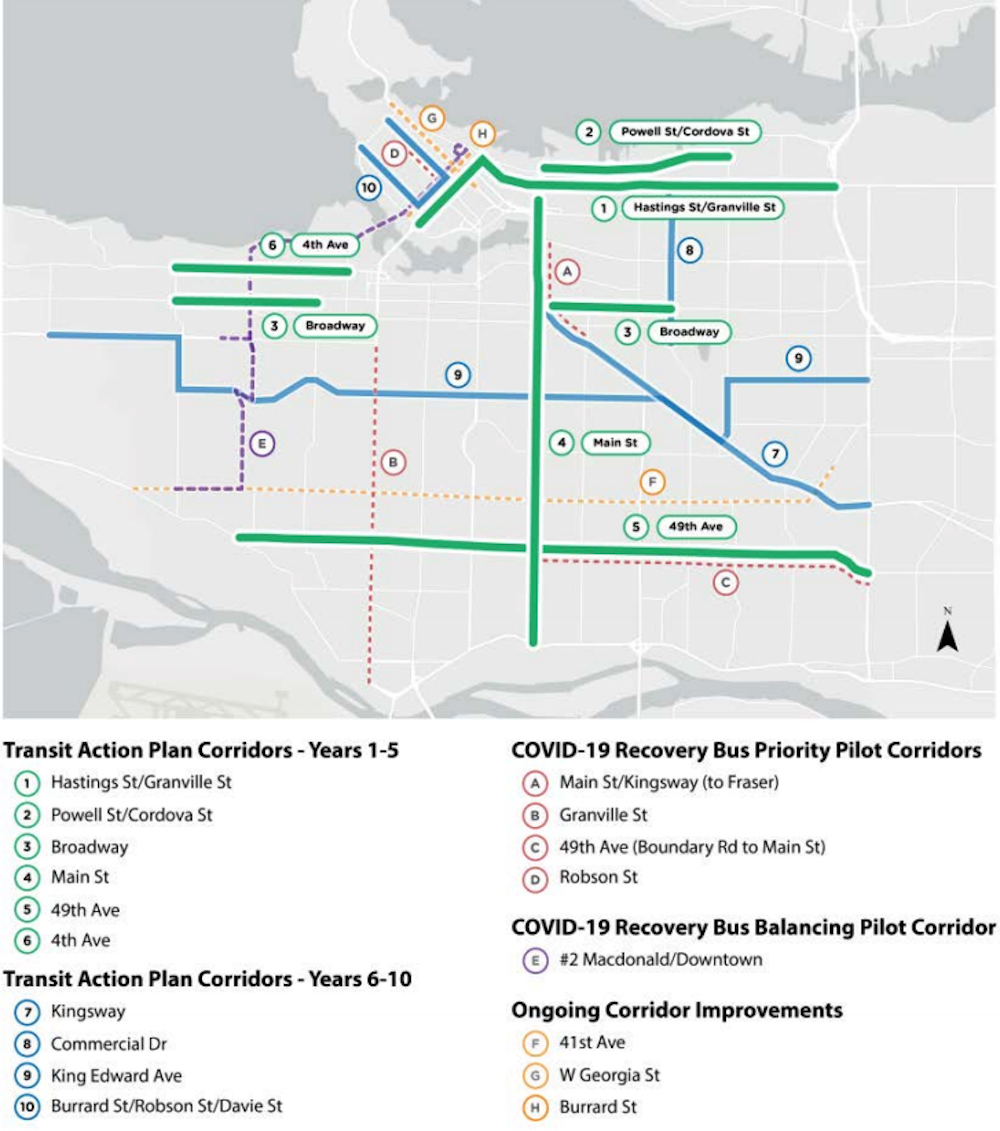 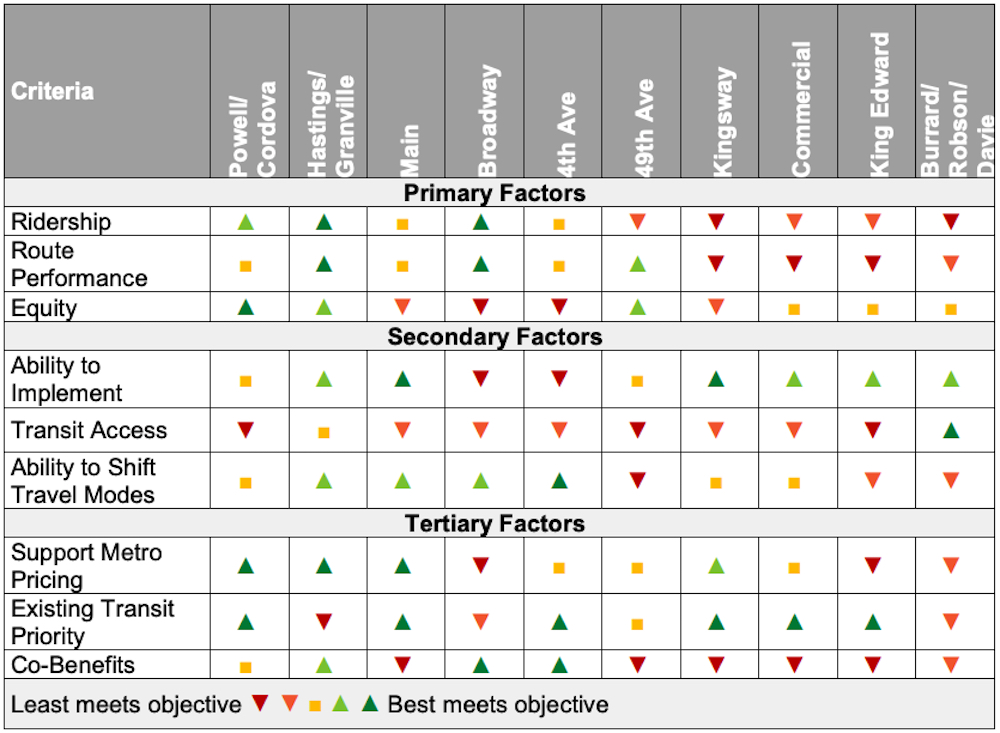 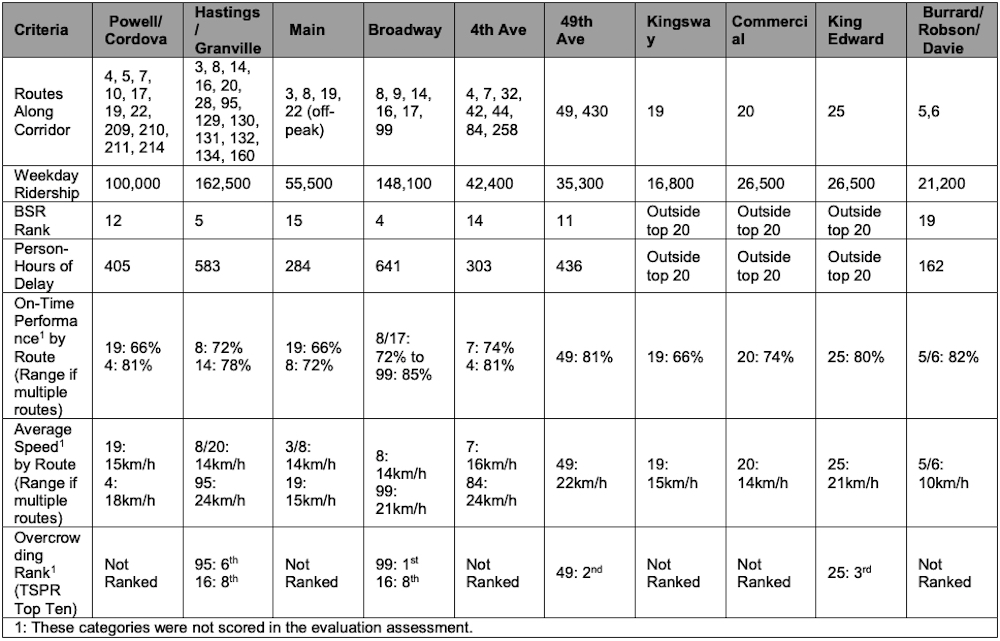 Future detailed planning will determine exactly what kind of bus priority measures will be put in place for each of these corridors, with bus-only lanes — full-time or part-time/peak hour — being the most intensive of the options to help reduce travel times.

All of this is in addition to three bus-only lane projects borne from the COVID-19 response directly spearheaded by TransLink in partnership with the municipal government. Before the end of 2020, bus-only lanes will be rolled out for stretches of:

Bus bulges have also been installed at select bus stops on Robson Street.

These bus priority measures are in addition to the changes made to 41st Avenue and Joyce Street in 2019 for the R4 RapidBus between UBC and SkyTrain’s Joyce-Collingwood Station, which launched early this year.

The municipal government expects there will be continued funding from TransLink for new bus priority measures, but it has also determined a need to provide supplemental city funding as part of the $500-million CEAP agenda to fully rollout the list of corridors slated for bus priority measures over 10 years.