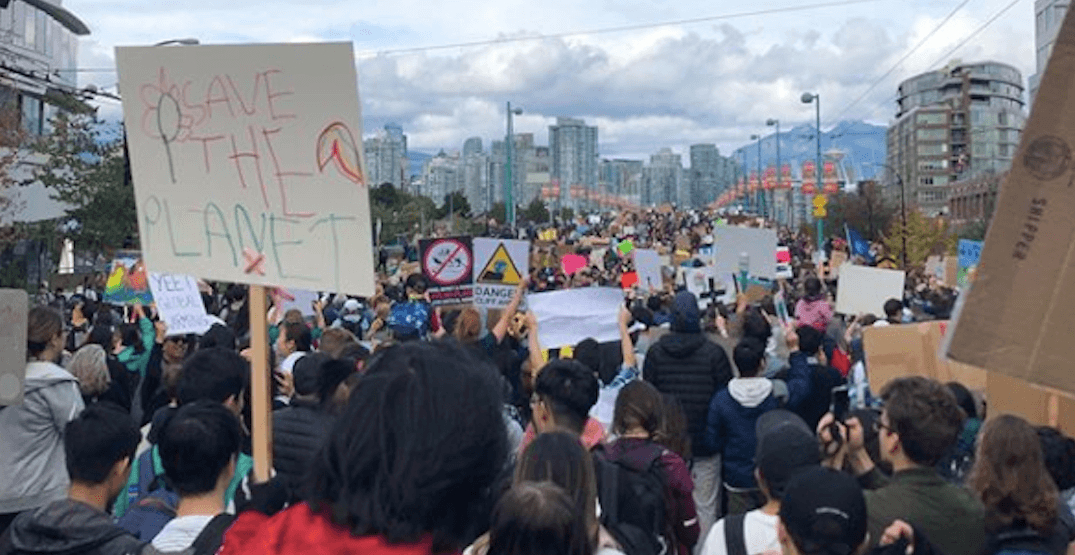 Thousands of people are currently participating in the Vancouver climate strike this afternoon.

The event began at city hall around noon, and the event was expected to make its way across the Cambie Street Bridge, into downtown and towards the Vancouver library.

And with so many people taking part, Vancouver police have issued a number of traffic advisories for motorists travelling in the area.

#VanTraffic Due to the #climatestrike happening in Vancouver right now, two northbound lanes of Cambie Street are closed between 12th avenue and West Broadway

This past week has seen millions of young people across the world protest climate change and call on political leaders to take action, inspired by 16-year-old Swedish activist Greta Thunberg.