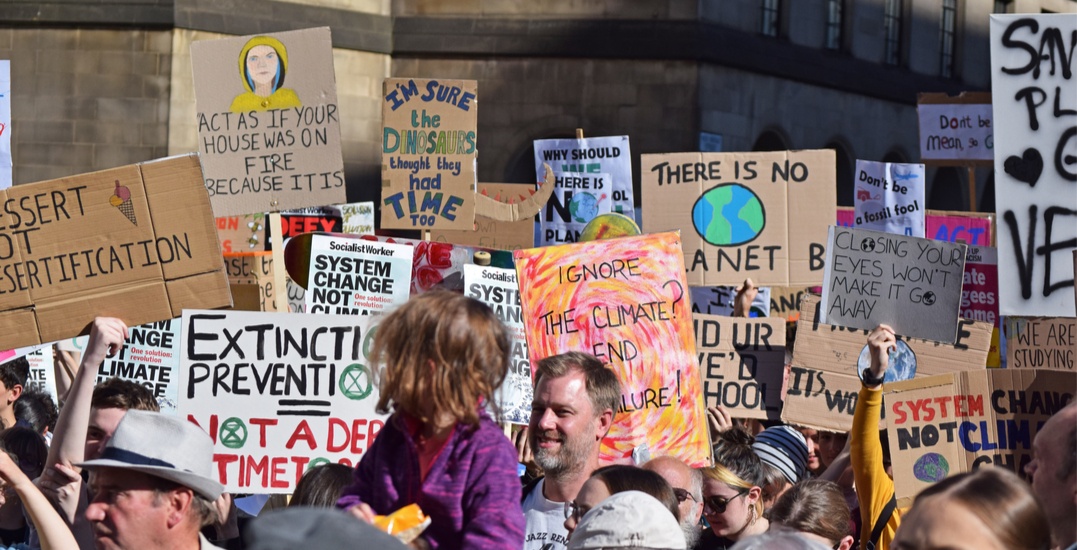 Massive crowds are expected to rally at Queen’s Park, in the heart of Toronto, on September 27, to participate in the Global Strike for Climate Justice.

Hosted by Fridays For Future Toronto, the Facebook event page showed 8.9K going to the strike and an additional 12K “interested” in the event as of Thursday morning.

Millions of people of all ages took to the streets around the world last Friday, September 20, to demand governments take action to address the climate crisis and put an end to the age of fossil fuels.

The strikes were inspired by an idea from Greta Thunberg, the 16-year-old Swedish student and climate activist who has become a global force in the fight against climate change.

The worldwide walkout, organized by the Fridays for Future campaign, took place in more than 150 countries ahead of the opening of the United Nations General Assembly and the Climate Action Summit on September 23.

For this week’s event, the Toronto District School Board (TDSB) is acting with encouragement, supporting students who plan to walk out of class and participate in the climate strike.

Fridays for Future invites adults to join youth strikers in solidarity, and is backed by the S27 Coalition, a diverse group of activists, union members and everyday Torontonians.

“We can no longer continue with business as usual. This is a crisis. Our governments need to treat the climate crisis like the emergency it is,” reads the Facebook page.

Beginning at 10 am in the south end of the park grounds, the day will see a rally followed by a 1.5 minute of silence to remember those who have already lost their lives to the climate crisis, and then a march.

The march will head east on Wellesley, south on Bay, west on Queen and north on University, back to Queen’s Park.

The event will conclude with a rally and music performances, plus speakers including Indigenous activists, food justice advocates, Fridays for Future youth, and former Environmental Commissioner of Ontario Dianne Saxe.

Attendees are encouraged to BYO-water bottle, as there won’t be a water truck on site, and to take any personal litter away at the end of the event.

There will be an access van (2 wheelchairs, 5 ambulatory) for those in need of it, and there will be ASL interepreters for the rally.

Official demands for the strike can be found here.

Where: Queen’s Park
When: Friday, September 27 from 10 am