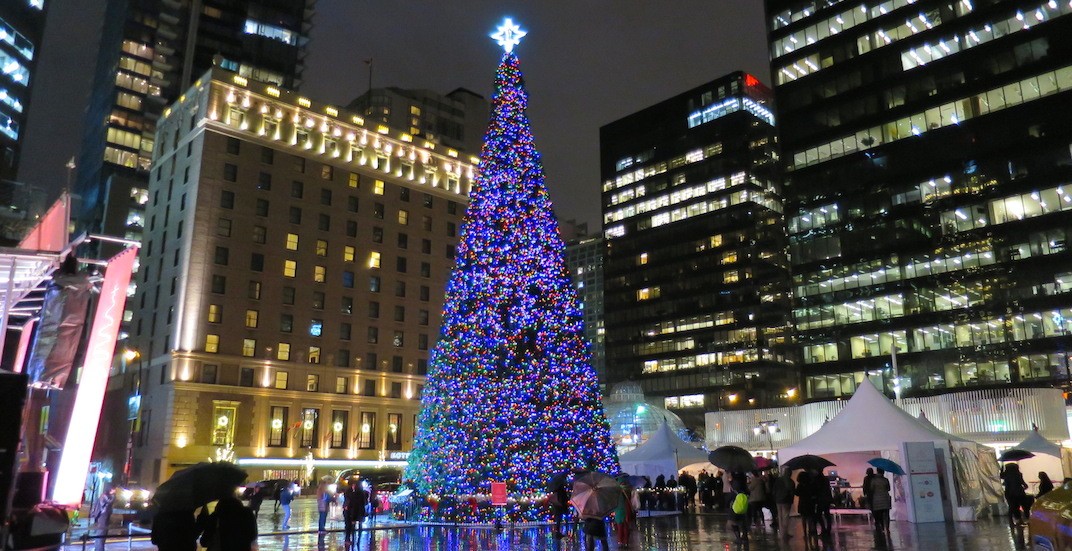 While large public gatherings may be a no-go due to COVID-19 restrictions, Vancouverites will still have the chance to witness one of the city’s most beloved Christmas traditions: the lighting of the massive Christmas tree in the heart of downtown Vancouver.

Presented by Amacon, the virtual event will be broadcast on CTV this Friday, November 27, at 6 pm.

Standing at 75 feet tall and featuring 100,000 lights, the lighting of the tree helps signal the start of the Christmas season in the city. It will remain lit until January 4.

This year, Amacon will be donating to Vancouver International Children’s Festival, as part of its “Light It Up” campaign that has raised over $1 million for local charities.

Ever since the tree was lit up for the first time in 2017 at the West Georgia Plaza at the Vancouver Art Gallery, it has become quite the attraction for those looking for a holiday-themed photo opportunity.

This new tree is much taller than the old 50-ft tree, which is now retired. It stands at a height of 80 ft, including a 5-ft-tall star, making it taller than this year’s 75-ft-tall Christmas Tree at Rockefeller Center in New York City.

It is also the tallest purpose-designed, artificial Christmas Tree in BC.

And while the tree might not be as impressive during the daytime, it is a beacon during the evening and overnight hours when thousands of bright, colourful lights illuminate the tree.