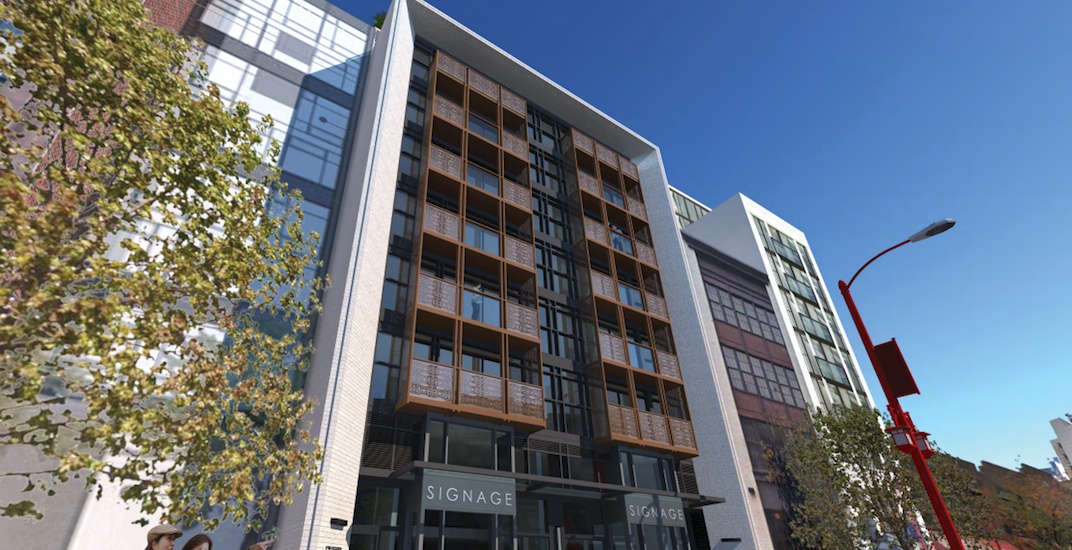 The importance of economies of scale seems to be completely overlooked in the municipal government’s proposed zoning changes for the Vancouver Chinatown district, which would effectively allow significantly fewer people to live in the neighbourhood and hinder its goal of creating housing that is affordable for middle-class income earners.

A decision could be made as early as tomorrow evening following the conclusion of the second half of the public hearing, which started on Thursday and ended late that night at 10 pm with 30 more speakers still to go.

The proposed changes amount to the City’s arbitrary and never-ending quest for complete subjective perfection and an ever-moving goalpost for that pursuit.

A 2011 policy that allows for denser redevelopments through added height in Vancouver’s Chinatown was meant to be a driving force of the revitalization of the dilapidated district.

However, the municipal government has recently taken the unprecedented move of cancelling most of these policies in the aftermath of the rejection of the empty parking lot proposal at 105 Keefer Street. The rejection was, of course, largely the result of the angst of anti-development activists.

What the changes mean for building in Chinatown

These are, effectively, some of the strictest and most inflexible rules on building development in Canada, with the sole intent being to aesthetically match Chinatown’s heritage character and traditional scale. It is one of the main gripes of activists, who lament that new recently completed tall buildings reaching 120 ft – a relatively modest height in most major cities, especially near the city centre – do not belong in Chinatown.

But these pre-determined policies will only make housing significantly more expensive to build when developers have one hand tied behind their back in their calculated process of designing an efficient building for the lot.

Each of the above-mentioned policies acts to restrict developers from leveraging economies of scale, which is something larger construction projects usually benefit from.

And at the end of the day, the increased costs are passed on to the buyer.

Narrow building widths, for instance, will result in small floor plates. Yet there are fixed costs for any size of development, such as safety features and the floor area occupied by non-saleable uses and spaces like the minimum number of stairways and elevators, support spaces (i.e. residential lobby and hallways), and parking access including the laneway ramp (although recent development proposals in Chinatown have moved towards car elevators given that their lots are too narrow for ramps).

Covering these costs without having to drastically hike the price of the saleable area (the gross floor area of space that can be used for residential) to recover those costs could be mitigated to an extent by building wider and taller buildings, as it would disperse the cost over more units.

If there were to be redevelopments along a large area of a city block, a significant level of duplication would be required for multiple small, narrow buildings at a great cost, even though it will achieve the same density as larger buildings with larger floor plates.

Other costs like site excavation, construction equipment, on-site trailer storage and office space, fencing, temporary protective installations, and land acquisition would also benefit from being a part of a larger construction project as such costs become a smaller percentage of the total project cost.

Another matter relates to labour costs, as larger construction projects are generally much more cost-efficient with their crews.

Conditions that could lead to luxury condos

The extent of the economies of scale is also a major determinant for what scope and type of community amenities and social housing can be incorporated into a project. Scale is needed in order to spread out the costs amongst the buyers of a building, however, the municipal government has proposed to remove greater height allowances in exchange for these benefits.

Opponents of 105 Keefer Street lambasted the developer for not offering more community benefits and covering the entire cost of a whole social housing floor plate of 25 units for low-to-moderate income residents. For a relatively small 12-storey project with only 110 market residential units to spread the cost, this could very well be an insurmountable obstacle if the cost to buyers is not substantially increased.

If the City passes its new building requirements for Chinatown, developers could be forced to upscale their residential projects into luxury properties to justify the higher prices. Developers may even spend marginally more on interior design and finishings in order to be able to market their developments as luxury calibre.

For years, there has been a general consensus that Chinatown is in need of a revitalization, but none of this will be achieved if the scope of redevelopment that delivers added population to the district is limited.

Without effective and meaningful change that delivers redevelopments of scale, there is no question that Chinatown will cement itself as an offshoot of the ghetto that is the Downtown Eastside in the years to come.

The process of the Downtown Eastside’s expansion southwards into Chinatown has been happening for nearly two decades, and the rate of the area’s deterioration will only grow exponentially moving forward as homelessness rises and the city’s opioid crisis runs rampant.