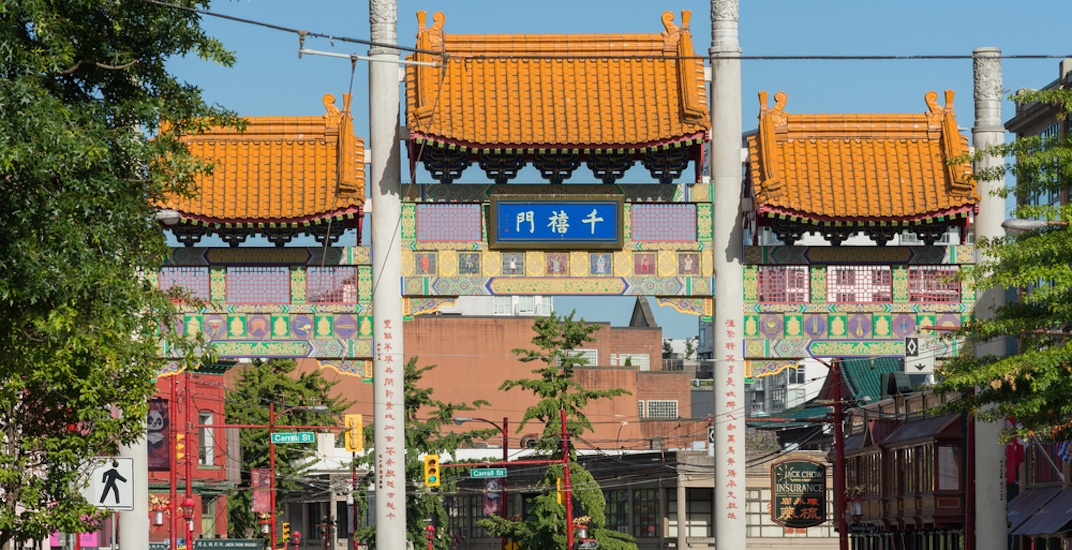 The gateway into Vancouver Chinatown. (Shutterstock)

Vancouver City Council has unanimously approved a plan that will direct staff to initiate a process to pursue a UNESCO World Heritage Site designation for Vancouver’s Chinatown district.

The desire for the prestigious designation is one of the approved steps outlined in a reconciliation report that addresses the discrimination experienced by early Chinese Canadians in Vancouver.

In its World Heritage Site program, UNESCO – short for the United Nations Education, Scientific and Cultural Organization – selects landmarks or areas that have a cultural or historical significance, and such sites are legally protected by international treaties once formally designated.

“If successful, the designation of Vancouver Chinatown as a World Heritage Site will be a first for Chinatowns in Canada and North America, and will mobilize communities and diverse sectors to work together on an important and groundbreaking initiative,” reads a City staff report.

Vancouver’s Chinatown is also the third largest in North America, behind districts in New York City and San Francisco.

Chinatowns across the continent were segregated areas where Chinese people could only live and work; these districts formed as they were excluded from the rest of society.

“The designation will bring prestige and honour to Vancouver, and reinforce the idea of reconciliation guiding the development of an important area of the city,” the report continued.

But it will be anything but an easy and quick pursuit – such a designation would have to overcome major hurdles and could take at least 10 years, and there is no guarantee for success.

A number of steps have been identified by the City’s Historical Discrimination Against Chinese (HDC) Advisory Group, which was responsible for the report delivered to City Council.

After all of these steps are completed, a report will be sent back to Council on the feasibility scope, timeline, and resource implication of submitting a UNESCO application.

Additionally, a Chinatown Living Heritage & Cultural Assets Management Plan will be created as a “blueprint’ to support the UNESCO application. It will address both the tangible and intangible “living heritage” and cultural assets of the district.

Canada currently has 18 UNESCO World Heritage Sites, with the majority being natural sites such as national parks and geological formations. Urban sites include the Historic District of Old Quebec City and Nova Scotia’s Old Town Lunenburg – one of the best surviving planned British colonial towns in North America.

Other reconciliation steps recommended by the HDC and approved by City Council include a formal apology for past policies by the municipal government that discriminated against residents of Chinese descent. The apology will be delivered in various written and spoken approaches next year.

Despite their significant contributions to BC, early Chinese Canadians were segregated, largely excluded from immigration, unfairly required to pay a Head Tax, and barred from civic employment and voting in elections.