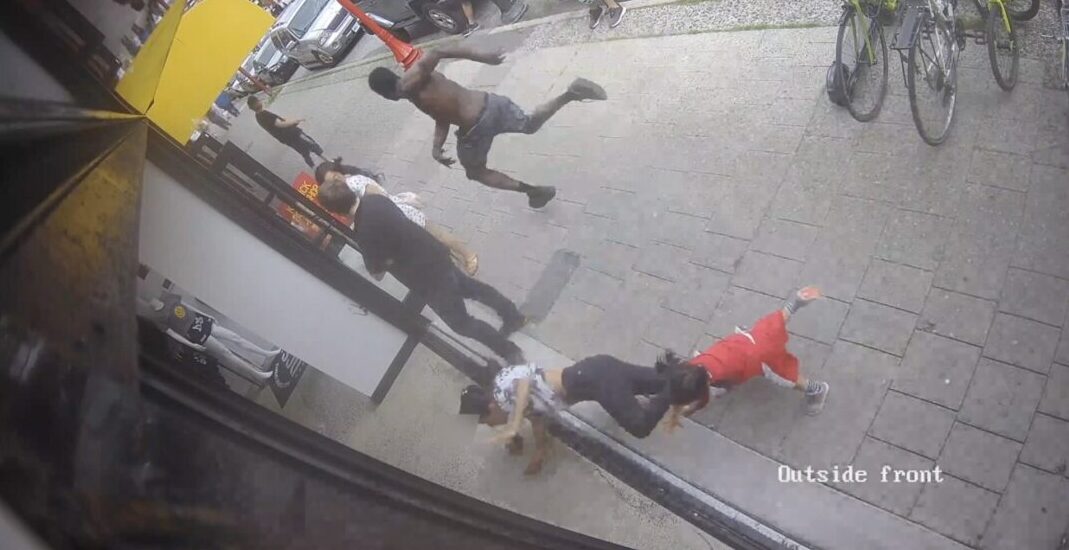 Vancouver police say a man has been arrested in connection to a high-profile assault in Chinatown.

Video of a 40-year-old woman standing with her toddler was shared by Vancouver police and shows the shocking moments they are knocked to the ground earlier this month.

The mother and child were standing on East Pender near Gore Avenue, police say, and the mother struck her head on the pavement. The child suffered some scratches.

Officers say ahead of the incident, they were responding to reports of a shirtless man walking in traffic and kicking cars on July 9, around 10:45 am.

In a release, the VPD says the suspect kicked one car so hard that it was dented.

Shakwan David Kelly, 27, was initially taken to jail by Vancouver police, then released from custody after being charged with mischief, assault, and obstructing a peace officer.

Kelly didn’t show up for his scheduled court appearance on July 12 and was wanted BC-wide. He was arrested Thursday morning on Keefer Street after a person recognized him.

He remains in jail pending a hearing and Vancouver police say they are investigating possible other offences connected to the man.

With files from Amanda Wawryk