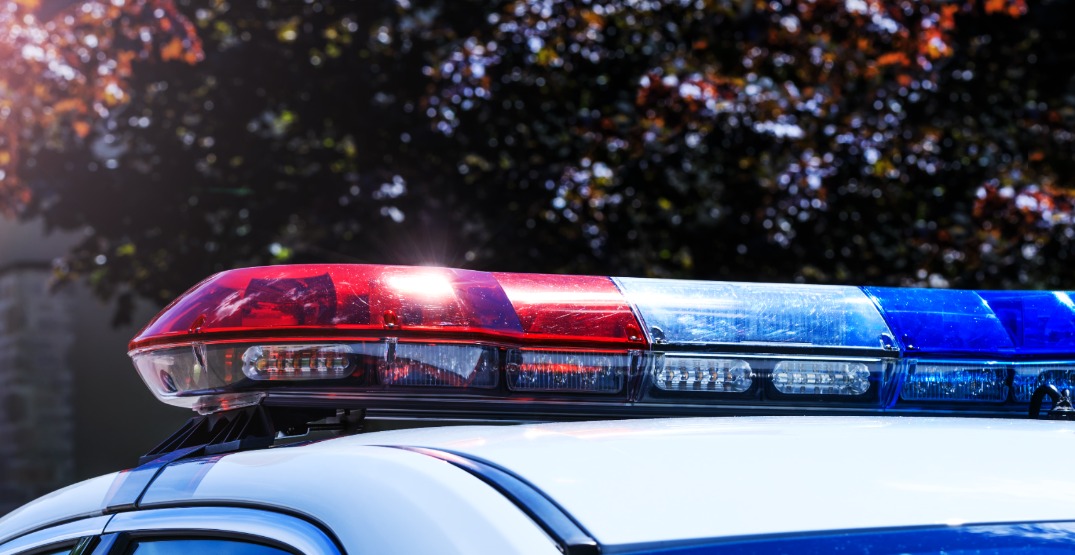 A mom and her toddler were hurt after being knocked to the ground while standing on a curb in Vancouver’s Chinatown area.

Vancouver police are now looking for witnesses in the assault that happened earlier this month near East Pender and Gore.

“This assault occurred in a busy neighbourhood and was witnessed by about a dozen people,” says Sergeant Steve Addison. “Although we’ve spoken to some witnesses, we’re still collecting evidence and we’d like to hear from others who saw or heard what happened.”

Officers were responding to reports of a shirtless man walking in traffic and kicking cars on July 9, around 10:45 am.

In a release, the VPD says the suspect kicked one car so hard that it was dented.

As officers responded, the suspect apparently took off running through Chinatown, striking a 40-year-old mother and her toddler. The mom was knocked to the ground and struck her head. The child suffered multiple scrapes.

The suspect was arrested shortly after on Main Street.

Shakwan David Kelly, 27, was initially taken to jail by Vancouver Police, then released from custody after being charged with mischief, assault, and obstructing a peace officer.

Kelly didn’t show up for his scheduled court appearance on July 12 and is now wanted BC-wide.