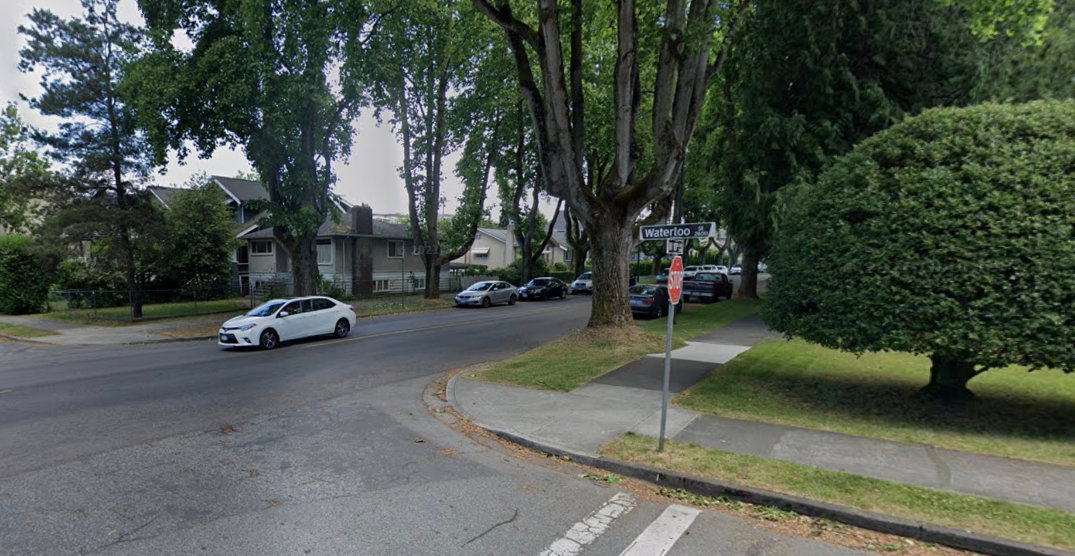 Near where the attack occurred (Google Maps)

Vancouver police are increasing their presence in a Kitsilano neighbourhood after another stranger attack.

In a recent post, VPD shared that a woman was attacked by two strangers on early Monday morning. The attack occurred somewhere near West 10th Avenue and Waterloo Street. The area is a quiet residential neighbourhood.

Police are advising residents in the area that they may see more police officers and community policing volunteers patrolling the area and knocking on doors.

The suspects are believed to be two men in their 20s who had their faces covered at the time of the attack.

Mirella Gibeau is believed to be the victim’s mother and has shared some details about the attack on Twitter.

My 30 yo daughter got mugged on Alma and 10th at 2 am Monday morning. Two masked men. One punched her 7 times in the face!

Meanwhile, police officials have acknowledged the struggles when it comes to stranger attacks in the city.

We know people are concerned when they keep hearing about stranger violence in Vancouver- lots of people are asking what we are doing about it. We continue to make progress and will have more to say in the coming days and weeks. Here’s a reminder of gains we’ve already made.