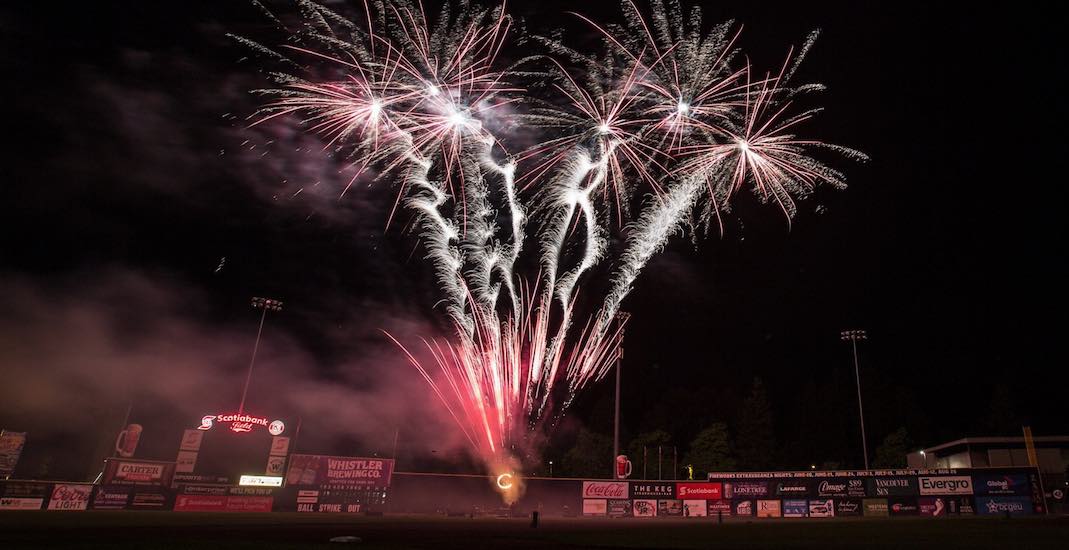 You’ll hear the crack of the bat and the crackle of fireworks when baseball returns to Nat Bailey Stadium.

The Vancouver Canadians have released their promotional schedule ahead of next month’s first pitch. Highlighting the schedule is eight games that will end with a bang, as fans are treated to a post-game fireworks extravaganza.

The Canadians begin their season with a three-game series against Spokane. Fans can enjoy a daytime ball game with a “Nooner at the Nat” (1 pm start) on June 14. The next day fans can take in the first postgame fireworks extravaganza of the season.

Here’s the list of dates that include postgame fireworks:

The Canadians will play 38 home games, including six daytime games and seven “Family Fun Sundays,” where kids receive a free giveaway at the gate and anyone under the age of 12 can run the bases after the game.

Don’t forget to grab your single game tickets starting on Saturday at 10 a.m.

If you have a 2019 NatPack, you can start redeeming your vouchers this week.

On June 18, fans can bring their four-legged friends to the ballpark for Dog Day of Summer. Throughout the season there are tons of giveaways including baseball cards, rally towels, and sunglasses.

Here’s the full promo schedule for the 2019 season: 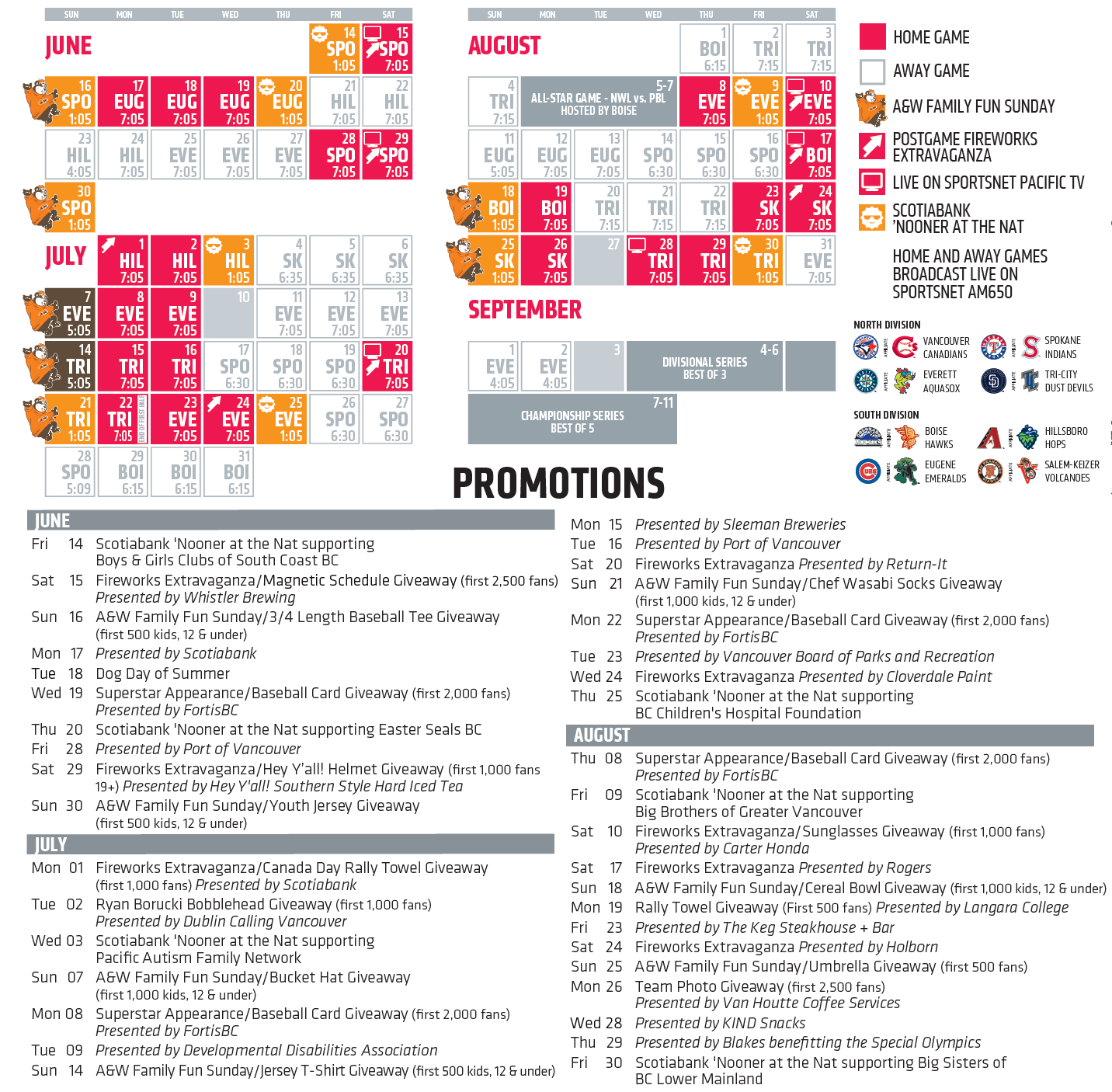 The Canadians led the Northwest League in attendance last season, attracting 239,086 fans to Nat Bailey for a near-sellout average of 6,292 fans per game.

Single game tickets are available beginning on Saturday at 10 am.

Don’t forget that six of this year’s Canadians games will be nationally televised on Sportsnet Pacific.

Here are the games that are televised: