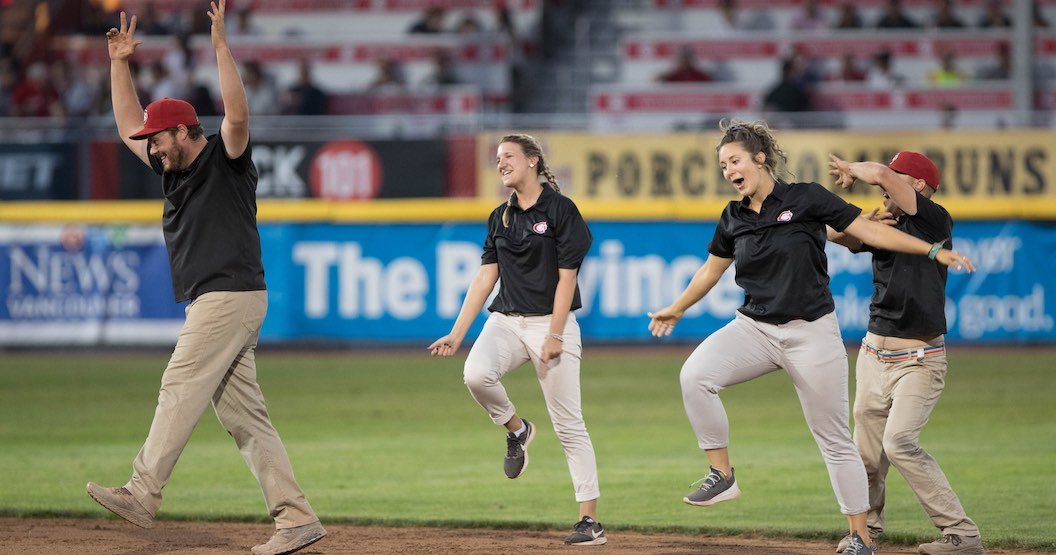 Think you might have the moves to hang with the best in the biz?

For the first time in franchise history, the Vancouver Canadians are holding open auditions for its famous dancing grounds crew.

If you’ve been to a game at Nat Bailey Stadium, then you know that this is not your average baseball grounds crew. While this crew does come out to fix the field, they also drop the tools for a bit to dance in front of more than 6,000 fans. 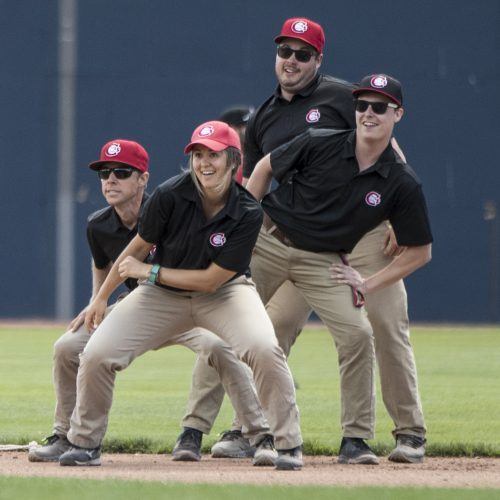 This year, the organization is looking for one lucky fan who would like the opportunity to join the crew.

The auditions are being held as part of the Canadians’ Super Saturday on May 11th starting at noon.

Have you ever wanted to dance with the A&B Tool Rentals Grounds Crew?

Join us at Scotiabank Field on Saturday, May 11th between Noon – 2pm to show us your moves! #AtTheNat | #SuperSaturday pic.twitter.com/j2t7hrDUUq

One of the grounds crew members will take hopefuls through a free dance lesson – a few steps to Taylor Swift’s ‘Shake it Off’- in preparation for their big audition. After the lessons, fans will showcase their best moves for 30 seconds for the opportunity to be chosen to perform with the crew on-field during an upcoming Vancouver Canadians game.

Don’t worry if you can’t make the audition in person. You can share a short video on social media dancing to ‘Shake it Off’ by Taylor Swift and use the hashtag #AtTheNat to have the chance to be apart of the dancing grounds crew.

If you are unable to attend, share a short routine dancing to ‘Shake it Off’ by Taylor Swift with us by using #AtTheNat

We will be teaching a routine from Noon – 12:30pm for all those that wish to audition.