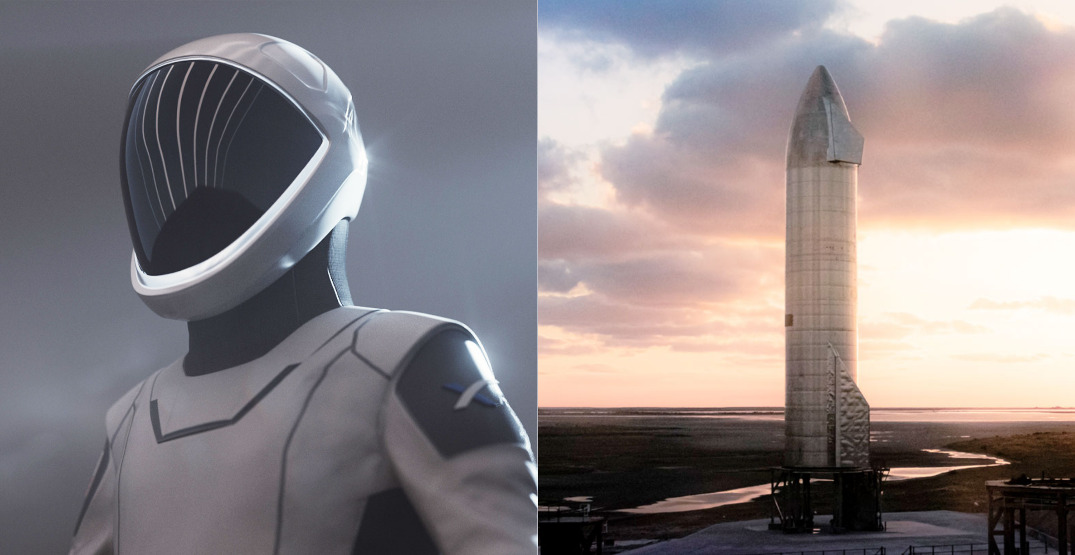 One Vancouver artist is getting ever so close to embarking on the trip of a lifetime as part of the SpaceX dearMoon project.

SpaceX has been on the hunt for eight crew members for a trip that would see the lucky crew circle the moon, with a view to die for.

Vancouver artist Boris Moshenkov is one of 20 finalists.

This journey to the moon is set to launch in 2023, and it is being called the first civilian mission to the moon.

“I think I saw an Instagram or Facebook post, and it basically said we’re taking 8 artists to orbit the moon. The furthest that any man would go,” Moshenkov told Daily Hive.

“A lot of the inspiration for the work that I do comes from meditation, and things that I want to explore within myself. The universe and the unconscious mind are somewhat synonymous. I think the artist’s job is to explore the universe, and risk our life in doing so.”

Moshenkov is originally from Uzbekistan. He moved with his family when the USSR collapsed, and has been in Vancouver since he was seven years old, after a brief stay in Israel.

The wheels were set in motion for the SpaceX dearMoon project thanks to Japanese punk-rocker turned billionaire/entrepreneur Yusaku Maezawa, who purchased all the seats aboard the rocket. His plan was to give as many talented people as possible the opportunity to go.

Moshenkov told Daily Hive that the process thus far has been rigorous, to say the least, but those were all the details he could divulge.

Can’t express well this feeling of when wearing a Spacesuit. The feeling of great excitement and relief.
1/3 of my training in Russia is over. Will continue to work hard for launch on Dec 8th!#spacesuit #soyuz pic.twitter.com/FwD4ztqfkw

Moshenkov outlined why artists and creatives were who Maezawa sought on this historic trip.

He first pointed out that Maezawa was the man who landed a $110 million Basquiat painting in an auction. He pondered how an artist like Basquiat may have reacted to a trip into space.

“Could you imagine what more he could have created for us?”

Imagine if great artists like Leonardo da Vinci, or Samuel Morse got to explore space. What would that have inspired them to create?

Moshenkov hopes to find that out for himself.