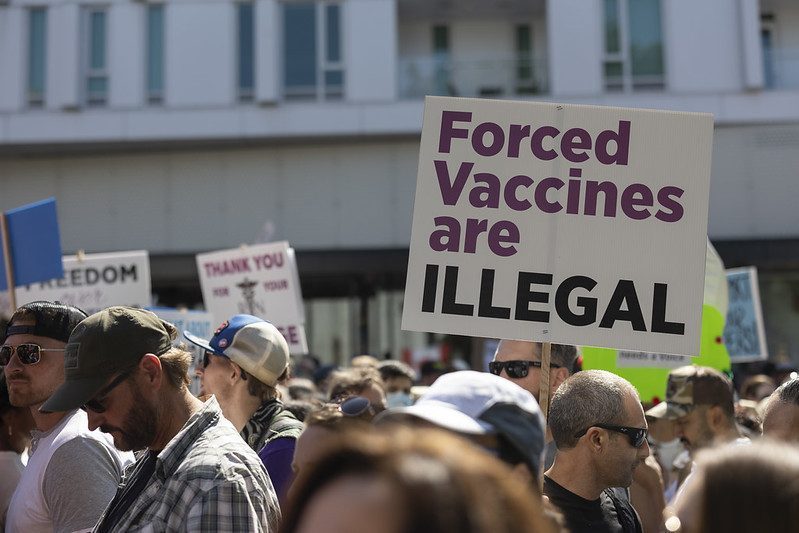 According to the Canadian Frontline Nurses group, another protest is set for Monday, September 13 at 2 pm in front of the Vancouver General Hospital.

That is the same day the BC Vaccine Card will come into effect.

On September 1, the group organized a well-attended protest that started at VGH and blocked traffic, disrupted vulnerable patients, and slowed down first-responders.

The anti-vaccine “My Body My Choice” rally on September 1 also flooded the area around Vancouver City Hall on West 12th Avenue and Cambie Street.

The protest was met with criticism from the public as well as Vancouver Mayor Kennedy Stewart.

“Go the hell home,” he said in a tweet. “So when I see folks blocking healthcare workers who are working flat out to save people dying of COVID, it makes me sick.”

Additional protests with the “National Health Freedom Movement” will take place across BC and Canada. They are protesting mandatory vaccine policies in Canada including the recent implementation of vaccination cards.

At a news conference Wednesday, Health Minister Adrian Dix was asked about the province getting injunctions to prevent hospitals from being blocked and says “options are being reviewed.”