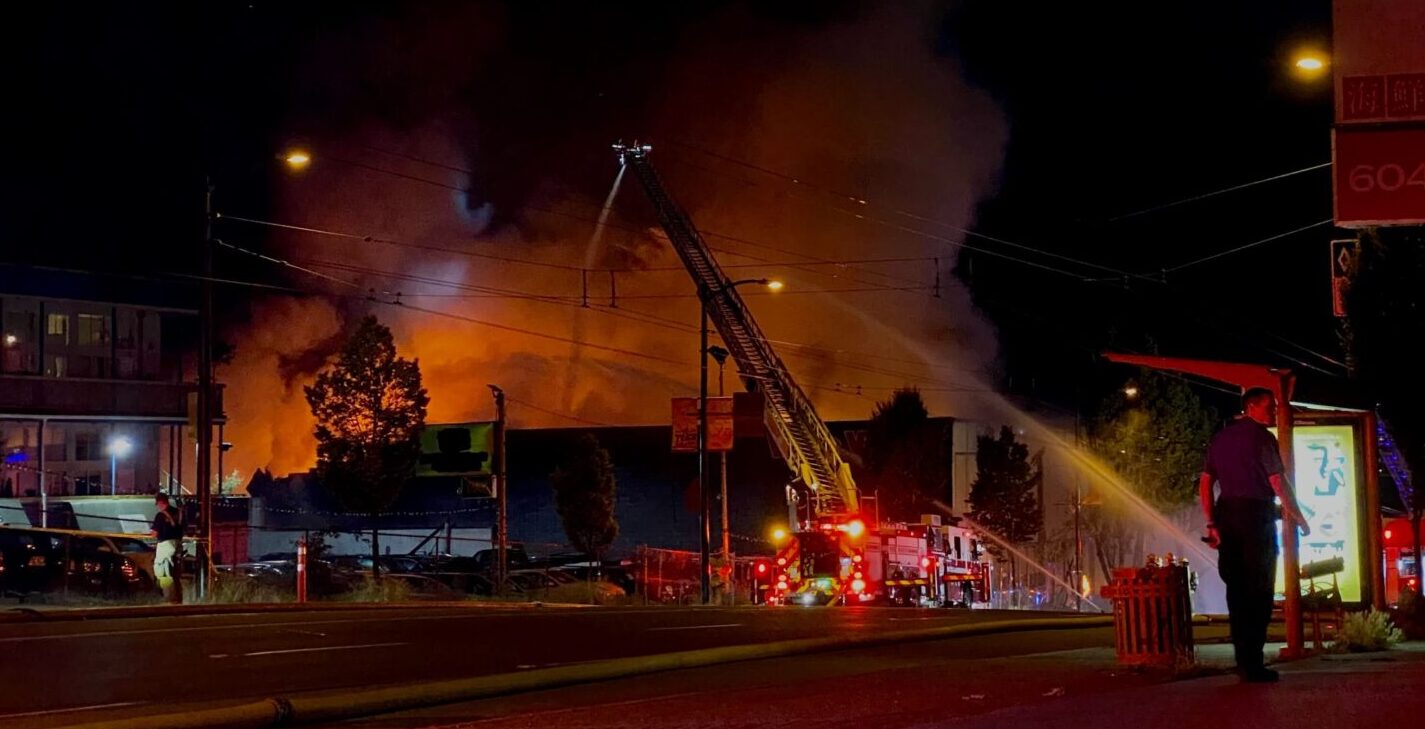 A Value Village store in East Vancouver appears to have been destroyed after a ferocious fire.

Firefighters and billowing smoke were coming from the Value Village near Victoria and Hastings, and police were called to the scene.

Daily Hive reached out to the Vancouver Police Department (VPD), which said that the cause of the fire was still unknown.

“Fire investigators will be on scene today to determine cause of fire,” VPD said in an email. “At this point, it is still unknown if it was an arson or not. Hope to have more info later today.”

Those living around the site have been posting photos and videos of the huge fire.

But even people much further away were able to see it.

One Twitter user shared an image of the smoke as seen from the North Shore.

Value Village in Vancouver on fire, as seen from the north shore. pic.twitter.com/ypG6QoN6aX

Another brought up the smell caused by the fire, and advised downtown residents to keep their windows closed.

Smoke over downtown Vancouver drifting a long ways from the massive Value Village #fire in #vancouver. It smells terribly- might want to turn off your air conditioning and close your windows! #downtownvancouver pic.twitter.com/O9Yd7HQ7sc