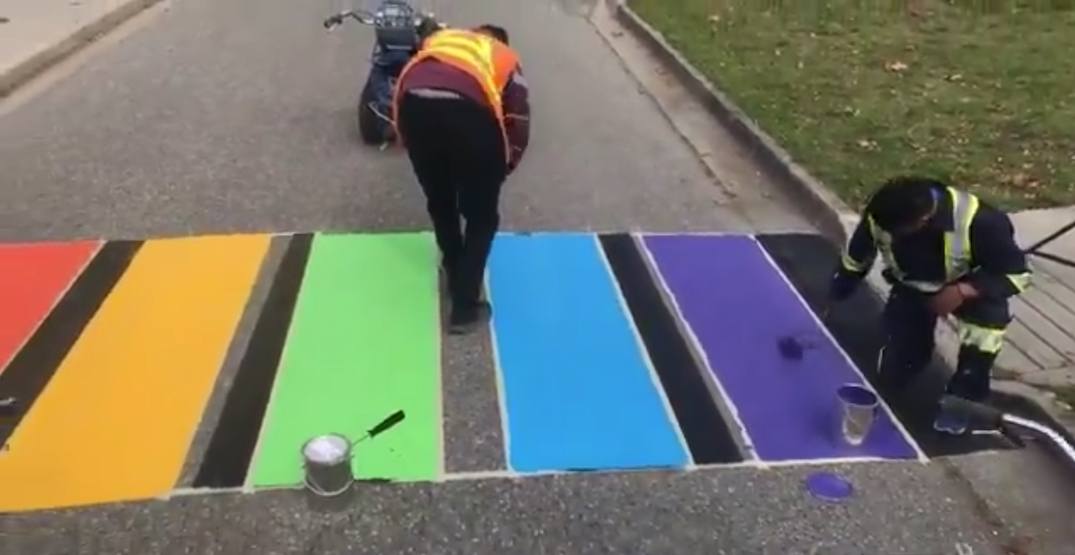 In an apparent response to the City of Chilliwack’s recent decision to reject a rainbow-coloured crosswalk that acknowledges and celebrates the LGBTQ community, the University of the Fraser Valley has made its own on-campus installation.

The crosswalk was painted earlier this week at the institution’s Chilliwack campus.

In early September, Chilliwack city council turned down the controversial installation over concerns that it would be “divisive” and a “political statement” that was “not an appropriate use of tax payer’s dollars.”

A public outcry followed over the decision, with a resident deciding to paint a crosswalk on their own property and Chilliwack School Board voting to paint an installation in the parking lot of the school district’s office.