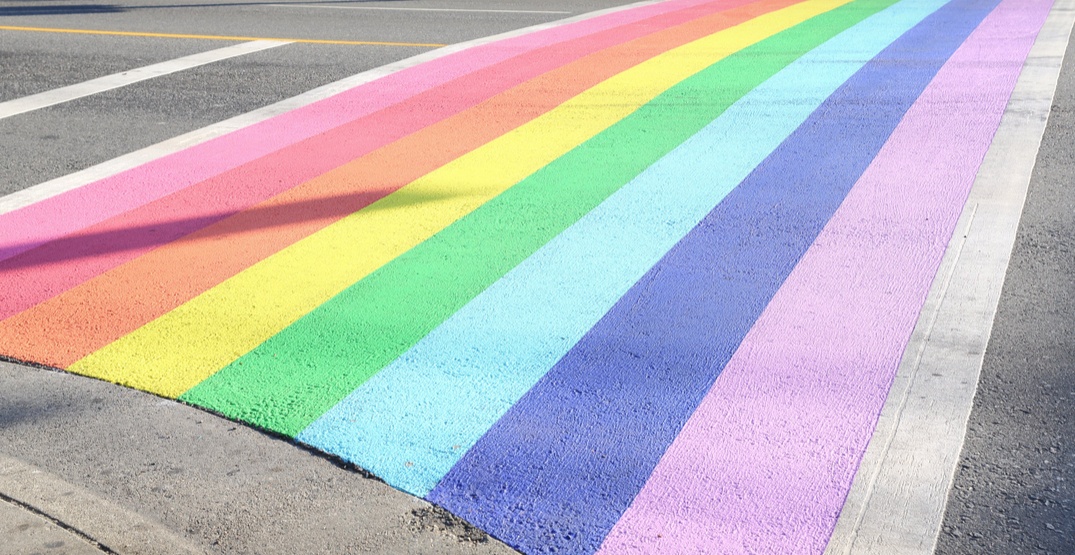 While multiple cities in BC’s Lower Mainland have recently approved the painting of colourful rainbow crosswalks symbolizing support for the LGBTQ+ community, Chilliwack has just rejected the idea.

On Tuesday, the majority of Chilliwack city council members struck down a request to have a rainbow crosswalk painted in the community’s downtown district.

Dozens of LGBTQ allies and supporters wearing bright colours and rainbow flags watched on from the gallery as several councillors took time to defend their decision, stating that painting a crosswalk was “divisive” and a “political statement” that was “not an appropriate use of tax payer’s dollars.”

The discussion of rainbow crosswalk begins in the video below at the 6:15 mark

But instead of standing as inclusive allies to the city’s LGBTQ community, many city councillors sounded like they were making excuses.

Here are some of the ridiculous reasons Chilliwack city councillors provided for rejecting a rainbow crosswalk in the city:

Counc. Sue Knott gave several reasons for not supporting the crosswalk. She said she’s concerned with making a political statement, and vandalism. She also thinks the crosswalk won’t “change attitudes.”

“When it comes to painting a rainbow on a crosswalk or baby feet, crosses, anti-immigration or anything else, it becomes a political statement. It also becomes a target for vandalism and a canvass for intolerance and hate,” she said.

In order to create an inclusive society, Knott suggested some alternative options.

“Get to know your neighbours, listen to one another, invite the new immigrant, the gay couple, the lonely senior or the marginalized to join you. Openness, empathy and respect starts in the heart of every citizen and it begins with each of us.”

Ultimately she said she doesn’t support the rainbow crosswalk because taxpayers are not “paying [city council] to make political statements. ”

“I’ve always taken the responsibility of spending taxpayer dollars extremely seriously and this is not an appropriate use of taxpayers’ dollars. ”

“Sidewalks are a safety feature”

Counc. Harv Westeringh was concerned about the safety of citizens using the crosswalk.

“A concern that I have as well is that I think sidewalks are a safety feature and to deviate from the uniformity of that, I don’t think that’s necessarily a good thing.”

Westeringh said that with emails council has been receiving for or against the issue has made him believe that the crosswalk was more of a “divisive factor.”

City council isn’t “in the business of decorating crosswalks” 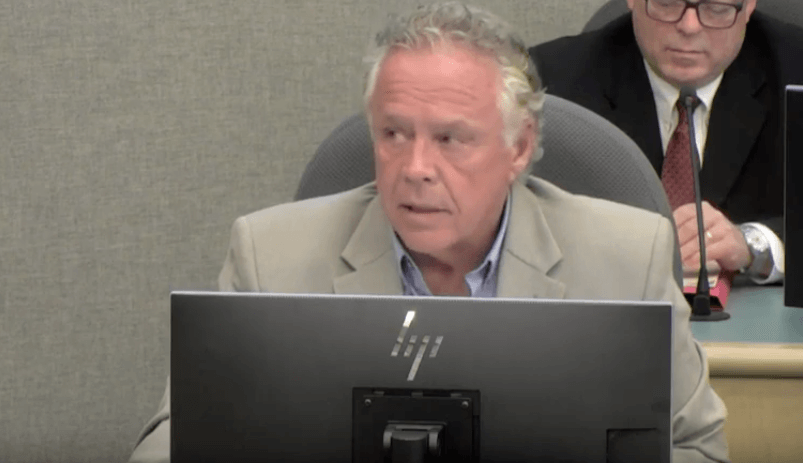 Counc. Bud Mercer also spoke about the emails he’s received from members of the public sharing their thoughts about the crosswalk.

“You know, I’m not sure where this would stop if it started and it’s not dozens of emails, it’s hundreds of emails that we’ve received. I know there’s not a day that I don’t log on that I have 15, 20, sometimes 30. I had at least that on Saturday morning alone that all spoke against it,” he said, agreeing with Counc. Westeringh that the issue is very “divisive.”

“But for me, it’s where it would end and I notice that we got one application or one email that the line was a pro-life crosswalk and I think that’s just the first of many that we’re going to receive and I don’t think the city council, for me, is in the business of decorating our crosswalks. I don’t think it’s our business to be political on the issue.”

The crosswalk would “divide the city”

“This has become an issue that really has become more divisive within the community than inclusive as the applicants were trying to achieve here,” stated Counc. Jeff Shields, who says it’s the job of elected officials to “bring the city together.”

“And I think just by the feedback we’ve been getting in the last month probably, this is not really bringing our city together and I don’t think it would be in our best interest to start a precedent here for putting in sidewalks for various groups,” he continued.

“That’s just going to divide the city and I don’t think we need to start that so I’m not in favour of changing the current guidelines.” 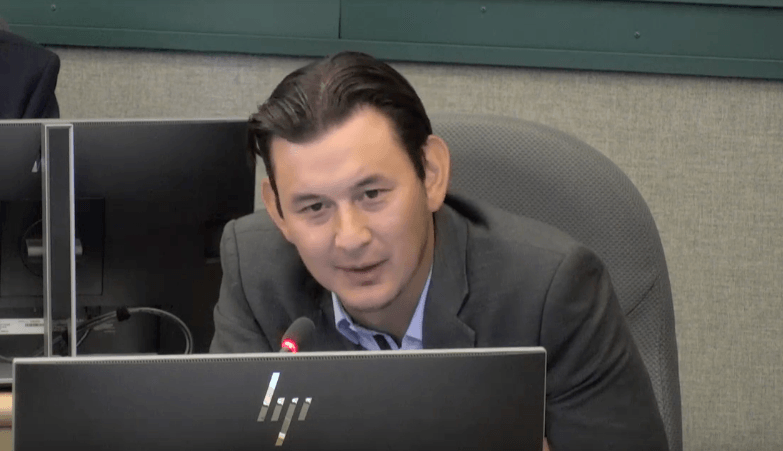 Counc. Jason Lum was the lone councillor who spoke out in support of the crosswalk and addressed how the issue has brought out hate and intolerance in the community.

“I’ve received multiple, multiple emails some of them borderlining on hate and intolerance and ignorance and some of them fear, and what it’s done is it’s made me… it’s made me disheartened by the community by the that we live it,” he said.

“But it’s also identified we have a long, long way to go to understand tolerance and to understand each other here in the community and if it were up to me today I would revise the policy directive.”

Mayor wants Chilliwack to be a “happy town”

Chilliwack Mayor Ken Popove closed the discussion by saying he doesn’t “have a problem” with the crosswalks but as the mayor, he has “to take a stand back and … look at the precedent it would set.”

Popove agreed with Counc. Lum, admitting Chilliwack has “some work to do” when it comes to tolerance and acceptance.

“I want Chilliwack to be a happy town. I want everybody to get along, understand everybody’s faith base, sexual preference all those and work together. So for right now, I am going to support staff’s recommendations but just so folks know that I don’t have a problem with it at this point.”

Other cities have painted rainbow crosswalks and have still, somehow survived 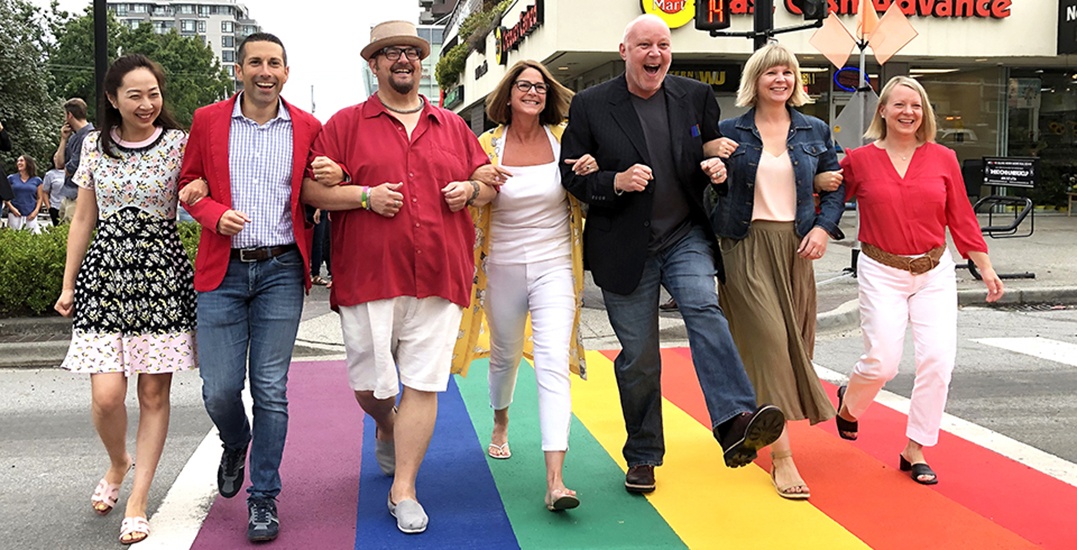 In case Chilliwack city council wants to revise this issue, they could take note Surrey, Richmond, North Vancouver, Port Moody, and Burnaby have all unveiled rainbow crosswalks in the past year and still seem to be doing just fine.