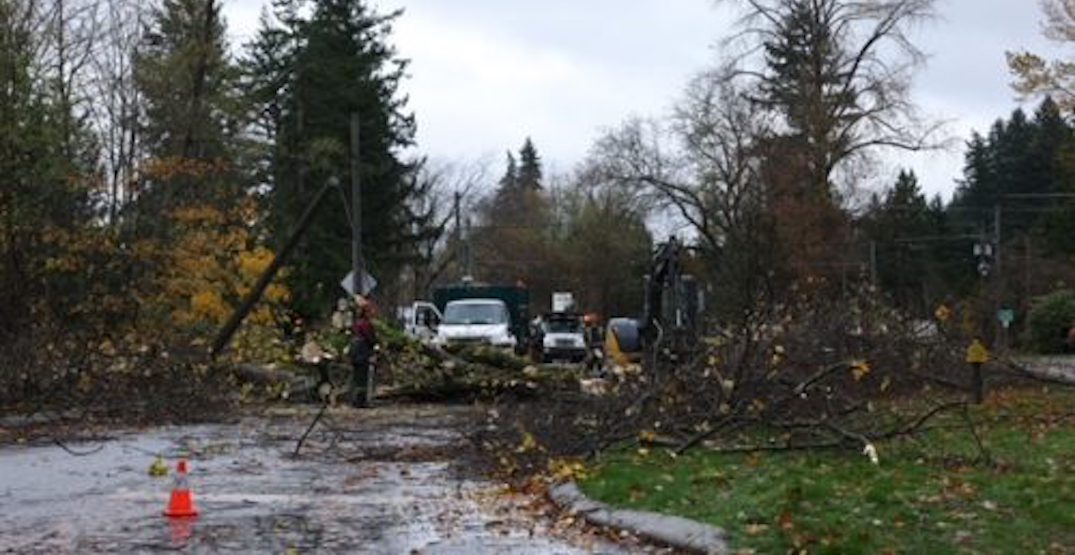 As of this morning, following Saturday’s storm, the TransLink bus service impacts into the University of British Columbia campus have changed.

University Boulevard, one of the main roads into UBC, remains fully closed after a tornado ripped through the area and caused many trees to fall onto the road.

It is expected to take city crews several days to remove the debris from the roadway and ensure other trees and branches are not damaged and at risk of collapse. As well, TransLink crews also need to repair the damaged trolley wires and poles in order to resume regular service.

Bus routes that were detoured to West 16th Avenue on Sunday are no longer taking that route. Instead, the No. 4 UBC/Downtown/Powell and No. 14 Hastings/UBC trolley buses are terminating at Blanca bus loop.

Passengers at Blanca bus loop will then take the 99 UBC B-Line for the remaining leg to reach campus. The 99 B-Line is currently making a detour on Chancellor Boulevard west of Blanca Street.

Additionally, shuttle buses are being added between Blanca bus loop and UBC to accommodate any extra passengers.

TransLink is advising passengers to allow for extra travel time until further notice.