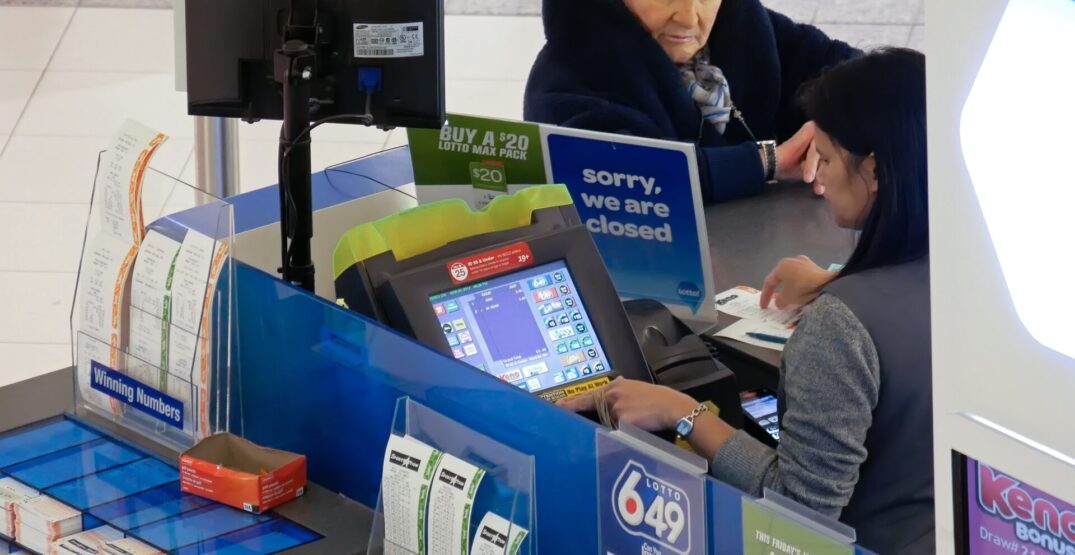 Even when millions are up for grabs, sometimes there are unclaimed lottery tickets in BC.

Daily Hive connected with Shelley Wong from BC Lottery Corporation (BCLC) Media Relations to learn more about what happens when winning tickets aren’t cashed in.

As it turns out, BCLC is still waiting for one winner of a $15 million ticket to come forward – and the clock is ticking.

Are there unclaimed lottery tickets in BC?

“Most unclaimed prizes are for a small amount such as a few dollars. It is extremely rare for major prizes of $10,000 or more to go unclaimed.”

Wong said that unclaimed winnings from national lotteries like Lotto 6/49 and Lotto Max are used in future draws and promotions.

“For BC lotteries, like BC/49, unclaimed winnings go back to the Province of BC for the benefit of all British Columbians,” said Wong.

Thanks to our players, the Province of B.C. provides $140 million yearly to not-for-profit orgs through the Community Gaming Grants program. This month, the Province provided an additional $3.8 million.

How long do lottery winners have to come forward?

According to BCLC, lottery players have 52 weeks from the date of the draw printed on the ticket to come forward and claim their prize.

“When a winning ticket for a prize of $500,000 and above is set to expire, BCLC works to raise awareness through social media and media outreach to help remind players to check their tickets in the hopes of finding the winner,” said Wong.

Are there any unclaimed big wins in BC?

If they no longer have the ticket but their numbers won, are they still eligible?

“BCLC has a dedicated team of lottery investigators that support prize claim processes to verify rightful owners of tickets prior to prize payment,” said Wong.

“To ensure the integrity of the process, we are unable to share specific details but advise any players who have questions about lottery prizes to contact BCLC.”

How do you check if you won?

BCLC also has its own app where you can scan your ticket to see if you won.

After winners come forward to claim their prizes, BCLC releases information about the winner’s name and where they bought their winning ticket.

You could be next!