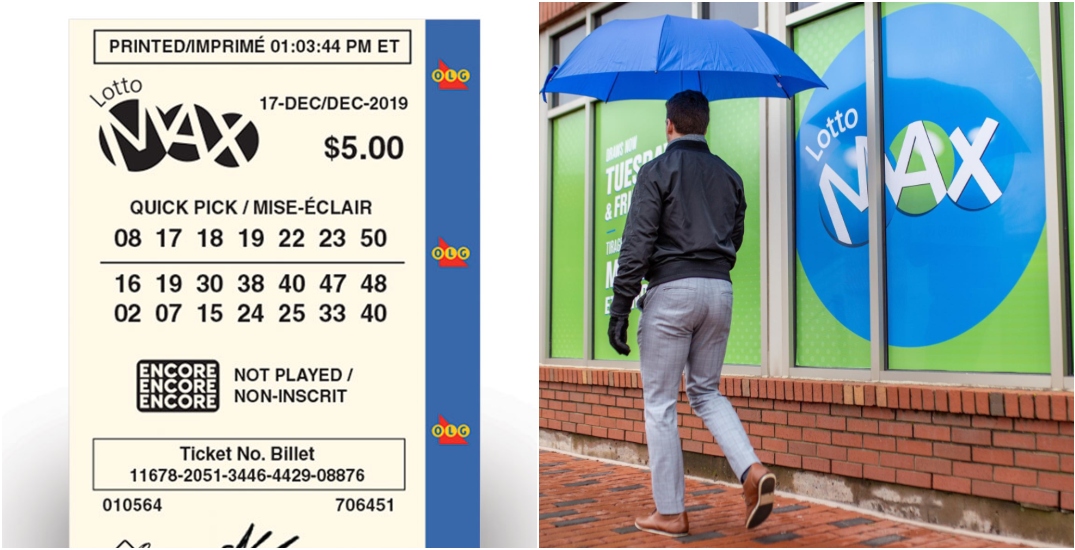 “It’s rare for a prize this high to go unclaimed,” said OLG Spokesperson Tony Bitoni, adding that only 1% of the prize goes unclaimed.

Bitoni said that people tend to put their tickets in jacket pockets where they sit forgotten in the closet when the weather changes. Other tickets end up in glove compartments or junk drawers. And it looks like lottery tickets end up in jean pockets often enough that OLG has a CSI-like office that works to reconstruct these washed and dried pieces of paper.

Although the corporation has the information on all the tickets sold, tracking down winners is difficult if they pay by cash or purchase theirs from small mom-and-pop shops where security footage resets.

In one instance, security technology was certainly a huge help when someone in Ontario had won $50 million but still hadn’t come forward almost a year later.

“We would keep putting out these news releases to remind people but we were coming down to a year,” recalled Bitoni.

So investigators secured footage from the Shoppers Drug Mart where the ticket had been purchased. It turns out the winner had also used a credit card and their loyalty card.

As the deadline loomed, Bitoni said they felt compelled to approach this person.

It turned out to be a middle-aged woman who lived in Hamilton and worked in Cambridge. She worked across the street from the Shoppers Drug Mart and admitted that she didn’t follow the news.

As for the ticket, she no longer had it.

“She believes because she buys tickets on a regular basis, she had a pile of tickets and may have just not checked them and thrown out the pile,” said Bitoni.

However, they were able to match her purse and her jacket in the CCTV footage and, after asking her questions, they determined that she was the rightful owner of the winning ticket.

“It was wonderful, I was actually there when we told her she won the money,” recalled Bitoni. “That was a once-in-a-lifetime opportunity that I was able to experience.”

As for unclaimed tickets for LottoMax 6/49, the money goes back into the prize pool. But what happens if someone comes forward after the deadline?

“They’d have to have a really good reason (to claim tickets) past a year,” he said. “It’s a case-by-case basis and we determine if they’re the rightful owners of the tickets.”

That’s why Bitoni is urging people to check and sign their tickets immediately after the draw.

Or, better yet, buy your ticket online.

“They have your name, email, and all that so when you buy a ticket and win something, even a free ticket, you get an email,” he said.

But, of course, make sure to check your email.