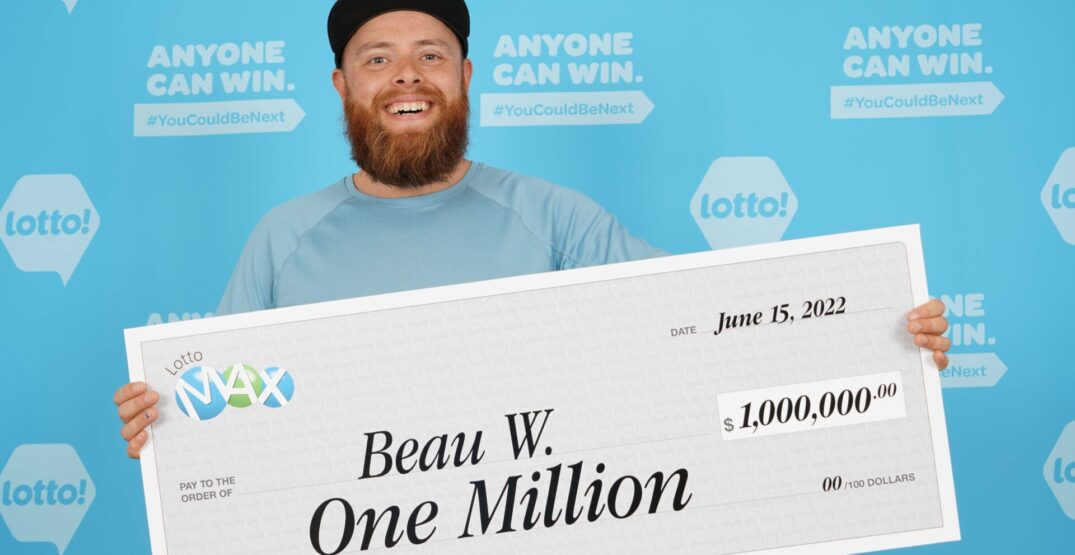 With all the giant $60 and $70 million dollar lottery jackpots out there, it’s easy to forget that even winning $1 million in the lottery can be life-changing.

He won a $1-million Maxmillions prize from the June 7, 2022, Lotto Max draw, and the big jackpot is still up for grabs. The winning ticket was purchased from the Shoppers Drug Mart on West Saanich Road on Vancouver Island.

“I was at a Save-On-Foods and had to check my ticket five times because I didn’t believe it,” said Williams in a BC Lottery Corporation release.

“I gave it to the cashier to check and I was in disbelief.”

“My girlfriend was the first person I shared the news with — she was excited, and also in disbelief!”

Now, he’ll put the money towards travelling and eventually buying a home, saying that the win “takes a lot of stress off.”

“I’ve always wanted to do a road trip across Canada. A couple years ago, my girlfriend and I were going to drive across the country and then COVID hit.”

A million dollars will buy you a lot of gas these days, so hopefully, Williams, Canada’s newest millionaire, can take that road trip he’s always wanted.

Of course, the average house price in BC is more than a million dollars, so Williams might not be quitting his day job any time soon.

The next Lotto Max draw is Tuesday, June 21 and there are $68 million in prizes to be won. You can learn more at BCLC.com.