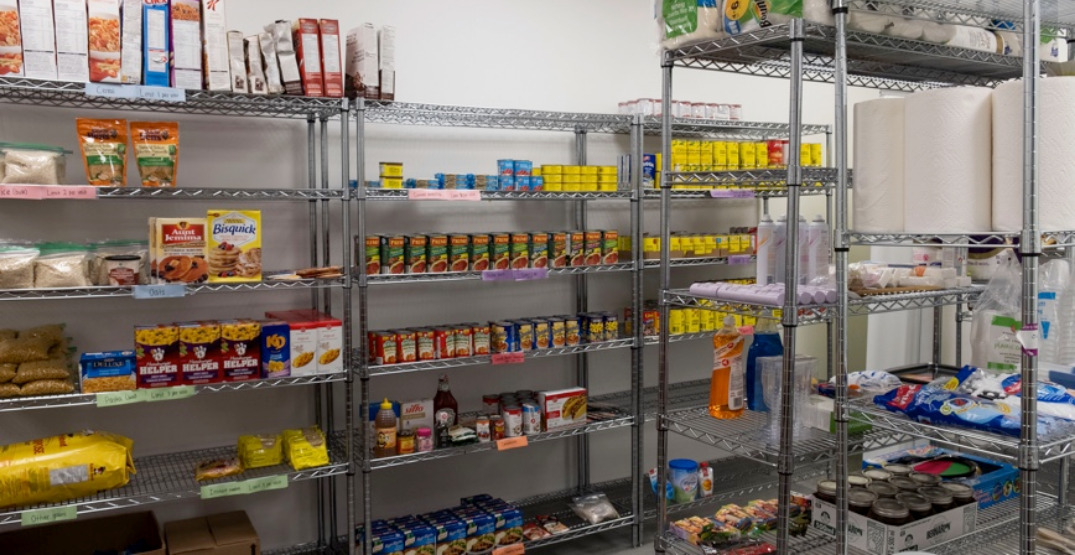 The UBC Alma Mater Society (AMS) Food Bank has been seeing heavy demand in the last five months, which is leading to some concerns about food insecurity.

The AMS food bank saw 2,420 visits between May 2021 and October 14, 2021, according to Student Services Manager Mitchell Prost, in a report by Ubyssey.

The AMS will be hiring more volunteers to keep up with the demand, but they’re still trying to pinpoint the main driver behind the increase.

A couple of possibilities that Prost points to include COVID-19 and the return to campus for UBC students.

Food insecurity is something that the AMS is concerned about.

According to the UBC Food Insecurity Initiative, food insecurity refers to “inadequate or insecure access to food due to financial constraints.”

The Canadian household average of food insecurity is 8.8%, however, food insecurity actually affects 35-40% of post-secondary students, according to a Statistics Canada report from 2017/2018.

The AMS food bank was initially mandated as emergency relief for students. However, due to the increased demand, students can currently access food bank services up to 16 times in one term.

While the food bank receives a stipend from the UBC President’s Office, it operates primarily on public donations. $65,000 was recently allocated to the food bank by the university.

Prost adds that he hopes people talk about food insecurity more openly, in order to reduce the stigma that surrounds it, and to allow students to access the services they are in dire need of.